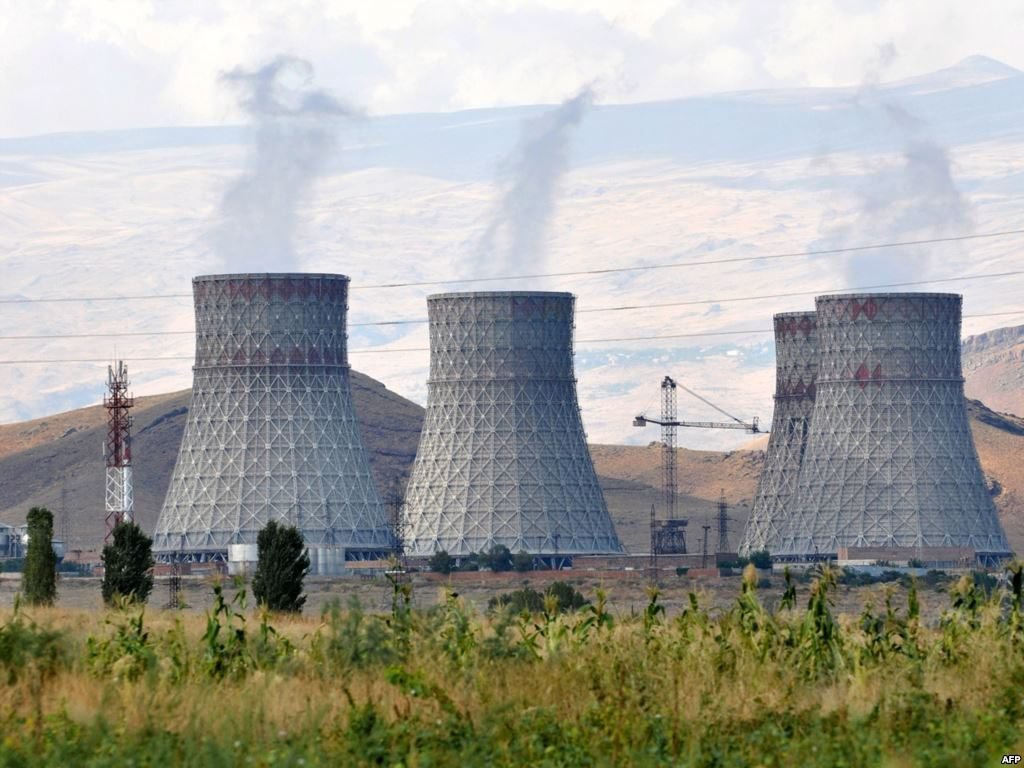 An undated photo of Metsamor nuclear plant near the Turkish border in Metsamor, Armenia.
by DAILY SABAH Dec 02, 2020 1:40 pm
RECOMMENDED

Once Armenia's defeat against Azerbaijan was put on paper, some Armenians, struggling to face reality, brought up nuclear weapons as a form of potential retaliation. These discussions, however, ignore the fact that Armenia does host nuclear power on its soil but in the form of a decaying Soviet nuclear reactor – a ticking bomb that is not only a threat to Armenia itself but its neighbors as well.

The Metsamor nuclear power plant, located just 16 kilometers (10 miles) from the Turkish border, is one of the oldest nuclear facilities in the world. Built back in 1976, the power plant consists of two VVER-440 Model V270 nuclear reactors, known to be some of the oldest and least reliable reactor models still in use.

Apart from unreliability issues, the power plant also lacks adequate earthquake resistance. While the volcanically-active region is at risk of earthquakes up to magnitude 8, the power plant can only endure a magnitude 7 earthquake, at most. Due to all these issues, Soviet authorities shut down the facility in 1988. However, Armenia reopened it in 1995 due to energy scarcity. Currently, the facility meets nearly 40% of Armenia's energy needs, thus the security concerns are often ignored.

After the collapse of the Soviet Union, the European Union increased its efforts to shut down most Soviet-era nuclear power plants, particularly those in Bulgaria and Slovakia that pose any possible threat.

Similar efforts were made for Metsamor, considered to be the most dangerous of them all, but in vain. Armenia rejected the EU's call to shut down Metsamor in exchange for 200 million euros ($226 million) to help meet the country's energy needs. Giving up on its hopes of closing the facility, the EU instead provided aid to improve the safety standards at the power plant.

Although Armenian officials and the International Atomic Energy Agency (IAEA) claim that there have been major safety upgrades at the facility over the past 20 years, making it no less safe than any other nuclear power plant, given the VVER-440s do not have a containment structure, a characteristic shared with the infamous Chernobyl, its security insurance is still questionable. In fact, many experts still consider it to be one of the world's most dangerous nuclear facilities.

The original closing date of the facility was determined as 2016. However, following an agreement with the Russian state nuclear agency, Rosatom, this date was pushed back to 2026.

The city of Metsamor, which was initially built as a "model" Soviet city, currently has a population of more than 10,000 people. According to a May 2019 article by Daryl Mersom on the BBC, the city suffered greatly from power shortages during the brief shutdown of the plant.

Mersom said for the locals those memories were still very real, pushing them to accept the power plant despite its high safety risk.

Its presence, however, does not only affect the host city, it affects neighboring countries like Turkey as well.

In 2009, the Turkish Atomic Energy Authority (TAEK) warned about the danger of three nuclear power plants, including Metsamor, in neighboring countries.