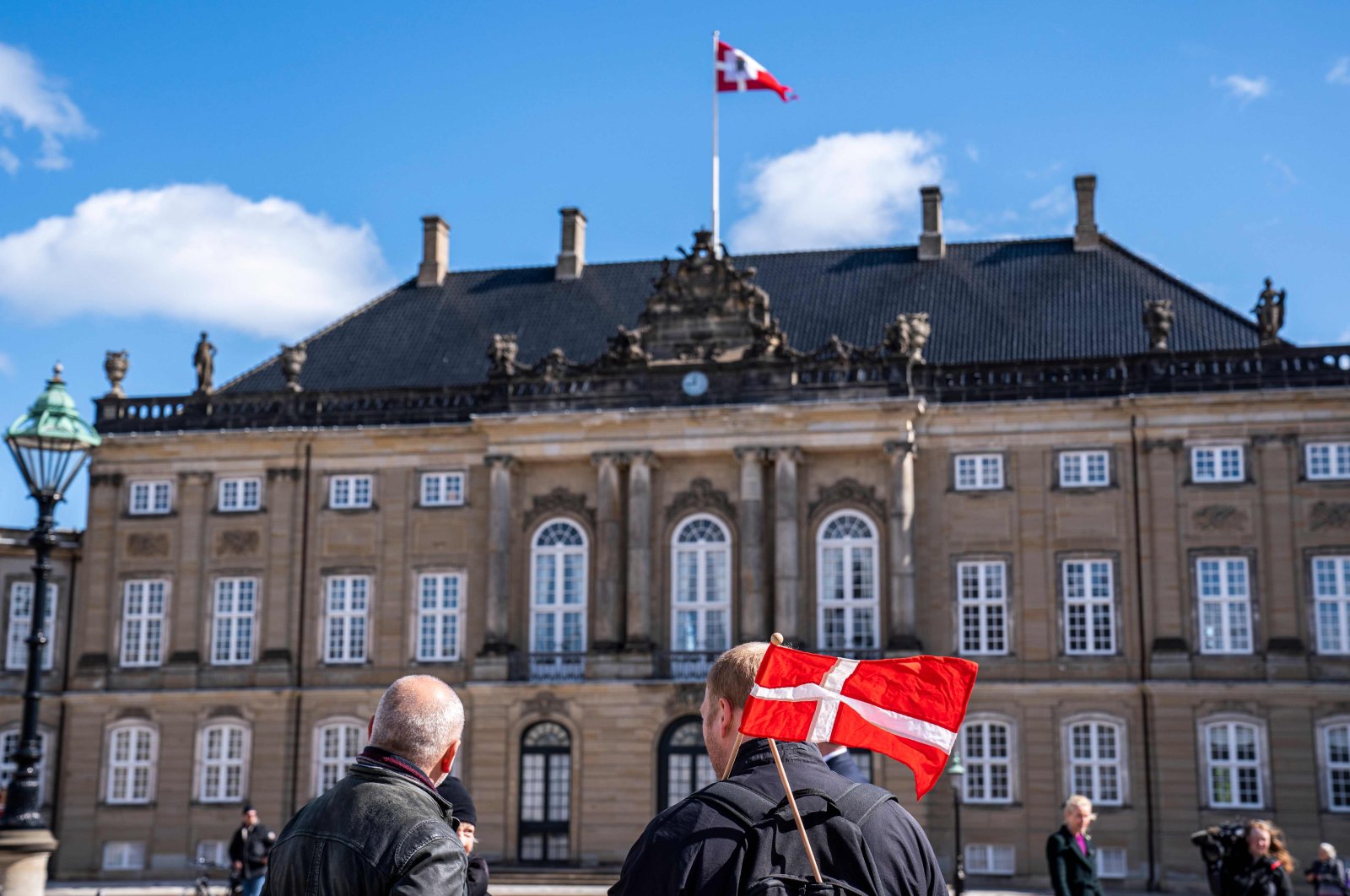 People are seen at Amalienborg Palace Square to mark the birthday of Danish Queen Margrethe in Copenhagen on April 16, 2020. (AFP Photo)
by Agencies Apr 23, 2020 3:47 pm
RECOMMENDED

An economic aid package being prepared by the United States government for Greenland is drawing criticism in Denmark less than a year after it rebuffed U.S. President Donald Trump's offer to buy the vast Arctic island.

The U.S. ambassador to Denmark said in an op-ed this week that the government is working on "a substantial package of economic aid" to Greenland.

"They have clearly crossed the line," said Karsten Honge, member of the foreign affairs committee for the Socialist People's Party, a government ally.

"It's completely unheard of that a close ally tries to create division between Greenland and Denmark this way," he said.

"This is an attempt to bribe the Greenlandic people with the aim to increase their military presence there," Honge added.

Soren Espersen, a member of the Danish parliament's foreign affairs committee for opposition party The Danish People's Party, called the U.S. offer "an insult" to Greenland and Denmark.

The Arctic island is important for the U.S. military and its ballistic missile early warning system, as it balances a Russian and Chinese commercial and military buildup in the Arctic.

Greenlanders said Thursday they welcome reports that the U.S. wants to invest in their island, but the money has to come without conditions.

The U.S administration is expected to announce the opening of a U.S. Agency for International Development office at the new American consulate in the capital, Nuuk, and at least $12 million in new aid projects.

"The Americans are welcome if they want to invest in Greenland,” she told The Associated Press (AP). "But it is important to make sure that Greenland doesn’t owe anything back to the United States. We are skeptical about what they really want besides influence.”

She added that it must clear "what the money should be spent on.”

Jon Rahbek-Clemmensen, an associate professor with the Royal Danish Defense College in Copenhagen, said the U.S. has been missing out on its Arctic strategy, giving Russia and China a head-start in the Arctic, and is now coming back with a large sum of money.

Last August, Trump’s desire to buy Greenland emerged in press reports in Washington. Inuit Premier Kim Kielsen said then that the island was not for sale, adding: "Greenland is not Danish. Greenland is Greenlandic. I persistently hope that this is not something that is seriously meant.”

Retreating ice could uncover potential oil and mineral resources in Greenland which, if successfully tapped, could dramatically change the island’s fortunes. But no oil has yet been found in Greenlandic waters and 80% of the island is covered by an ice sheet that is up to 3 kilometers (2 miles) thick, which means exploration is only possible in coastal regions.

Even there, conditions are far from ideal, due to the long winter with frozen ports, 24-hour darkness and temperatures regularly dropping below minus 20 Fahrenheit (minus 30 Celsius) in the northern parts.