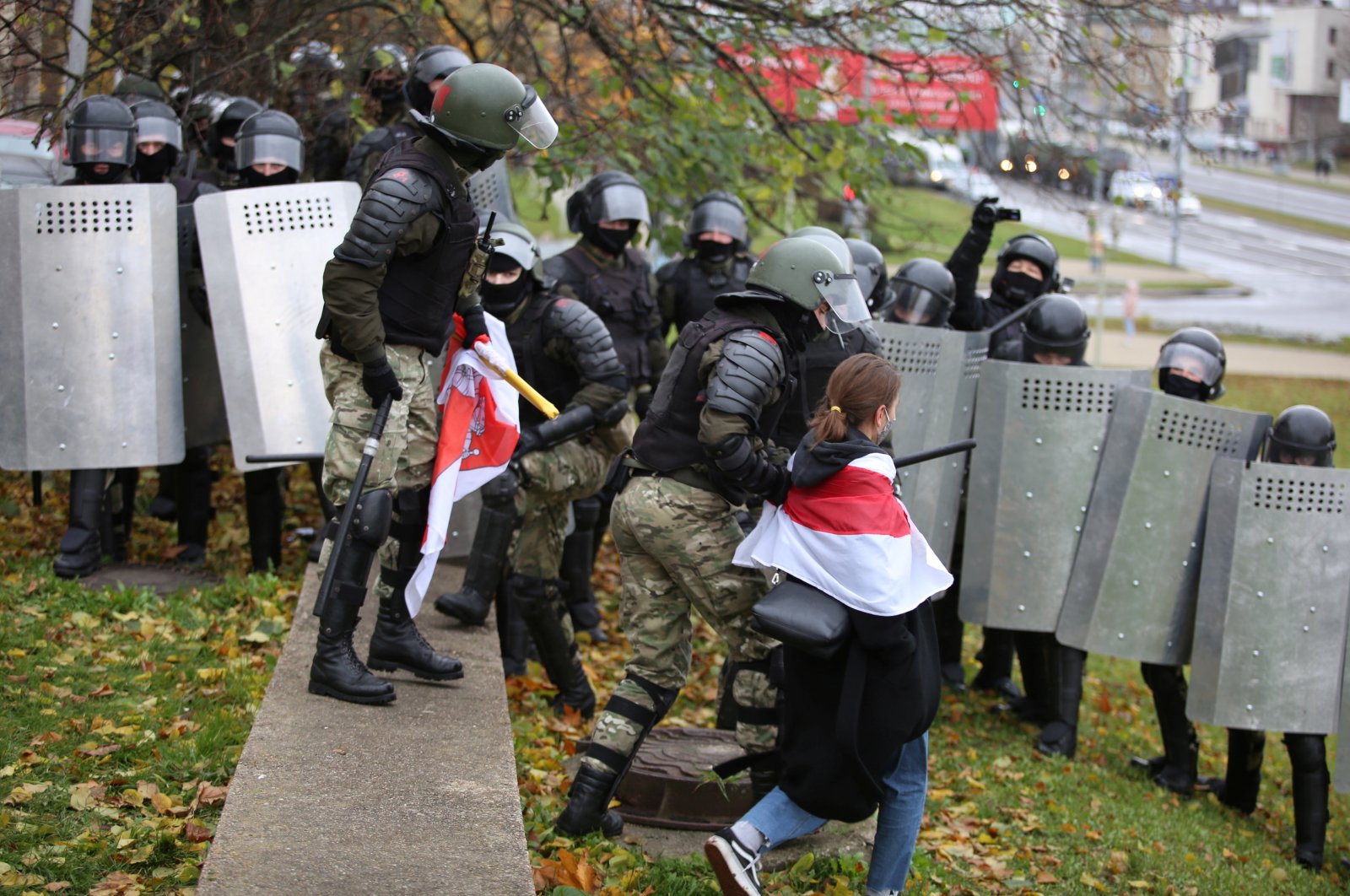 A woman wearing a historical white-red-white flag of Belarus is taken away by a law enforcement officer, Minsk, Nov. 8, 2020. (REUTERS Photo)
by REUTERS Nov 08, 2020 2:37 pm
RECOMMENDED

Videos shared by independent local media showed members of the security services armed with batons chasing after some individuals in a public square, then rounding them up and putting them into vehicles. Reuters was not able to independently verify the footage.

The Viasna Human Rights Center, which is not registered in Belarus, said at least 340 people had been detained.

Russian news agency TASS cited a spokesperson for the Minsk branch of the Belarus interior ministry, Natalya Ganusevich, as saying that around 10 people had been detained.

As has become the norm in Minsk ahead of protest days, mobile phone internet services were disrupted, some main streets were closed and several metro stations in the city center were shut. On Sunday, this included all four metro stations of a new line that had only opened on Saturday.

A few thousand people gathered by a monument in central Minsk for the start of Sunday's march, local media reported. The crowd was subsequently dispersed by police and splintered off into several columns marching through the city.

The country is in a political crisis as tens of thousands of Belarusians have taken to the streets each week since the Aug. 9 election, calling for Lukashenko, in power for 26 years, to resign. Thousands of people have been arrested at the demonstrations, and rights groups say hundreds of detainees have reported being subjected to beatings and other abuse.