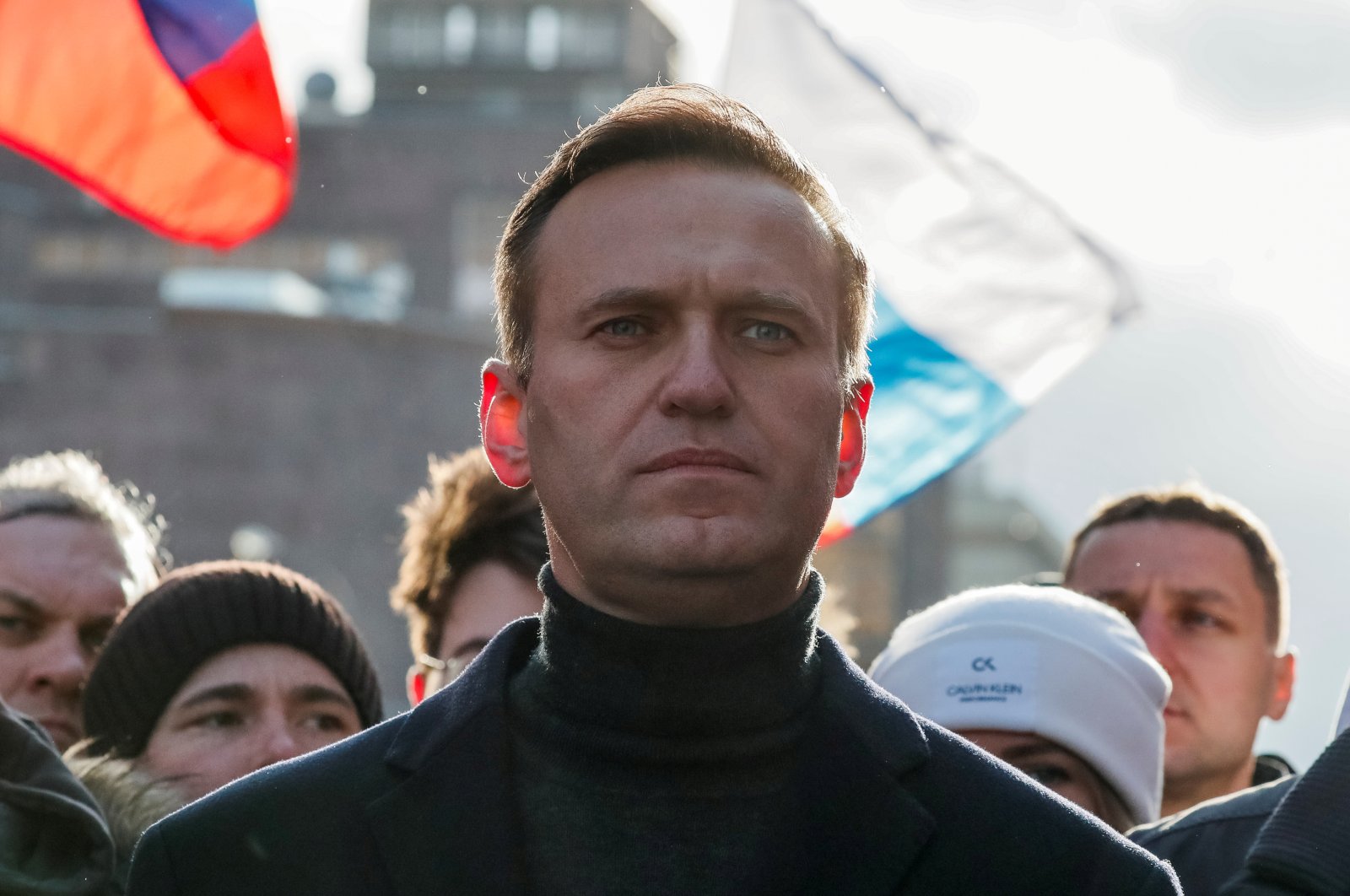 Officials from the Health Ministry of a Siberian region where Kremlin critic Alexei Navalny is being treated in a hospital said on Friday that a police laboratory had found a chemical substance of an industrial nature on his hair and hands.

Earlier on Friday Alexander Murakhovsky, the head doctor at the hospital treating Navalny in the city of Omsk, said traces of industrial chemical substances had been found on the 44-year-old's clothes and fingers.

Navalny, a foe of Putin and his lieutenants and a campaigner against corruption, is in serious condition after drinking tea on Thursday morning that his allies believe was laced with poison.

His condition improved a little overnight, but his life was still in danger and he was not well enough to be moved from the hospital, doctors treating him in Omsk, Siberia, said.

German doctors flew into the city in an air ambulance sent by the Berlin-based Cinema for Peace Foundation, a nonprofit organization, with the intention of flying him to Germany if possible.

"The German doctors who came on this flight ... finally got access to him just several minutes ago," Navalny's chief of staff Leonid Volkov told reporters at a press conference in Berlin.

Volkov said the access given to German medical workers was "a positive development" that allowed for cautious optimism that Navalny may yet be allowed out of the country.

But the aide stressed that Navalny's family still had "no diagnosis, no analysis" and no access to reliable data about his condition, accusing the Russian authorities of trying to conduct a "cover-up operation."

Describing the situation at Omsk hospital, he said: "The medical staff, the people in white robes, were literally substituted by people in gray suits in their offices."

"Our demand stays the same: we have to bring him to someplace, to Berlin to Charite, where independent analysis can be done of what is happening to him," Volkov said.

Navalny's wife Yulia Navalnaya appealed to President Vladimir Putin to allow the opposition politician to be flown to Germany for urgent medical care at a hospital in Siberia.

She and his spokesperson Kira Yarmysh have criticized the hospital after it said that moving him would put his life at risk because he was still in a coma and his condition was unstable.

Navalnaya sent a letter to the Kremlin directly appealing for it to intervene, Navalny's supporters said.

"I officially appeal to you (Putin) to demand you allow the transportation of ... Navalny to ... Germany," the letter published on social media said.

Yarmysh said doctors had previously consented to him being moved but had withheld their agreement at the last minute.

"The ban on transporting Navalny is an attempt on his life being carried out right now by doctors and the deceitful authorities that have authorized it," Yarmysh wrote on Twitter.

"This decision, of course, was not made by them, but by the Kremlin," she said.

Speaking before the letter was sent, the Kremlin said on Friday it was up to doctors to decide whether Navalny was fit to be moved from the hospital and that it had not received any formal request to help.

Murakhovsky told reporters that many legal questions would need to be resolved before Navalny could be handed over to European doctors.

He said top doctors had been flown in from Moscow to treat Navalny and were no worse than their European counterparts. Test results would be available within two days, he said.

Navalny fell ill while on a flight, was stretchered off the plane and rushed to the hospital after the plane made an emergency landing in Omsk.

Navalny has been the biggest thorn in the Kremlin's side for more than a decade, exposing what he says is high-level graft and mobilizing crowds of young protesters.

He has been repeatedly detained for organizing public meetings and rallies and sued over his investigations into corruption. He was barred from running in a presidential election in 2018.