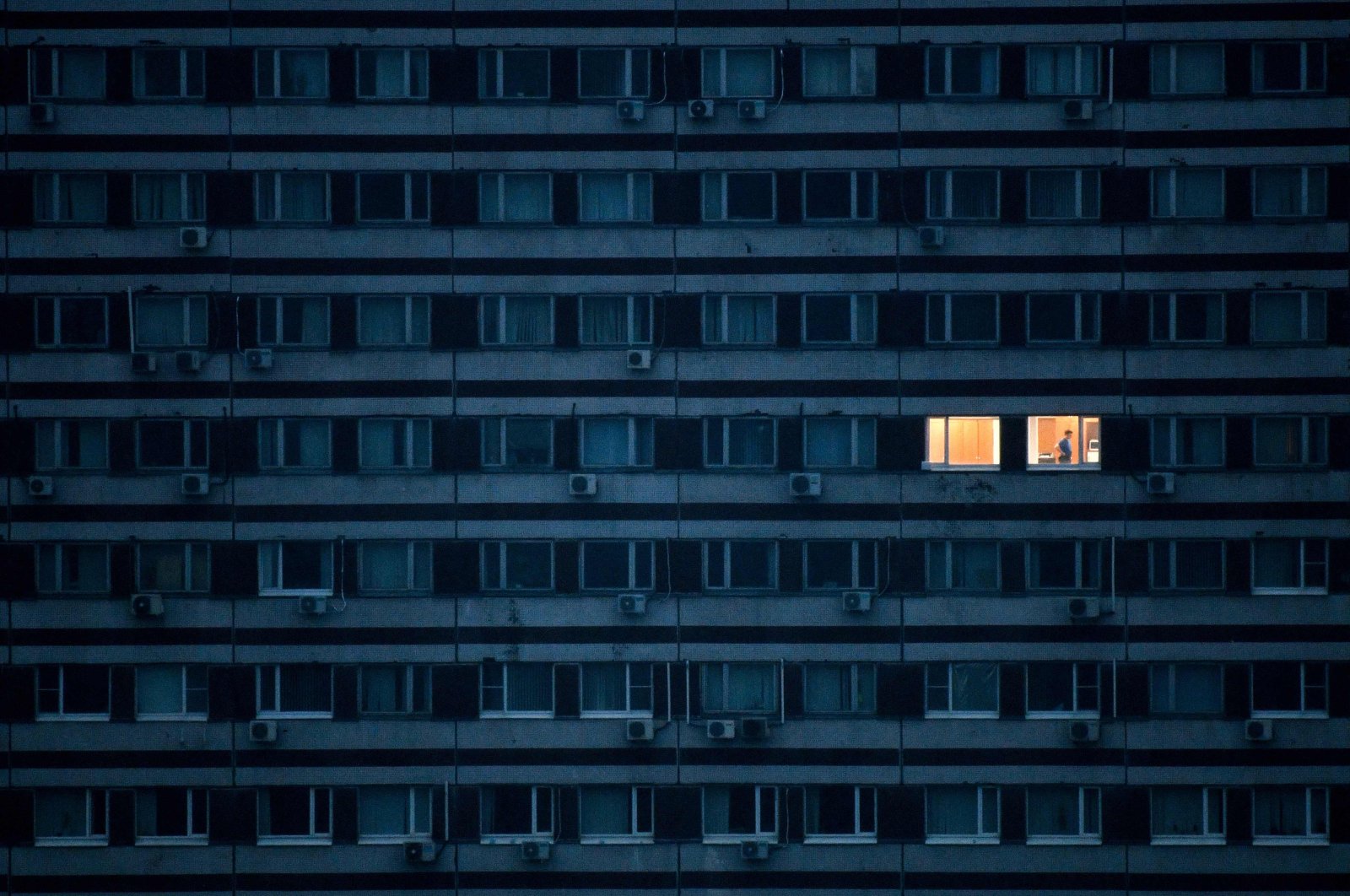 A man seen in an illuminated apartment in a building on the outskirts of Moscow during a strict lockdown in Russia to stop the spread of the new coronavirus, May 4, 2020. (AFP Photo)
by Agencies May 05, 2020 2:46 pm
RECOMMENDED

The number of domestic violence cases in Russia more than doubled during the government-ordered lockdown to stem the spread of the coronavirus, Russia's human rights ombudswoman Tatyana Moskalkova said Tuesday.

Complaints and reports made to Russian nongovernmental organizations spiked from roughly 6,000 in March to more than 13,000 in April, Moskalkova said.

“The picture is rather non-optimistic,” the RIA Novosti news agency quoted her as saying.

Russia imposed a nationwide lockdown in late March, with authorities in the vast majority of regions suspending most businesses and requiring residents to stay at home. Many Russian women were unable to seek help from the authorities under confinement, and Moskalkova urged them to be allowed out of the house to get support if needed.

"It is very important to give women the opportunity to visit rescue centers for victims of violence and not consider it a violation of self-isolation if they are forced to leave their home in this situation without special permission," she said.

Nine women's rights groups in Russia sounded an alarm last month about a surge of domestic violence complaints during the lockdown, urging action to protect victims.

In April, lawmaker Oksana Pushkina and other proponents of a domestic violence bill urged Deputy Prime Minister Tatiana Golikova to approve protections for those at risk.

Domestic violence is rampant in Russia. According to police data, up to 40% of all violent crimes are committed within families. Russian lawmakers in 2017 decriminalized simple assault against family members, and human rights advocates say the move encouraged abusers and made it much harder to protect victims of domestic violence.

Attempts to pass a long-anticipated domestic violence law stalled last year amid push back from conservative groups and the Kremlin's efforts to fast-track a constitutional reform that would allow President Vladimir Putin to stay in power until 2036.