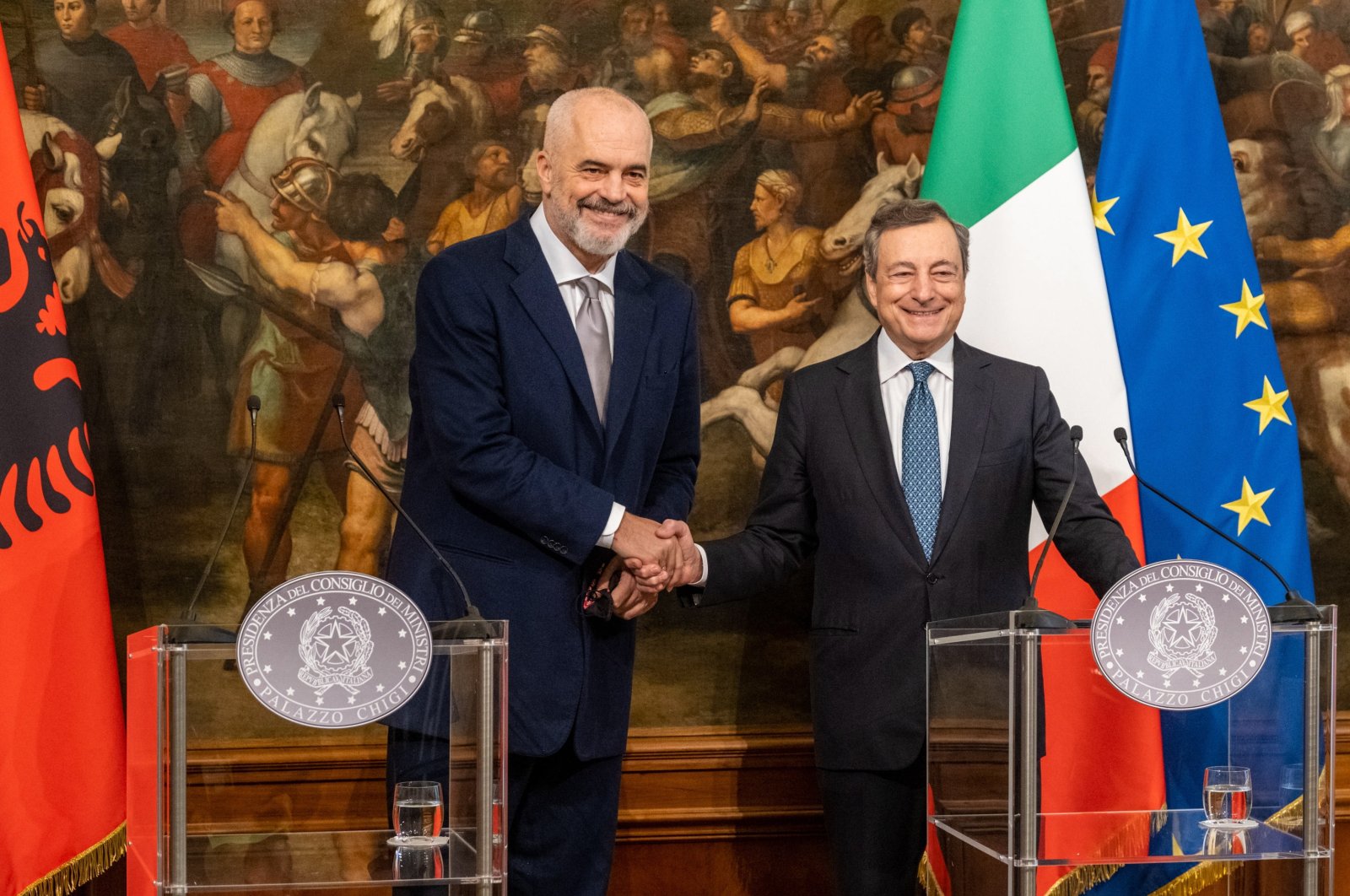 The remarks by Mario Draghi came at a news conference with Albanian Prime Minister Edi Rama at Chigi Palace.

Draghi added that steps to be taken by Italy will be soon determined and noted that Italy is close to Albania at every stage of the process.

The Italian prime minister said he did not know that an extraordinary EU summit would be held regarding the problem of irregular migration with Belarus.

"We must politely say that the use of immigrants has become a tool in foreign policy,'' he said.

Rama said that he and Draghi discussed the EU membership process for Albania.

"It is extremely important for our youth to integrate into the European university systems, and to integrate agriculture and innovation systems, without forgetting the ecological transition," he said.

Rama said that Albania is ready for EU membership.

"We have done and continue to do our homework not only for the EU but also for ourselves," he said. "We are ready to sit on the table when the road opens."

It was reported that Rama will sign an agreement on Albania's participation in the joint economic committee with Italy at the Italian Foreign Ministry later Thursday.