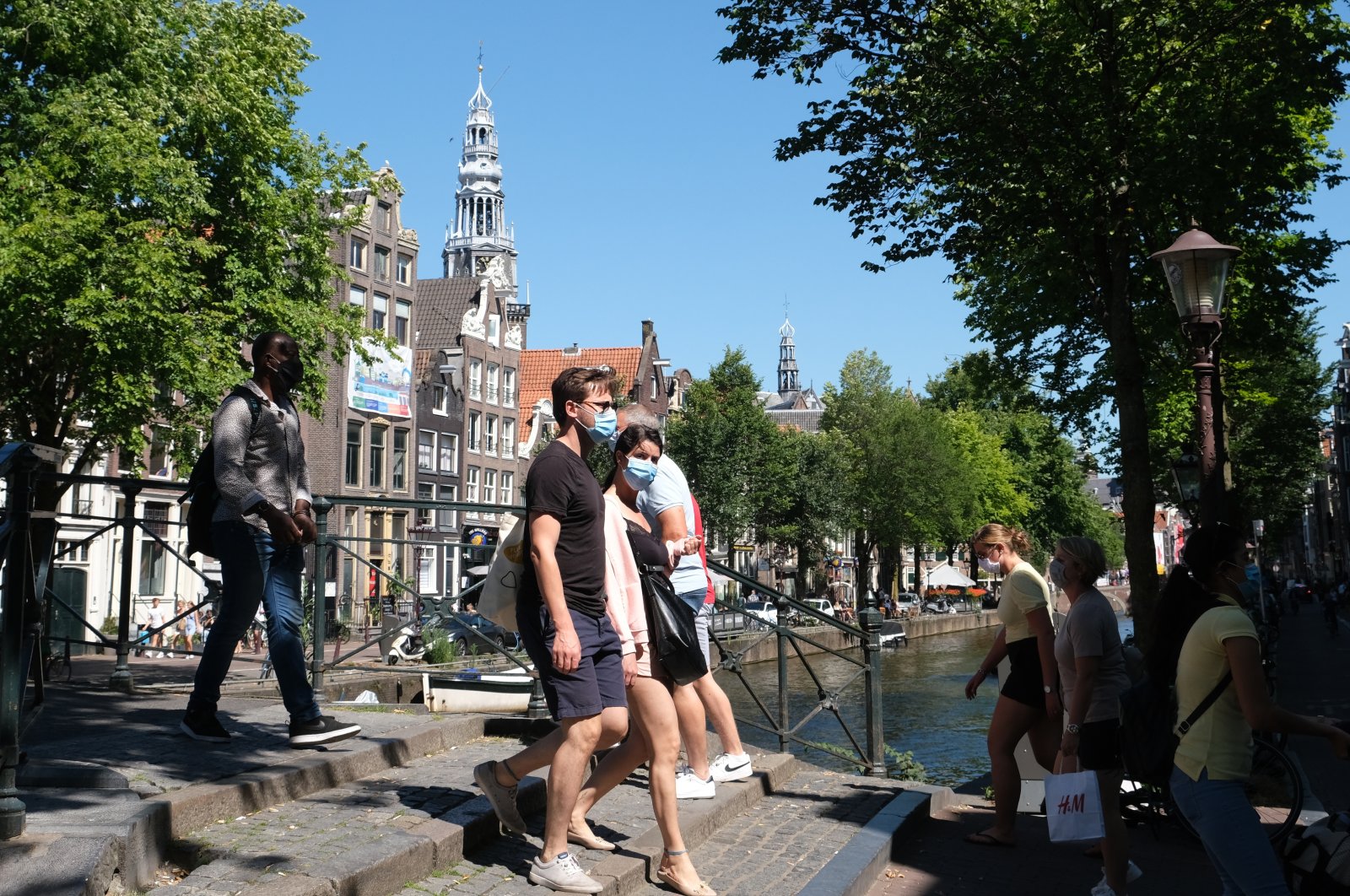 People wearing face masks to prevent the spread of the coronavirus walk through Amsterdam, the Netherlands, Aug. 5, 2020. (AP Photo)
by REUTERS Aug 25, 2020 10:04 am
RECOMMENDED

A patient in the Netherlands and another in Belgium have been confirmed as having been reinfected with the coronavirus, Dutch national broadcaster NOS reported Tuesday, citing virologists.

The news follows a report this week by researchers in Hong Kong about a man there who had been reinfected 4.5 months after being declared recovered.

The NOS cited virologist Marion Koopmans as saying the Dutch patient was an older person with a weakened immune system.

She said that cases where people have been sick with the virus a long time and it then flares up again are better known.

But a true reinfection, as in the Dutch, Belgian and Hong Kong cases, requires genetic testing of the virus in both the first and second infection to see whether the two instances of the virus differ slightly.

Koopmans, an adviser to the Dutch government, said reinfections had been expected.

"That someone would pop up with a reinfection, it doesn't make me nervous," she said. "We have to see whether it happens often."

The Belgian patient had mild symptoms, the NOS cited virologist Marc Van Ranst as saying. But "it's not good news," he added.

He said the case shows antibodies the patient developed during the first exposure were not enough to prevent a second case with the slightly different variant of the virus.

He said it was not clear whether such cases were rare or whether there were "many more people who could have a reinfection after six or seven months."