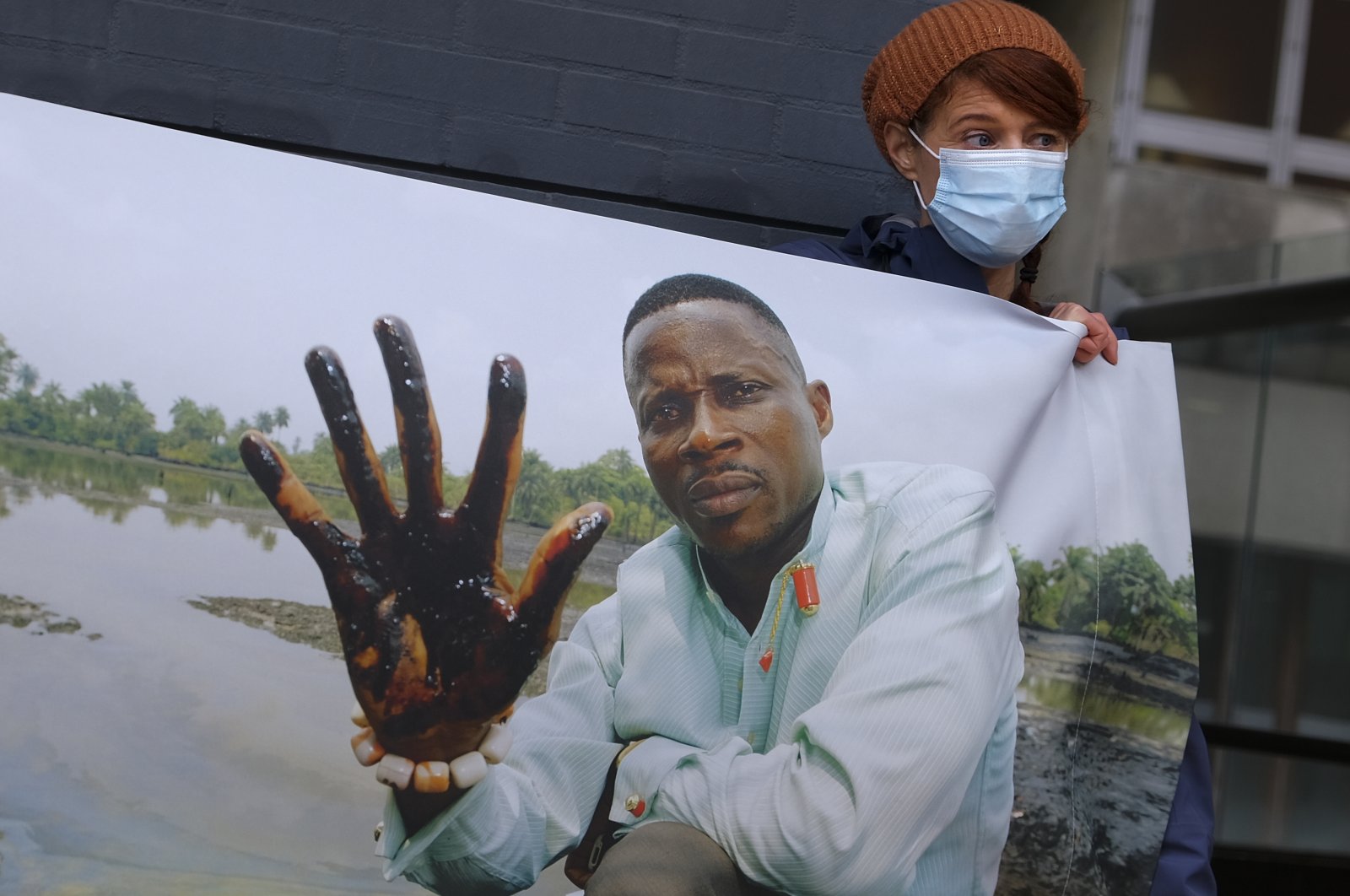 The Nigerian subsidiary of energy giant Shell will pay compensation for oil spills in Nigeria’s Niger Delta that damaged the lands of two farmers in 2004 and 2005, a Dutch court ruled Friday, a decision that could open the way for new lawsuits against multinational oil companies.

Friends of the Earth Netherlands director Donald Pols hailed the ruling as a victory for small communities hurt by huge companies.

The amount of compensation will be established at a later date. The Hague Court of Appeal held Shell's Nigerian subsidiary liable for two leaks that spewed oil over an area of a total of about 60 football pitches (soccer fields) in two villages, saying that it could not be established "beyond a reasonable doubt" that saboteurs were to blame.

Under Nigerian law, which was applied in the Dutch civil case, the company is not liable if the leaks were the result of sabotage. The Hague appeals court ruled that sabotage was to blame for an oil leak in another village; however, it said that the issue of whether Shell can be held liable "remains open" and the case will be continued as the court wants clarification about the extent of the pollution and whether it still has to be cleaned up.

The court also ruled that Dutch-based mother company Royal Dutch Shell and its Nigerian subsidiary must fit a leak-detection system to a pipeline that caused one of the spills.

The decision, which can be appealed to the Dutch Supreme Court, is the latest stage in a case that is breaking new legal ground in how far multinationals in the Netherlands can be held responsible for actions of their overseas subsidiaries.

In a written reaction, Shell Petroleum Development Company of Nigeria Limited expressed disappointment, saying it continued to believe that sabotage caused the spills in the villages of Oruma and Goi. "Sabotage, crude oil theft and illegal refining are a major challenge in the Niger Delta," the company said.

"Indeed, in 2019 around 95% of spill incidents from our operations there were due to such criminal acts. Regardless of cause, we clean up and remediate, as we have done with the spills in this case."

The Nigerian subsidiary added: "Like all Shell-operated ventures globally, we are committed to operating safely and protecting the local environment."

The U.K. court blocked pollution claims in 2017 against Shell by more than 40,000 Niger Delta residents demanding action over decades of oil spills in the region.

In 2013, The Hague District Court ordered Shell Nigeria to compensate one of the four farmers involved in the case for making it too easy for saboteurs to open a well head that leaked onto his land.

However, the court cleared Shell of blame in pollution of the other three farmers' land and ruled that Shell's Dutch parent company could not be held liable. Both sides appealed, and judges ruled in 2015 that Shell could be held to account in Dutch courts for its actions in Nigeria.

The judges also ordered Shell to give the plaintiffs access to documents that could shed more light on the cause of the leaks and how much Shell management knew about them.

Shell discovered and started exploiting Nigeria's vast oil reserves in the late 1950s and has faced heavy criticism from activists and local communities over spills and for the company's close ties to government security forces.

Friends of the Earth lawyers told the court that that leaking pipes are caused by poor maintenance and inadequate security and that Shell does not do enough to clean up spills.

"Tears of joy here. After 13 years, we’ve won," the Dutch branch of Friends of the Earth tweeted immediately after the decision was read out in court.