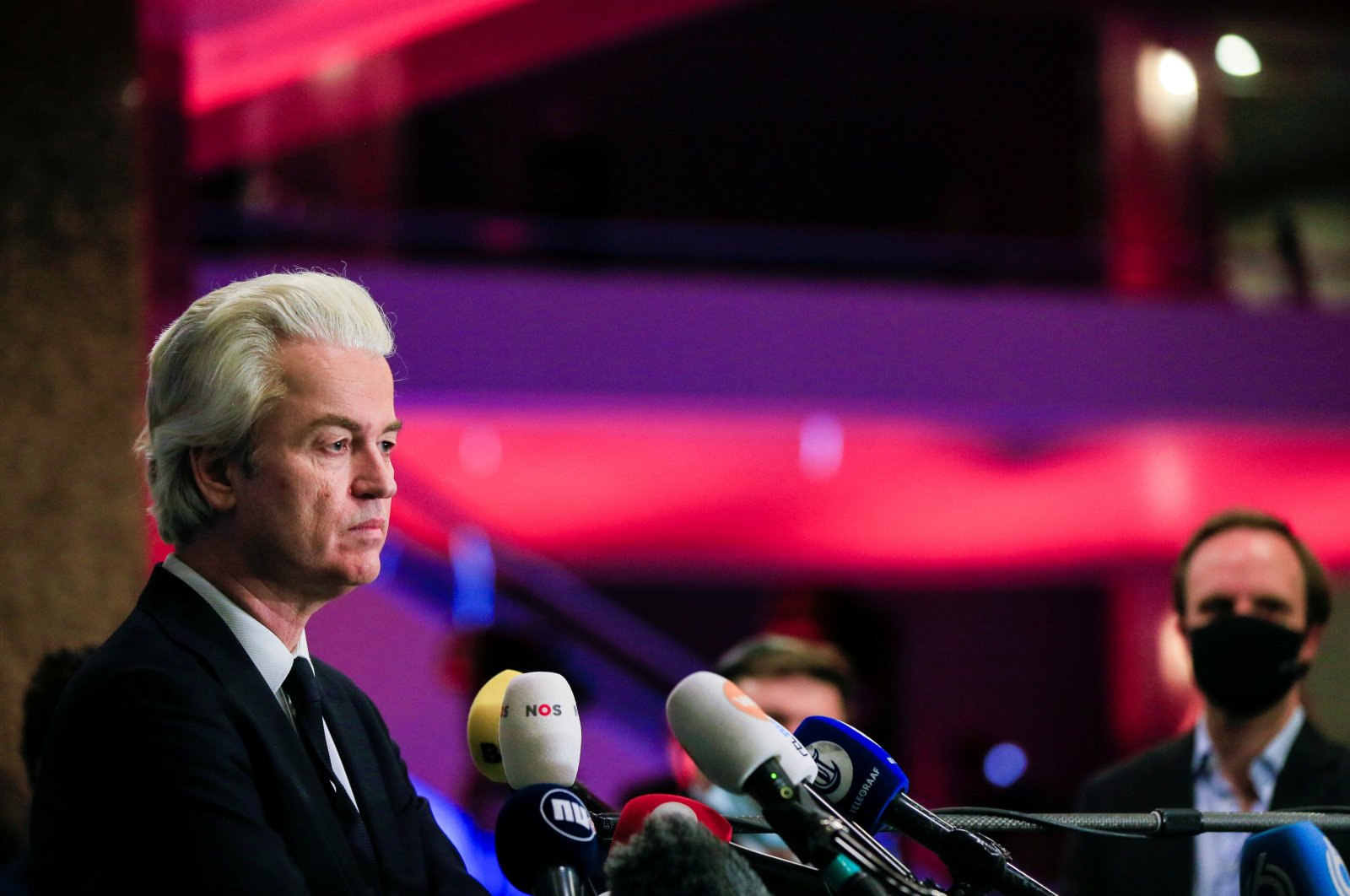 Geert Wilders, leader of the Dutch far-right and largest opposition Freedom Party (PVV), listens to questions from journalists as he reacts to the exit polls in the Netherlands' general election in The Hague, Netherlands, March 17, 2021. (Reuters Photo)
by REUTERS Jul 06, 2021 2:51 pm

The Dutch Supreme Court upheld politician Geert Wilders' conviction for discrimination on Tuesday after he insulted Moroccans at a campaign rally in 2014, in a defeat for the far-right populist known for his anti-Islam rhetoric.

Wilders had demanded a retrial of his case, at which no fine or prison sentence was imposed, arguing it was politically motivated. An appeals court last year agreed with a ruling from 2016 that convicted Wilders of insulting Moroccans as a group at a campaign rally, when he led supporters in asking whether they wanted more or fewer Moroccans in the country.

"Fewer! Fewer! Fewer!" his supporters chanted. "We're going to take care of that," Wilders answered them.

The Supreme Court said his remarks had been "unnecessarily hurtful" and had crossed the boundaries of free speech. In response to this final ruling in his case, Wilders said he was the victim of a "witch hunt" and a broken legal system.

"They want to shut me up, but I will never be silent," he said. Wilders, 57, is one of Europe's most prominent far-right leaders and has been a key figure in shaping the immigration debate in the Netherlands over the past decade, although he has never been in government.

His Freedom Party (PVV) is the third-largest in the Dutch parliament and remained the main opposition party at general elections in March.