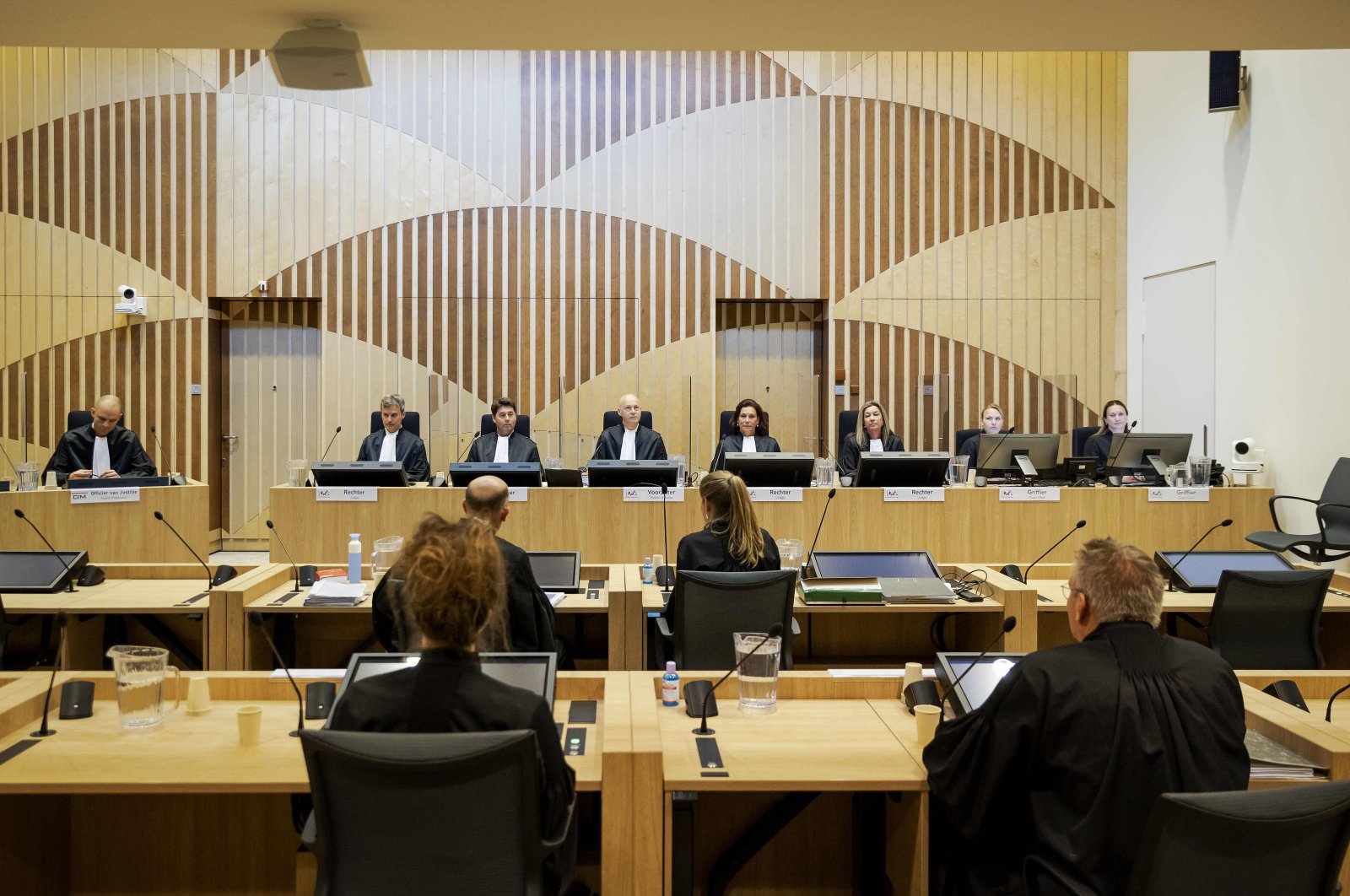 Defense lawyers in the trial of the 2014 downing of Malaysia Airlines flight MH17 over eastern Ukraine on Monday will request more time to prepare as public hearings resumed following delays caused by the coronavirus lockdown.

Five judges sat between glass dividers, and lawyers and family members were spread out as part of social distancing measures. A maximum of 30 people would be allowed into the courtroom.

Four defendants went on trial in March following nearly six years of investigations by a team of international investigators from the Netherlands, Belgium, Australia, Ukraine and Malaysia.

Investigators say the missile launcher used to bring down the passenger jet came from a Russian army base just across the border and that pro-Russian forces had been in frequent contact with government officials in Moscow before the strike on July 17, 2014.

The Netherlands holds Russia responsible, but the Kremlin has consistently denied involvement.

The defendants – Russians Sergey Dubinsky, Oleg Pulatov and Igor Girkin and Ukrainian Leonid Kharchenko – remain at large. Pulatov is the only one who has appointed a defense team, with the others being tried in absentia.

Proceedings on Monday were expected to be largely procedural, dealing with what remains to be investigated before the substance of the case can be presented.

MH17 was flying from Amsterdam to Kuala Lumpur when it was shot down by a missile fired from territory held by pro-Moscow rebels amid fighting with Ukrainian troops, killing all 298 aboard.

The suspects all held senior posts in pro-Russian militias in eastern Ukraine in 2014, according to prosecutors. They face preliminary charges of murder and of causing an aircraft to crash.

Prosecutors say the four men helped to arrange the Russian missile system used to shoot down MH17, a civilian aircraft, killing all on board. Most of those killed were Dutch.