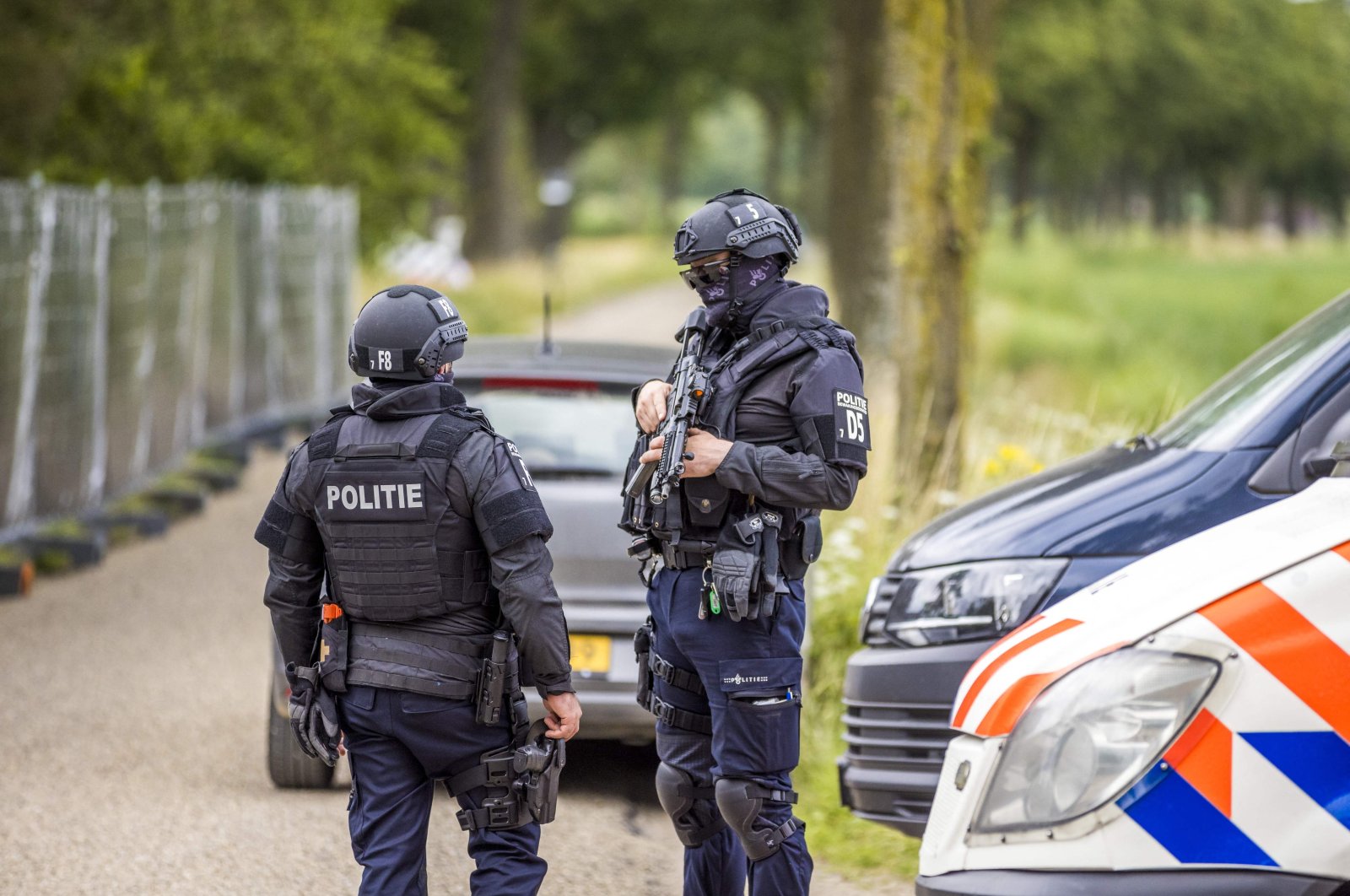 Policemen stand guard at the Hoogbosweg in Nederweert, as the police 'found the largest and most professional production location of crystal meth ever in the Netherlands' it said, July 30, 2021. (AFP File Photo)
by German Press Agency - DPA
Jul 30, 2021 9:24 pm

Dutch police busted "the largest and most professional" production facility for crystal meth ever found in the Netherlands, reports said Friday.

Police had tracked down the laboratory in southeastern Nederweert via encrypted chat reports. A 62-year-old man from Poland has been arrested, and police have not ruled out further arrests.

According to police, more than 100 kilograms (220 pounds) of synthetic drugs with a commercial value of about 1 million euros ($1.18 million) could be produced in the laboratory per day. The laboratory was reportedly located in two interconnected storage rooms. It is unclear how long production had been going on there. Police seized chemicals and equipment.