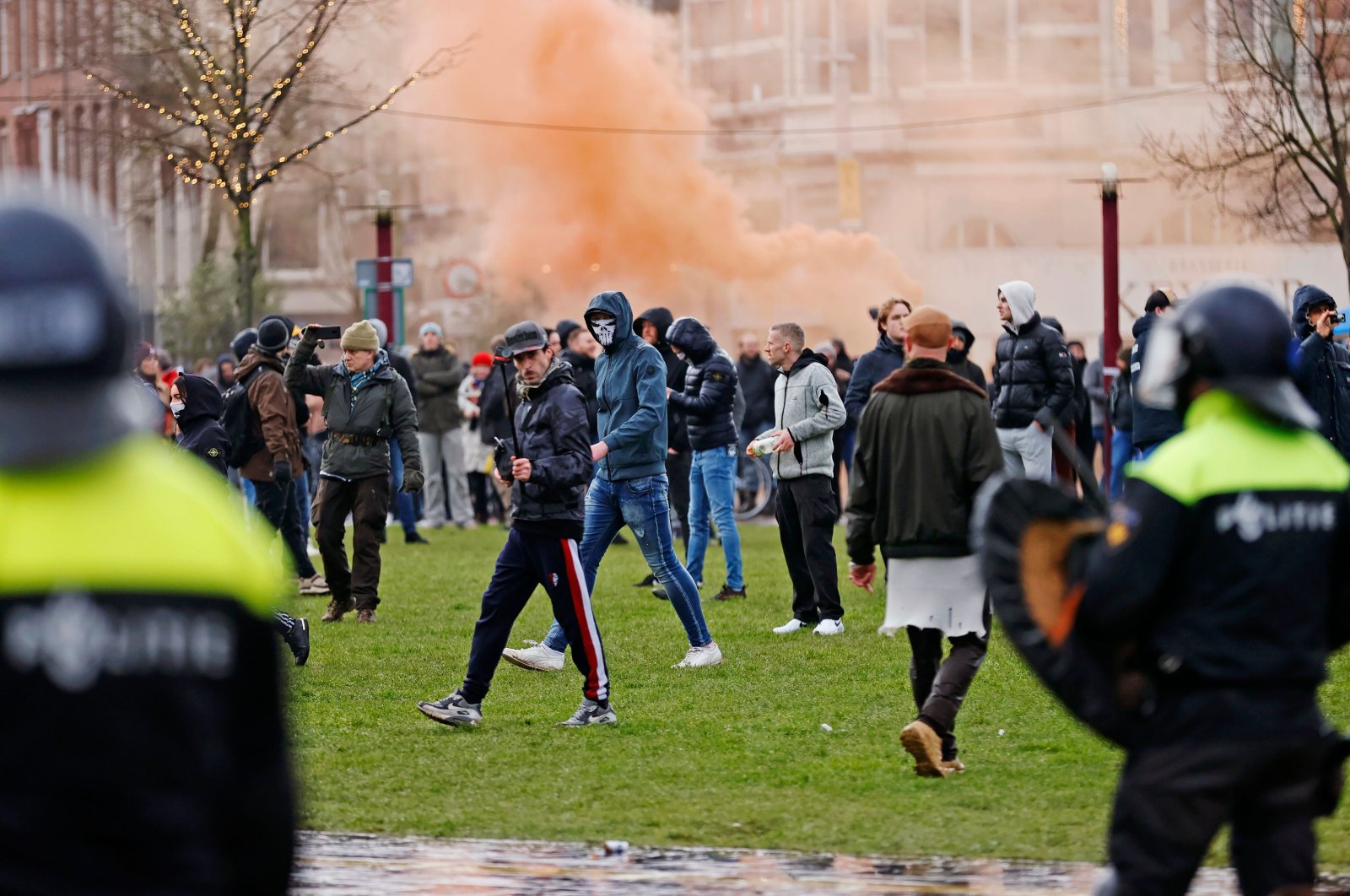 Riot police clash with protesters during a demonstration in the Museumplein town square in Amsterdam, Netherlands on Jan. 17, 2021. (AFP Photo)
by Agencies Jan 17, 2021 6:42 pm
RECOMMENDED

Police in Amsterdam turned a water cannon on hundreds of demonstrators who were taking part in a banned protest Sunday against the Dutch government and its tough coronavirus lockdown.

Police on horseback also moved in to break up the demonstration on a large square ringed by museums, including the Van Gogh Museum and Rijksmuseum.

“Because of the danger to public health, it is important that everybody sticks to the measures in force. The demonstrators are not doing that,” the municipality said in a tweet.

None of the protesters wore masks, which are not mandatory, and few respected social distancing rules.

By mid-afternoon, the square was empty apart from dozens of police, although some protesters remained in streets nearby.

The demonstration had been banned earlier in the week because of fears that too many people would attend and not stick to social distancing.

The protest in Amsterdam happened as ministers in the Netherlands' caretaker government were meeting in The Hague to discuss options to rein in the spread of the coronavirus, including the possibility of imposing a curfew for the first time since the pandemic began.

The government resigned Friday following the publication of a damning report into a scandal involving thousands of parents being falsely labeled fraudsters by tax officials, but the ministers are remaining in power until a new coalition is formed following a March 17 general election.

The government closed schools and most shops in December to try to stem a surge in COVID-19 cases, and this week extended the lockdown by at least three more weeks.

In the early days of the pandemic, the Netherlands was generally more reluctant than most of its neighbors to impose social restrictions. But during the second winter wave, it has found its hand forced by the rapid spread of infections and growing pressure on its hospitals.