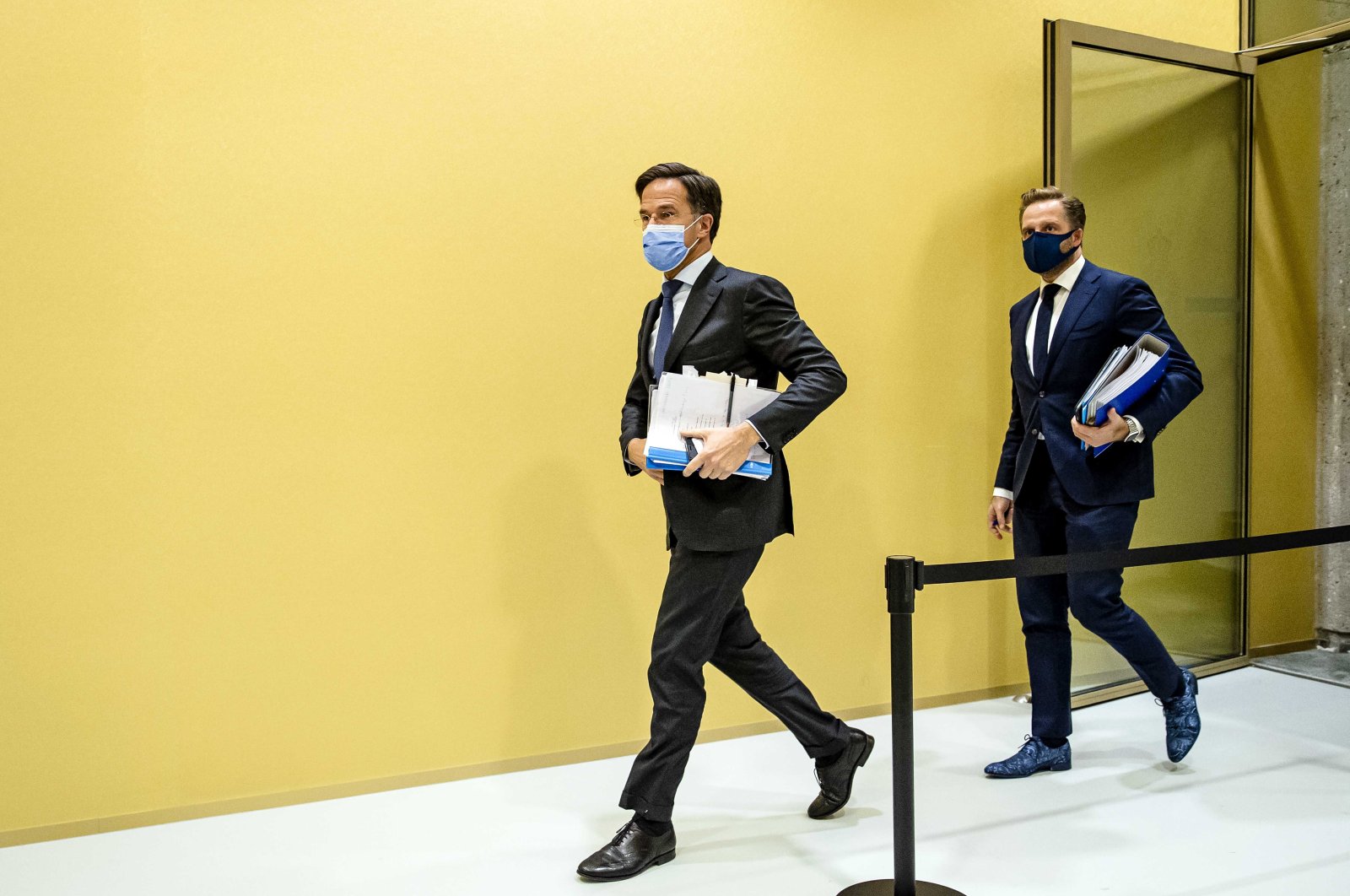 Outgoing Prime Minister Mark Rutte (L) and Hugo de Jonge, outgoing Minister for Public Health, Welfare and Sport (R) walk during a suspension of the debate about the developments surrounding the coronavirus in the House of Representatives in The Hague, Netherlands, Dec. 1, 2021. (EPA Photo)
by Reuters Dec 14, 2021 9:24 pm
RECOMMENDED

The Netherlands will extend restrictions aimed at slowing the coronavirus through Christmas and New Year's Eve holidays, including the early closure of elementary schools, Dutch Prime Minister Mark Rutte said on Tuesday.

Schools will close from Dec. 21 at the latest in an effort to stop children from infecting older family members during Christmas, Dutch broadcaster RTL reported, citing government sources.

The government had said it would consider the early Christmas break at a meeting to discuss coronavirus policies on Tuesday.

Rutte is also likely to extend restrictions that have been in place since Nov. 28, including the closing of restaurants, bars, non-essential stores and other public places from 5 p.m. to 5 a.m., the barring of all spectators from sporting events, and advice to work from home as much as possible.

Infections in the country of 17.5 million have dropped from record levels following the introduction of the nighttime lockdown, but remain relatively high at around 85 per 100,000 inhabitants.

The number of COVID-19 patients in hospitals has remained among the highest levels of the year and hospitals throughout the country have been ordered to postpone all non-emergency operations for weeks to free up beds in intensive care units.

As infections remain highest among young children, experts had advised the government to close schools a week earlier than planned, on Dec. 17.

The government has repeatedly said it would do whatever it could to prevent schools from closing, but on Tuesday acknowledged the option was back on the table.

"It's a tough decision to make," Education Minister Arie Slob told reporters before a government meeting to decide on the measure. "We will have to look very closely again at what is necessary."