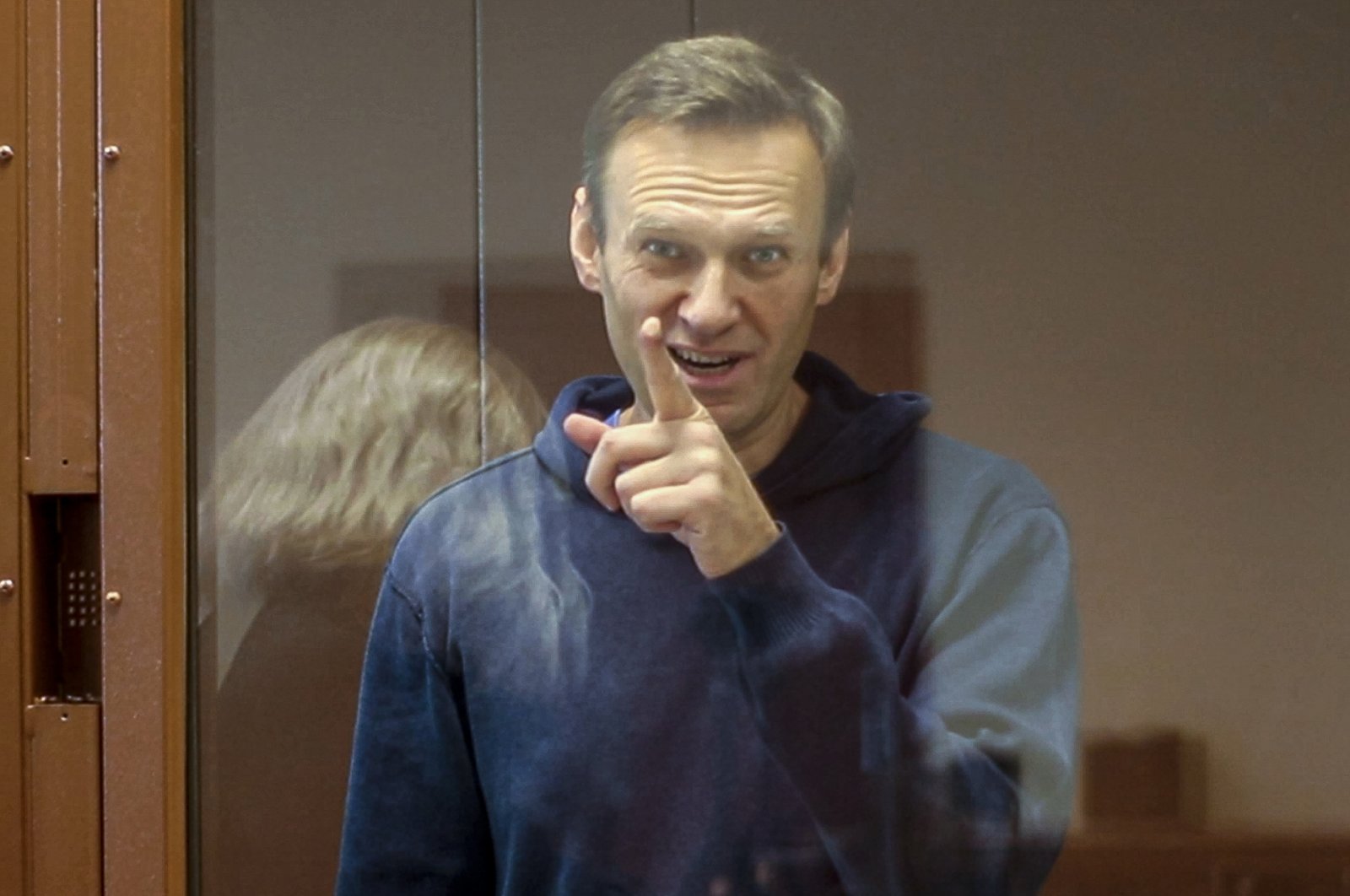 Russian opposition leader Alexei Navalny gestures during a hearing on his charges for defamation in the Babuskinsky District Court in Moscow, Russia, Feb. 16, 2021. (AP Photo)
by REUTERS Feb 17, 2021 6:41 pm
RECOMMENDED

The Strasbourg-based ECtHR, the international court of the Council of Europe, Europe's main human rights forum, of which Russia is a member, said Wednesday it had ruled on Feb. 16 to "indicate to the Government of Russia ... to release the applicant."

Chuychenko also said the ECtHR order was impossible to fulfill as it had no basis in Russian law, Russian news agencies cited the minister as saying.

Russia passed a law last year giving its national legislation precedence over international treaties and rulings from international bodies in cases when they conflict with the Russian constitution. Navalny's allies had earlier published a letter from a member of the court containing its decision which a Navalny ally, Leonid Volkov, said was binding.

Navalny, 44, was detained after returning to Russia from Germany last month and jailed on Feb. 2 for violating the parole terms on what he says was a trumped charge.

He had been treated in Germany for poisoning with what many Western countries say was a nerve agent in Siberia last August.

Several Western countries have called for his release and said they could impose sanctions against Russia over the case.