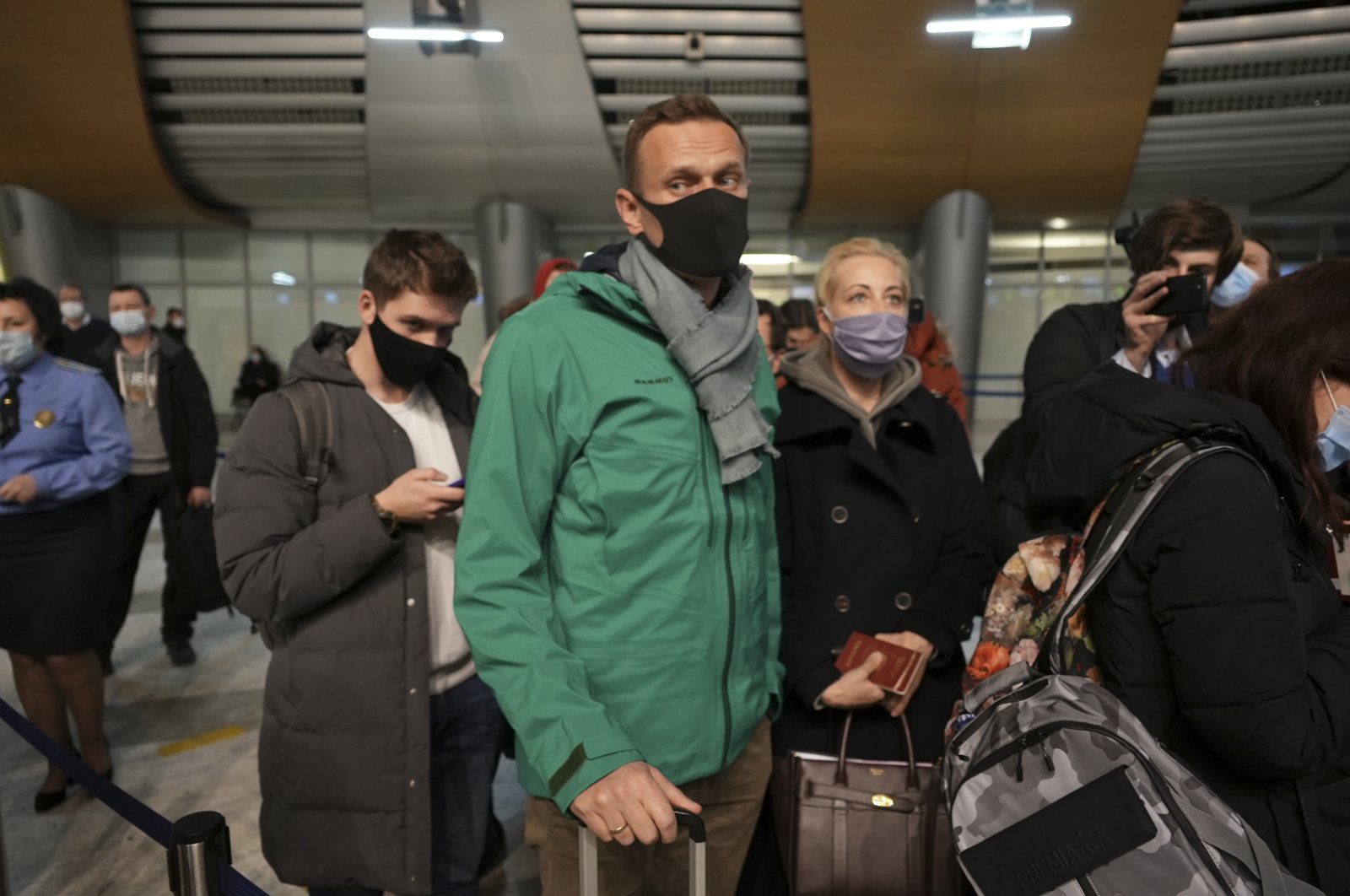 Russian dissident Alexei Navalny was detained shortly after landing at Sheremetyevo airport near Moscow late Sunday, according to a post on Navalny's Telegram channel.

The Kremlin critic was traveling home after spending five months in Germany, where he received emergency medical treatment following his poisoning with the nerve agent Novichok.

The 44-year-old was detained while going through passport control and is to be remanded in custody until a court decision, with a trial scheduled for Jan. 29.

Russian authorities accuse Navalny of breaking the terms of a suspended sentence and probation. Corrections authorities are therefore seeking to transfer those into a jail sentence.

Navalny's team meanwhile spoke of a political trial to silence the prominent activist.

While still on the plane, Navalny said he did not fear anything. "What bad can happen to me in Russia?" he said.

Navalny's plane from Berlin was originally due to land at Vnukovo airport on Sunday evening but was diverted last-minute to the larger international airport.

Russian security forces detained several of Navalny's supporters at Vnukovo airport near Moscow, including a close collaborator of Navalny, lawyer Lyubov Sobol, and several activists, according to a Deutsche Presse-Agentur (dpa) reporter on the scene.

Uniformed officers pushed back people who came to the airport to welcome Navalny.

Security was tightened at Vnukovo airport in the hours before his arrival. OMON, the anti-terrorism special police, took a position at the airport with several prisoner transport vehicles.

Navalny had called on his supporters to meet him at Vnukovo, despite the Moscow public prosecutor's office warning against unauthorized rallies on the premises and the threat of consequences for those who did so anyway.

In St. Petersburg, the head of Navalny's staff there, Irina Fatyanova, said she and two other activists were taken off a train to Moscow and detained by police for three hours. The authorities provided no reason for their actions.

Other activists said they were detained at Pulkovo Airport in St. Petersburg or stopped in vehicles on the street.

Navalny said he never considered staying outside Russia as he had never left his homeland on his own free will, and had "arrived in Germany in a resuscitation box."

One of President Vladimir Putin's fiercest critics, Navalny fell violently ill on a Russian flight on Aug. 20. Two days later he was medically evacuated to Germany.

The Charite hospital in Berlin announced on Sep. 23 that Navalny had been discharged after his condition "improved sufficiently."

Laboratories in Germany, France and Sweden have determined that Navalny was poisoned with the nerve agent Novichok.

Navalny has blamed the poisoning on the FSB, the Russian secret service, under Putin's orders.

Putin has dismissed the allegations. Russian officials initially refused to accept that he had been poisoned at all.

On Sunday, Russia said information submitted by Germany on the Navalny case was not helpful after Germany replied to four letters of request from the Russian government, including protocols of Navalny's questionings.

Foreign Ministry spokesperson Maria Sakharova said Germany's replies "did not contain anything of substance regarding our questions."

Russian authorities have increased the pressure on Navalny, revealing on Tuesday that he could face further jail time for violating the rules of his probation, arising from a conviction in 2014.

A legal application had been submitted to a Moscow court. Navalny maintains that the probation conditions became invalid on Dec. 30 and dismisses the new legal threats as politically motivated.

Navalny gained renown during a wave of protests from 2011 to 2013, fuelled by contentious elections for Putin, the parliament and the capital city's mayor. Navalny came in second in Moscow's 2013 mayoral race.

Navalny, who holds degrees in law and finance, initially gained popularity as a blogger exposing evidence of corruption, including the luxurious assets of high-ranking officials whose official salaries were incomparably modest.

He is married with two children.