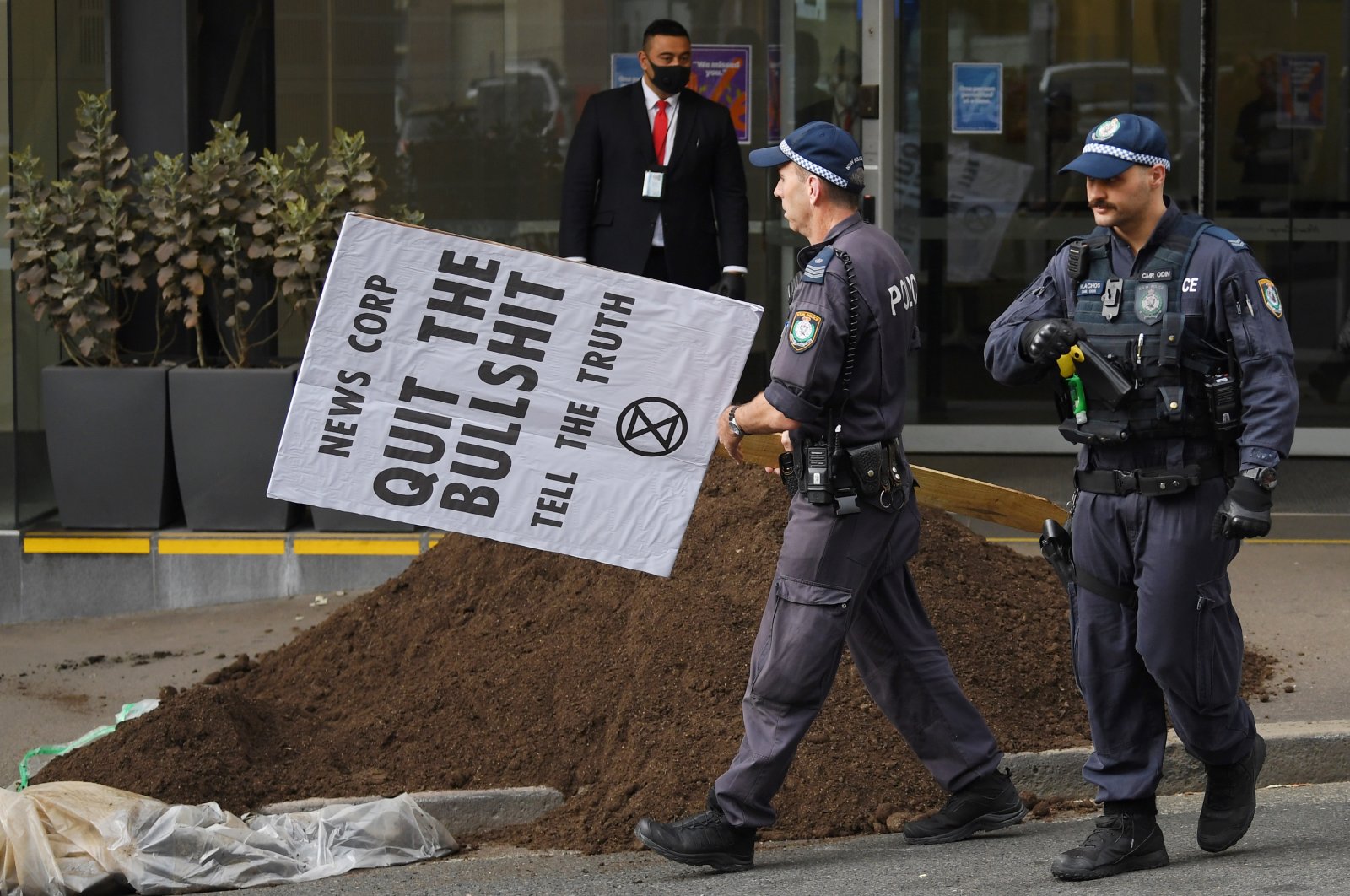 The group Extinction Rebellion said it targeted printworks at Broxbourne, north of London, and Knowsley in northwest England that are owned by Rupert Murdoch’s News Corp.

Dozens of protesters locked themselves to vehicles and bamboo scaffolding to block the road outside the plants. The facilities print Murdoch-owned papers The Sun and The Times, as well as the Daily Telegraph, the Daily Mail and the Financial Times.

The group said it was disrupting the newspapers "to expose the failure of these corporations to accurately report on the climate and ecological emergency, and their consistent manipulation of the truth to suit their own personal and political agendas.”

Police said they had arrested 13 people by Saturday morning at the Broxbourne plant, but delivery trucks had still not been able to leave.

Newsprinters, which operates the printing plants, said the protest was an "attack on all of the free press.” Home Secretary Priti Patel said on Twitter that "this attack on our free press, society and democracy is completely unacceptable.”

Extinction Rebellion has blocked roads and bridges in several British cities since Monday as part of two weeks of civil disobedience to press for stronger action against climate change. Hundreds of people have been arrested.

Last year, more than 1,700 arrests were made during Extinction Rebellion’s 10-day "Autumn Uprising,” which disrupted traffic and business activity in several parts of the United Kingdom.