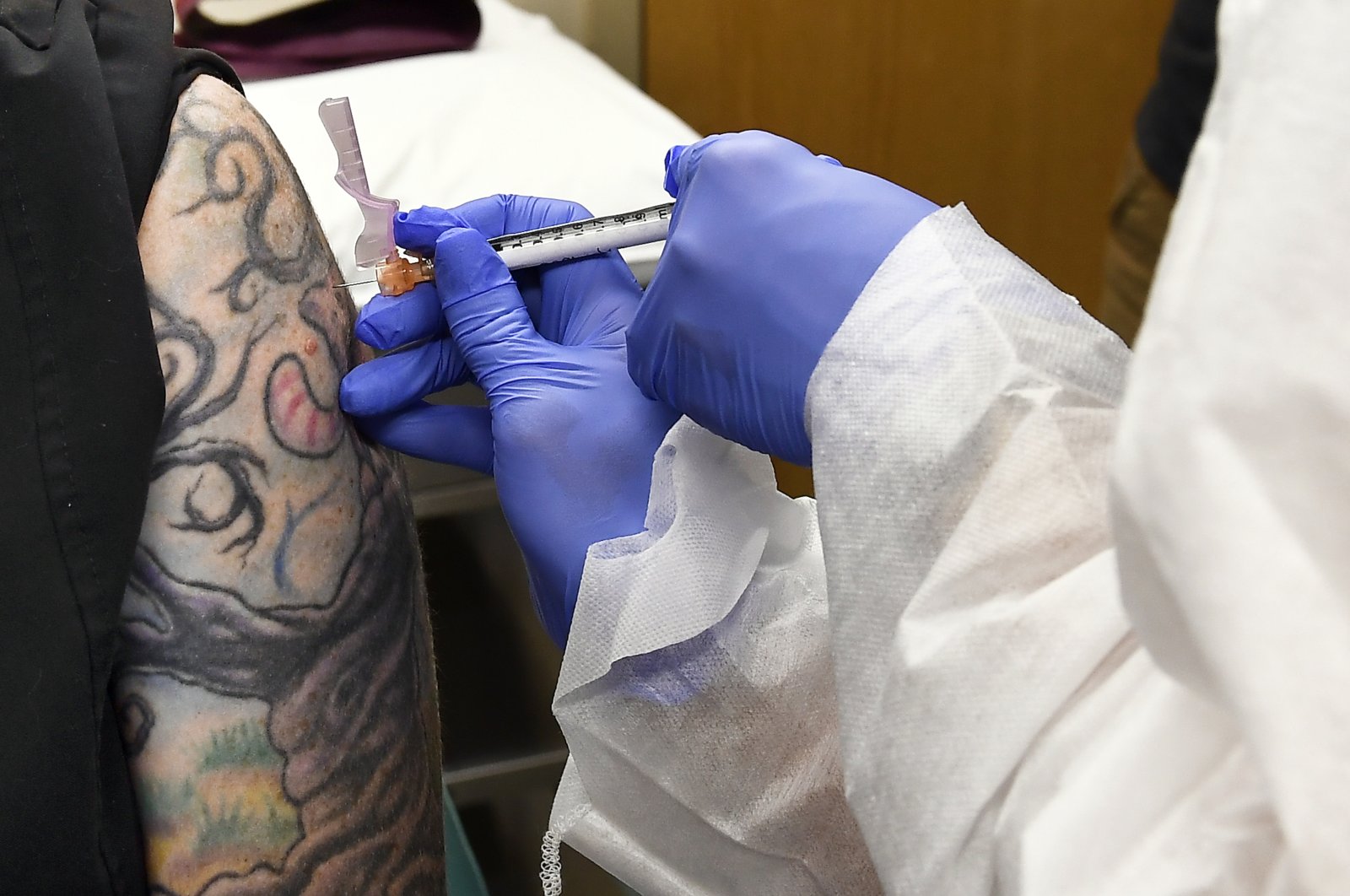 The European Union drug agency said Tuesday it may need four more weeks to approve its first coronavirus vaccine, even as authorities in the United States and Britain continue to aim for a green light before Christmas.

The European Medicines Agency (EMA) plans to convene a meeting by Dec. 29 to decide if there is enough safety and efficacy data about the vaccine developed by Pfizer and BioNTech for it to be approved. The regulator also said it could decide as early as Jan. 12 whether to approve a rival shot by American pharmaceutical company Moderna Inc, which submitted its request to U.S. and European regulators this week.

If its vaccine is approved, Germany-based BioNTech said the shot's use in Europe could begin before the end of 2020 – but that seems quite ambitious, given that the EU Commission usually needs to rubber-stamp the regulator's decision. Still, the agency has also left open the possibility that the date of that meeting will be brought forward if data comes in faster.

Any approval granted by the European regulator will be conditional on companies submitting further information to confirm the vaccine’s benefits outweigh the risks.

The date now being eyed would be later than some European countries had hoped. Germany, which has given BioNTech 375 million euros ($450 million) in funding to develop the vaccine, has been preparing to start immunizing people from mid-December onward.

On Tuesday, officials in Germany, France and the Netherlands cautioned that vaccine programs likely won't start until the end of the year.

“With the information we got in recent days we have to assume that approval will only happen around the turn of the year,” German Health Minister Jens Spahn said.

“It has moved because some studies obviously need a little longer to be submitted," he said. "What’s important is to be prepared.”

His comments were echoed by French President Emmanuel Macron and Dutch Health Minister Hugo de Jonge, who said authorities in those countries are working to begin vaccinating people in the first week of January.

“It won’t be a vaccination policy for the broader public” during the first few months, Macron said at a news conference.

BioNTech and U.S. partner Pfizer have said that clinical trials showed their vaccine is 95% effective. The two companies have already submitted data to regulators in the United States and Britain, and approval might come from them first.

Hospitals in England have been told they could receive the first doses of the Pfizer shot as early as the week of Dec. 7 if it receives the OK, the Guardian and Financial Times reported. The U.S. Food and Drug Administration’s scientific advisers are holding a public meeting Dec. 10 to review Pfizer’s request to allow emergency use of its vaccine, and a decision could come shortly thereafter.

Stephen Evans, a professor at the London School of Hygiene and Tropical Medicine, said that although the main drug regulators will all analyze the same data, the European regulator's decision-making process is slowed by the bureaucracy of the 27-nation bloc.

He explained that approval at the EMA “requires cooperation from member states, who each have a say in the authorization of a vaccine.”

British regulators also are assessing another vaccine developed by researchers from Oxford University and drugmaker AstraZeneca.

Whichever of the three regulators – American, British or European – acts earliest would be giving the first approval of a COVID-19 vaccine that’s been rigorously tested in tens of thousands of people in trials that meet common scientific standards.

Numerous other vaccines are also being worked on. Russia and China have even begun administering shots of locally developed vaccines and selling them to other countries but have not published evidence from advanced studies proving the vaccines are safe and effective.

Globally, every country that has a drug regulatory agency will have to issue its own approval for any COVID-19 vaccine, although countries with weak systems usually rely on the World Health Organization (WHO) to vet the shots. In the EU, countries typically accept EMA approval for vaccines and drugs unless there is a specific issue the country wants examined further.

Multiple successful vaccines will be needed to end the pandemic, which has been on the upswing in Europe and the U.S. and so far left more than 1.4 million people worldwide dead.

Authorities and drugmakers have pledged to work together to immediately begin rolling out the first shots once the approval comes in, whether that’s in the U.S. or Europe.

“Depending on how the authorities decide we can start delivering within a few hours,” said BioNTech's chief operating officer, Sierk Poetting.

But officials caution that while some people may receive a vaccine in the coming weeks, it will likely take years to give billions of people around the world the shot, or two if a booster is necessary, meaning that people will be living with some virus control measures at least well into next year.

The EU's top official said Tuesday around 2 billion doses of potential COVID-19 vaccines have been secured for the bloc's 27 nations and called hope for their quick approval "a huge step forward toward our normal life."

EU Commission President Ursula von der Leyen, however, urged EU citizens to remain “disciplined till we have reached finally a vaccination that is appropriate to eradicate this virus.”

Even after vaccines are approved, manufacturers and regulators will be monitoring how well they are received by patients to determine the frequency of rarer side effects that may only appear when millions are immunized.