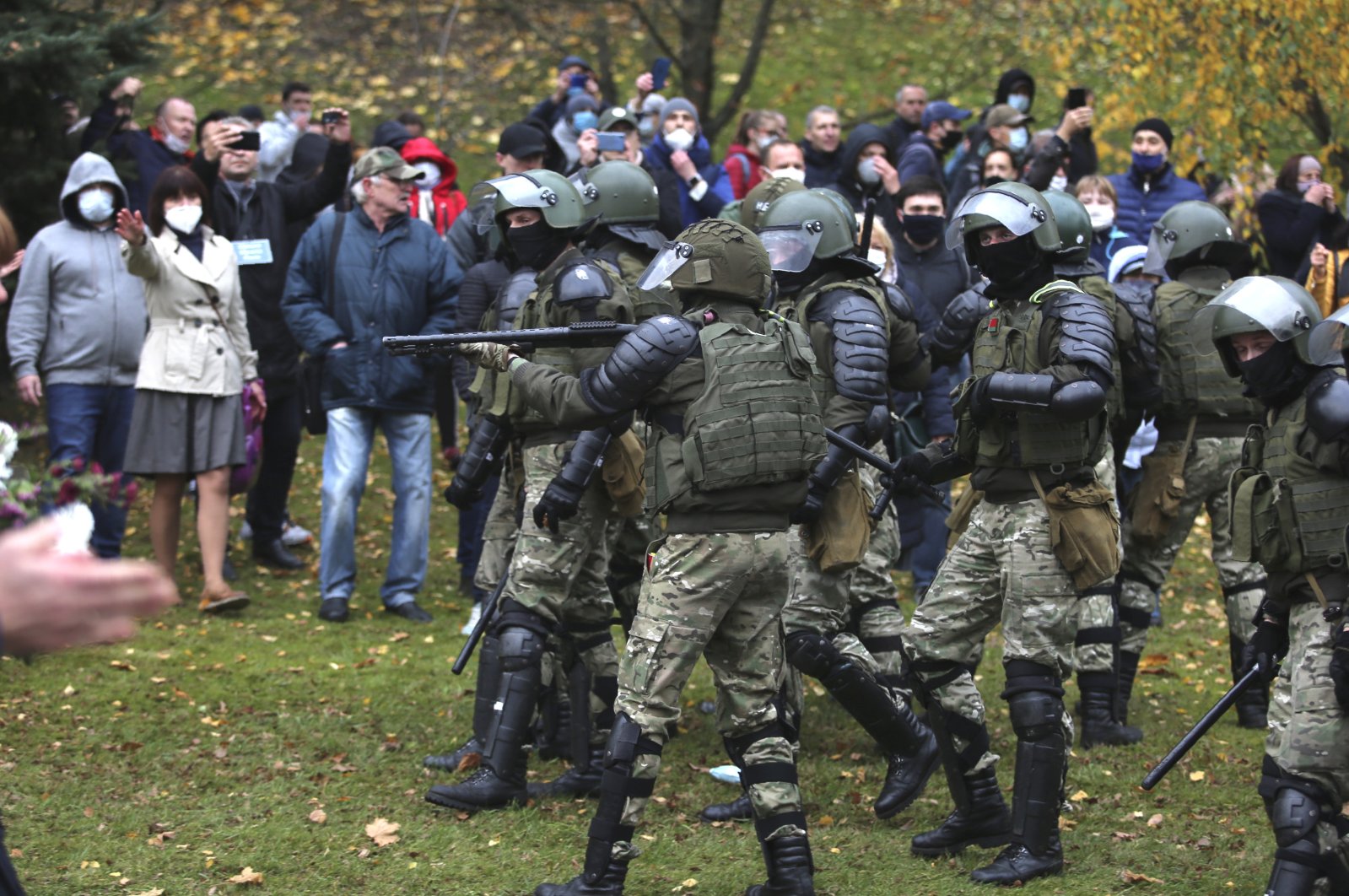 The European Union on Wednesday launched a procedure to sanction Belarusian President Alexander Lukashenko, his son Viktor and 13 others held responsible for a post-election crackdown in the former Soviet state, diplomatic sources in Brussels said.

The green light to ban visas and freeze the assets of Lukashenko and the 14 others was given by envoys from the EU's 27 member states and should be confirmed in the bloc's official journal by Friday, they said.

The EU has already imposed travel bans and asset freezes on 40 Lukashenko allies for rigging an election in August that returned him to power and for orchestrating a crackdown on mass protests that have rocked the country since the vote.

The bloc had held back from penalizing Lukashenko, hoping to persuade him to engage in dialogue with opposition forces to resolve the crisis.

However, this hope was not fulfilled, and in mid-October, EU foreign ministers gave the go-ahead in principle to take action against the leader.

Lukashenko is "responsible for the violent repression by the state apparatus before and after the 2020 presidential elections," said the sanctions decision seen by Agence France-Presse (AFP).

It also handed him responsibility for the exclusion of important opposition candidates in the election, "arbitrary arrests and the ill-treatment of peaceful demonstrators, as well as intimidation and violence against journalists."

The EU is also targeting Lukashenko's son Viktor, who is an acting national security adviser in Belarus. Among the other persons involved are Lukashenko's chief of staff, Igor Sergeenko, the head of the State Security Committee (KGB), Ivan Tertel, and the leader's press officer.

According to The Associated Press (AP), more than 15,000 people have been arrested since the protests began after the Aug. 9 presidential election in which Lukashenko was declared to have won a sixth term. Most served short jail terms or were fined, but human rights activists say about 100 of those arrested should be considered political prisoners.

Authorities indicated Monday that pressure on protesters is intensifying, saying that more than 230 people arrested in a demonstration on Sunday would face charges that could bring up to three years in prison. Protesters and some poll workers said the results of the presidential election were manipulated. The claims galvanized discontent with Lukashenko's repressive 26-year rule and set an unprecedented wave of large and persistent protests.

Lukashenko has consistently refused to negotiate with opponents, a standoff that raises questions about how long the opposition can continue to bring people into the streets. Although demonstrations on Sundays have typically attracted crowds of 100,000 or more, the most recent Sunday protest saw a turnout of only about 20,000.

About 300 people were arrested in that demonstration, in which police fired in the air and used stun grenades against the crowd. All prominent members at the helm of the opposition’s Coordination Council, which was formed to push for a transition of power, have either been jailed or left the country.

Western nations decried arbitrary arrests and other forms of repression in the country during a review of its record at the U.N.’s top human rights body on Monday, with the U.S. ambassador calling on authorities there to halt a "brutal crackdown."

Andrew Bremberg, the U.S. ambassador to U.N. institutions in Geneva, called on Lukashenko to "cease its brutal crackdown against the Belarusian people" and denounced as "fraudulent” presidential elections.