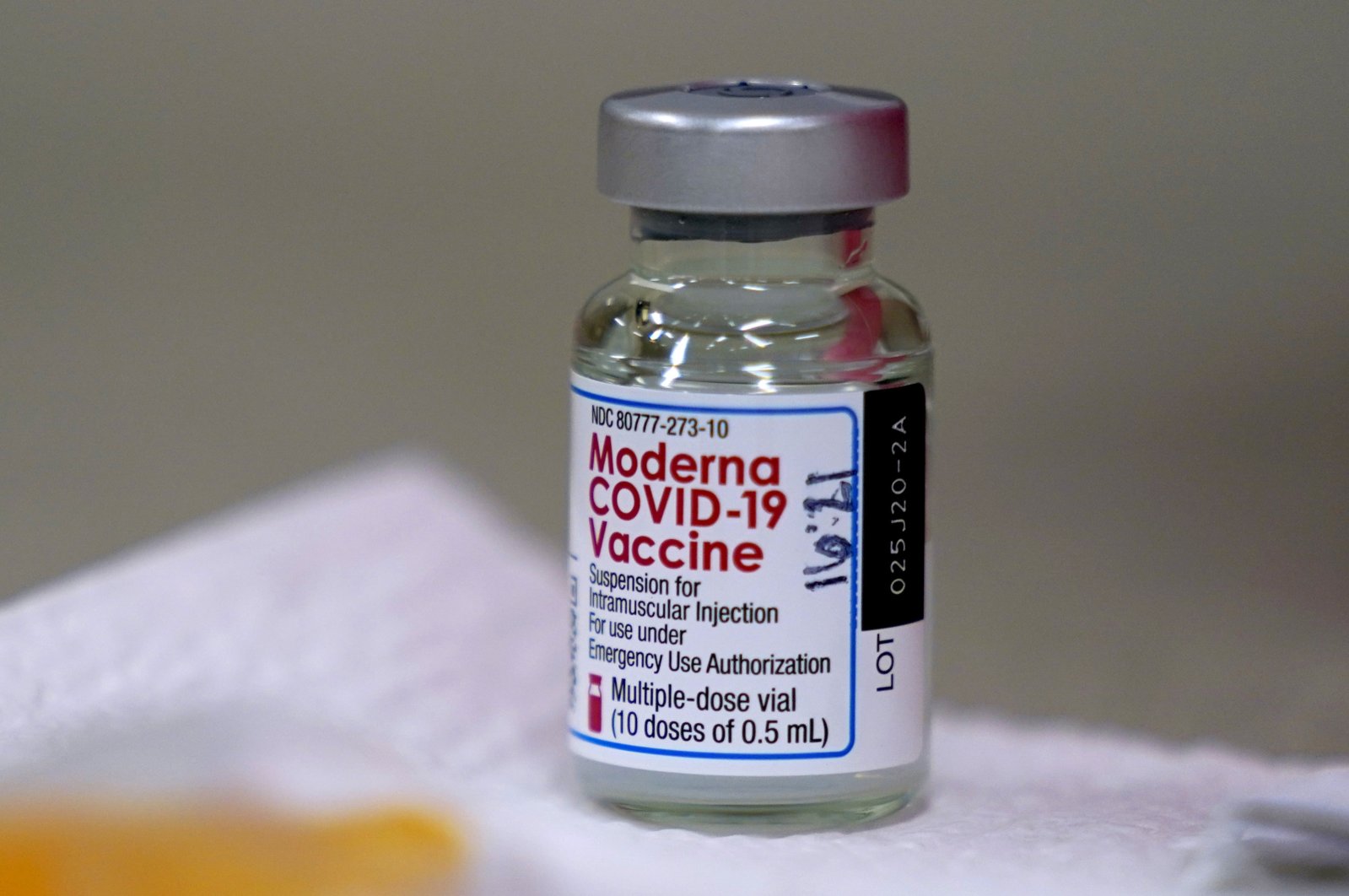 The European Union’s medicines agency gave the green light Wednesday to Moderna Inc.’s COVID-19 vaccine, a decision that gives the 27-nation bloc a second vaccine to use in the desperate battle to tame the virus rampaging across the continent.

The approval recommendation by the European Medicines Agency’s (EMA) human medicines committee – which must be rubber-stamped by the EU’s executive commission – comes amid high rates of infections in many EU countries and strong criticism of the slow pace of vaccinations across the region of some 450 million people.

"This vaccine provides us with another tool to overcome the current emergency,” said Emer Cooke, Executive Director of EMA. "It is a testament to the efforts and commitment of all involved that we have this second positive vaccine recommendation just short of a year since the pandemic was declared by WHO."

European Commission President Ursula von der Leyen welcomed the approval and added in a tweet: "Now we are working at full speed to approve it & make it available in the EU." The EMA has already approved a coronavirus vaccine made by American drugmaker Pfizer and Germany's BioNTech.

Both vaccines require giving people two shots. The EU has ordered 80 million doses of the Moderna vaccine with an option for a further 80 million. The bloc also has committed to buying 300 million doses of the Pfizer-BioNTech vaccine. Ahead of the meeting on the Moderna vaccine, the agency said in a tweet that its experts were "working hard to clarify all outstanding issues with the company." It did not elaborate on what those issues were. Moderna also declined to comment.

German Health Minister Jens Spahn – who has in the past been critical of the slow pace of the EMA – said shortly before the announcement of the EMA approval that he expected the Moderna vaccine to begin rolling out to EU nations next week.

Germany would get 2 million doses in the first quarter and 50 million in all of 2021, Spahn told reporters in Berlin. "The problem is the shortage of production capacity with global demand," he said. Spahn said that if further vaccines beyond the BioNTech-Pfizer and Moderna shots are approved in the EU, "we’ll be able to offer everyone in Germany a vaccine by the summer." He insisted that the strategy of bulk-buying for the entire bloc had been the right one as it had given manufacturers certainty to go ahead with production and ensured fair distribution among all the 27 countries.

Early results of large, still unfinished studies show both the Moderna and the Pfizer-BioNTech vaccines appear safe and strongly protective, although Moderna's is easier to handle since it doesn’t need to be stored at ultra-frozen temperatures.

The EU agency gave the green light to use the Moderna vaccine on people aged 18 years and above. It said side effects "were usually mild or moderate and got better within a few days after vaccination." The most common side effects are "pain and swelling at the injection site, tiredness, chills, fever, swollen or tender lymph nodes under the arm, headache, muscle and joint pain, nausea and vomiting," the EMA said. Cook stressed that EU authorities "will closely monitor data on the safety and effectiveness of the vaccine to ensure ongoing protection of the EU public. Our work will always be guided by scientific evidence and our commitment to safeguard the health of EU citizens."

The United States, Canada and Israel have already approved the use of the Moderna vaccine. The U.S. gave it the green light for emergency use in people over 18 years on Dec. 18, followed by Canada five days later with an interim authorization also for people over 18. Israel authorized the vaccine on Monday. Moderna said Monday that it is increasing its estimate for global vaccine production in 2021 from 500 to 600 million doses. The company said it is "continuing to invest and add staff to build up to potentially 1 billion doses for 2021."

Both Moderna's and Pfizer-BioNTech’s shots are mRNA vaccines, made with groundbreaking new technology.

They don’t contain any coronavirus – meaning they cannot cause infection. Instead, they use a piece of genetic code that trains the immune system to recognize the spike protein on the surface of the virus, ready to attack if the real thing comes along. The EU officially began giving out Pfizer-BioNTech vaccination shots on Dec. 27, but the speed of each nation's inoculation program has varied widely. France vaccinated around 500 people in the first week, while Germany vaccinated 200,000.

The Dutch were only beginning to give out vaccine shots Wednesday, the last EU nation to start doing so. Austrian Chancellor Sebastian Kurz tweeted that approval of the Moderna vaccine "is another important step in the fight against the pandemic. This means we have more vaccine available in the EU and can fight the pandemic faster."