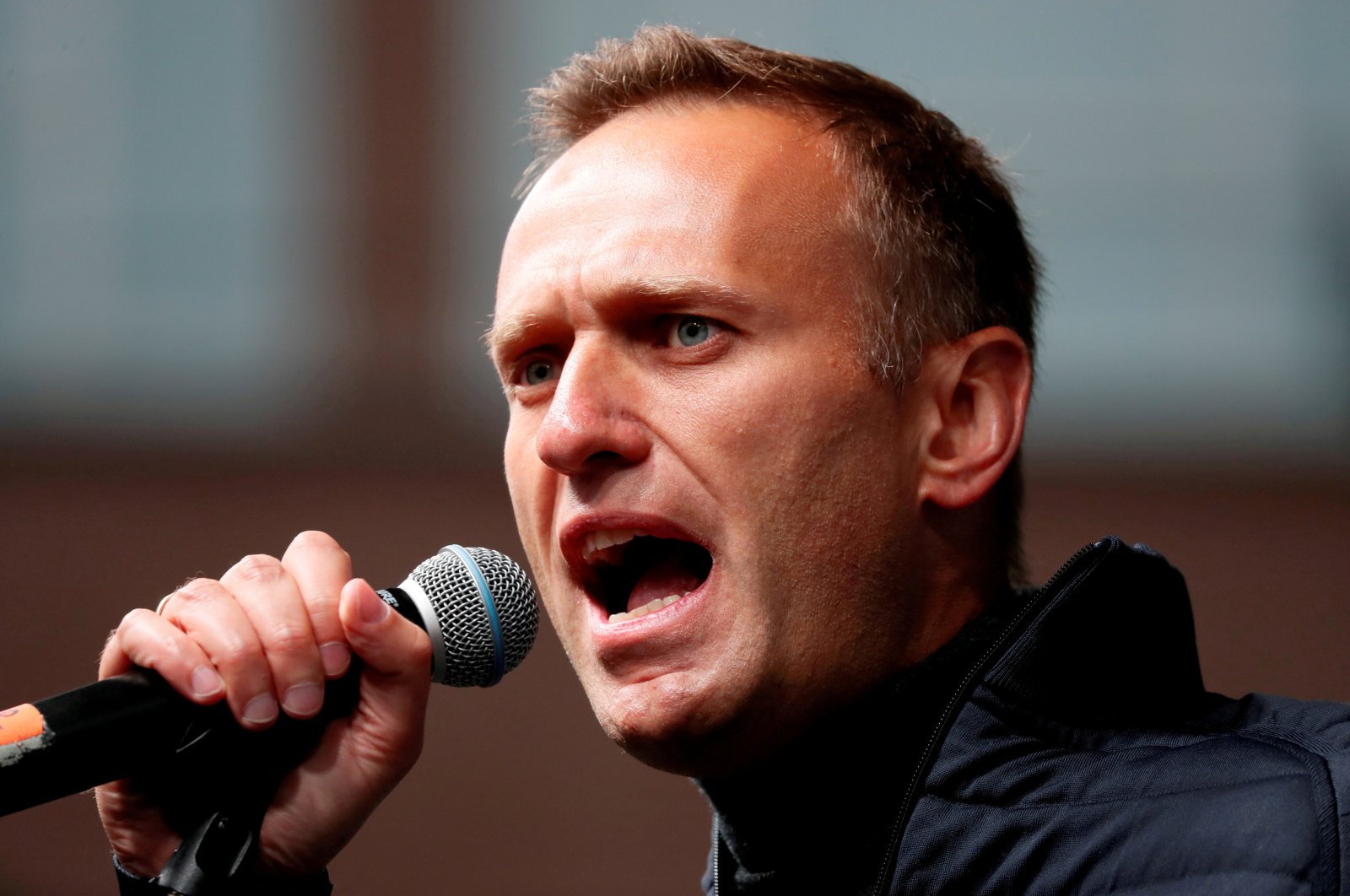 Russian opposition leader Alexei Navalny delivers a speech during a rally to demand the release of jailed protesters, who were detained during opposition demonstrations for fair elections, in Moscow, Russia, Sept. 29, 2019. (Reuters Photo)
by Compiled from Wire Services
Oct 14, 2020 12:01 pm

The European Union has agreed Wednesday to sanction six individuals and one organization from Russia over the poisoning of leading Kremlin critic Alexei Navalny with the nerve agent Novichok.

The asset freezes and travel bans are to be finalized by written procedure and could be implemented within a few days.

Shortly after the announcement Russian Foreign Minister Sergey Lavrov said that Moscow will respond in kind against EU sanctions over Navalny.

"The Germans are not planning to provide any facts, despite all international and legal obligations. We respond in kind, this is diplomatic practice,” Lavrov said in an interview Wednesday.

He noticed that Russia's ties with the European Union did not look very optimistic, but that economic interests needed to be preserved.

The move came after the meeting in Luxembourg on Monday where France and Germany were due to outline a proposal for sanctions, made last week after an investigation found that Navalny was poisoned with the chemical nerve agent Novichok. The two countries believe that the poisoning could only have happened with the involvement of Russian authorities.

Navalny, a fierce critic of President Vladimir Putin and prominent anti-corruption campaigner, fell ill on a domestic flight in Siberia on Aug. 20 and was transported to Germany for treatment in a comatose state two days later.

The speed with which Europe's two main powers have agreed to push ahead with sanctions suggested a hardening of the bloc's diplomacy toward Russia's cruel policy toward opposition. It contrasts 2018 when it took almost a year for the European Union to agree to sanctions against Russians following a nerve agent attack on a Russian spy in Britain.

Austria's foreign minister, Alexander Schallenberg, whose country is one of Russia's closest allies in the bloc, said there could not be a "return to business as usual" and that Moscow had failed to help clear up doubts about the poisoning.

Blood samples taken from Navalny confirmed the presence of a nerve agent from the banned Novichok family, the Organization for the Prohibition of Chemical Weapons (OPCW) said last week.