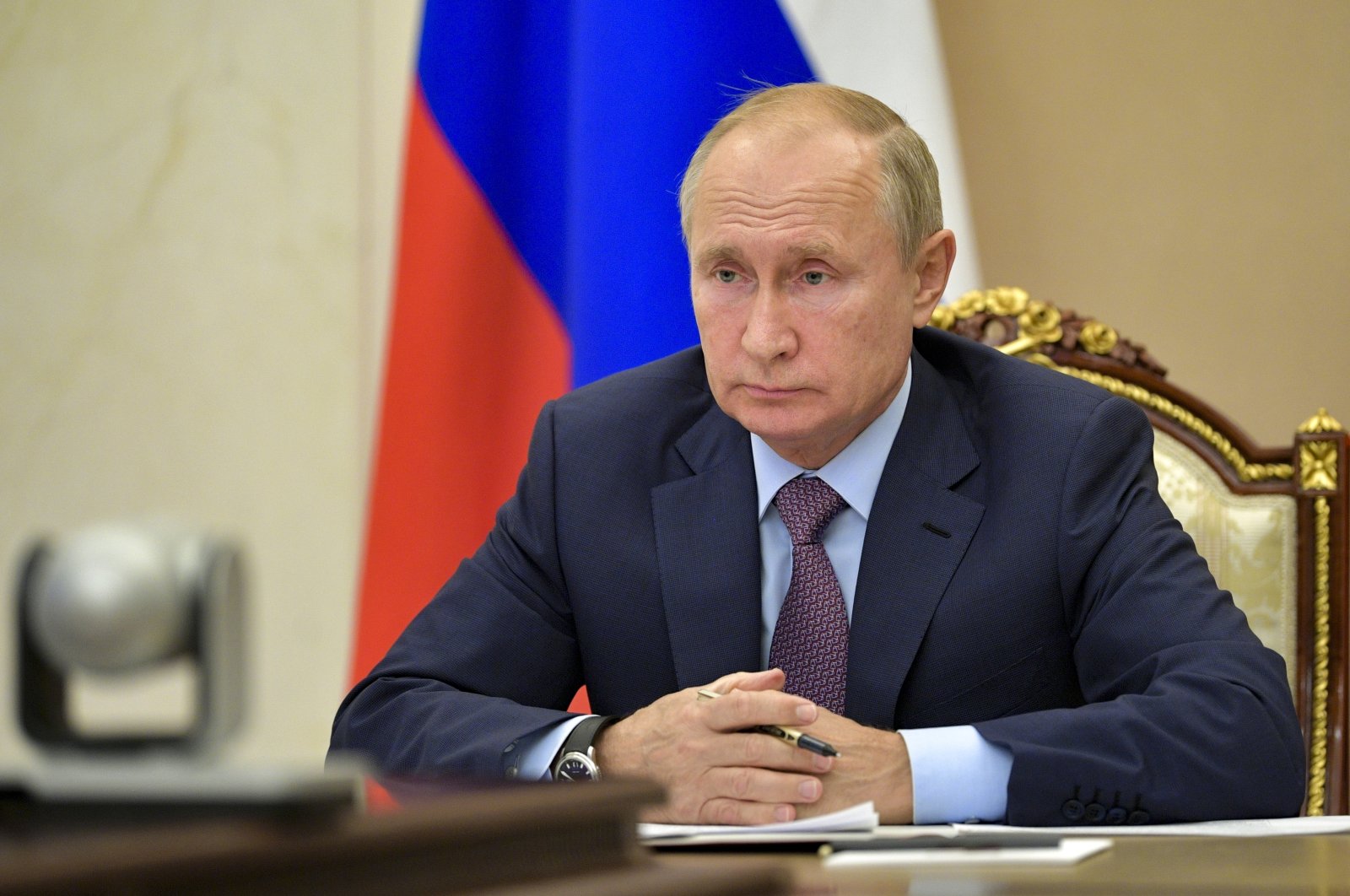 The European Union on Thursday sanctioned senior aides to Russian President Vladimir Putin, including the man known as his chef, over the poisoning of opposition figure Alexei Navalny and the Kremlin meddling in Libya's civil war.

The EU said Yevgeny Prigozhin, nicknamed "Putin's chef" because his company has done catering for the Kremlin, was undermining peace in Libya by supporting the Russian-based Wagner Group, a private military company.

Six others, including the head of Russia's FSB domestic spy agency were sanctioned over the attempt to murder Navalny using the nerve agent Novichok.

Prigozhin, a wealthy tycoon close to Putin, is already under U.S. sanctions over his links to the Wagner mercenary outfit, which has been accused of interfering in various conflicts around Africa.

In its official listing, the EU said Prigozhin had "close links, including financially, to the private military company Wagner Group."

"In this way, Prigozhin is engaged in and providing support for the Wagner Group's activities in Libya, which threaten the country's peace, stability and security."

The EU said the group had committed "multiple and repeated breaches" of a U.N. arms embargo on Libya, where Russia has backed putschist Gen. Khalifa Haftar in his uprising against the internationally recognized government.

The listing means Prigozhin is banned from traveling to the EU and any assets he holds in the bloc will be frozen. EU citizens and companies are also barred from supplying him with funds.

The same penalties apply to the six listed over the Navalny poisoning, who include FSB chief Alexander Bortnikov, as well as Sergey Kirienko and Andrei Yarin – both senior members of Putin's presidential executive office.

"It is reasonable to conclude that the poisoning of Alexei Navalny was only possible with the consent of the presidential executive office," the EU said in its official listing.

The bloc also said that Yarin was part of a special task force charged with countering Navalny's influence by discrediting him.

The EU also sanctioned Russia's State Scientific Research Institute for Organic Chemistry and Technology (GosNIIOKhT), which is supposed to be responsible for the destruction of chemical weapons stocks inherited from the Soviet Union.

Meanwhile, Russia said Thursday the EU had harmed relations with Moscow after it sanctioned senior aides to Putin.

"The EU with this step has harmed relations with our country," Kremlin spokesman Dmitry Peskov told reporters, describing the measure as a "consciously unfriendly step" on the part of the EU and vowing that Russia would retaliate.

He said there was no logic to the move and, referring to Navalny, expressed regret over a decision that "puts relations between the EU and Moscow at stake over a person who Europe believes is the leader of some kind of opposition".

Navalny fell seriously ill on a plane in Siberia while on the election campaign trail and was flown to Germany for treatment in August.

Tests carried out by German experts, later confirmed by France, Sweden and the U.N.'s Organization for the Prohibition of Chemical Weapons (OPCW) showed he had been poisoned with a Novichok nerve agent.

Poison from the same group was used to attack former Russian spy Sergey Skripal and his daughter in England in 2018 – an incident that prompted the EU to sanction four members of the Kremlin's GRU military intelligence.

The agreement to move on sanctions on Russia was taken by the bloc's foreign ministers on Monday while Russian Foreign Minister Sergey Lavrov threatened the EU with an equivalent blacklist of individuals on Wednesday.