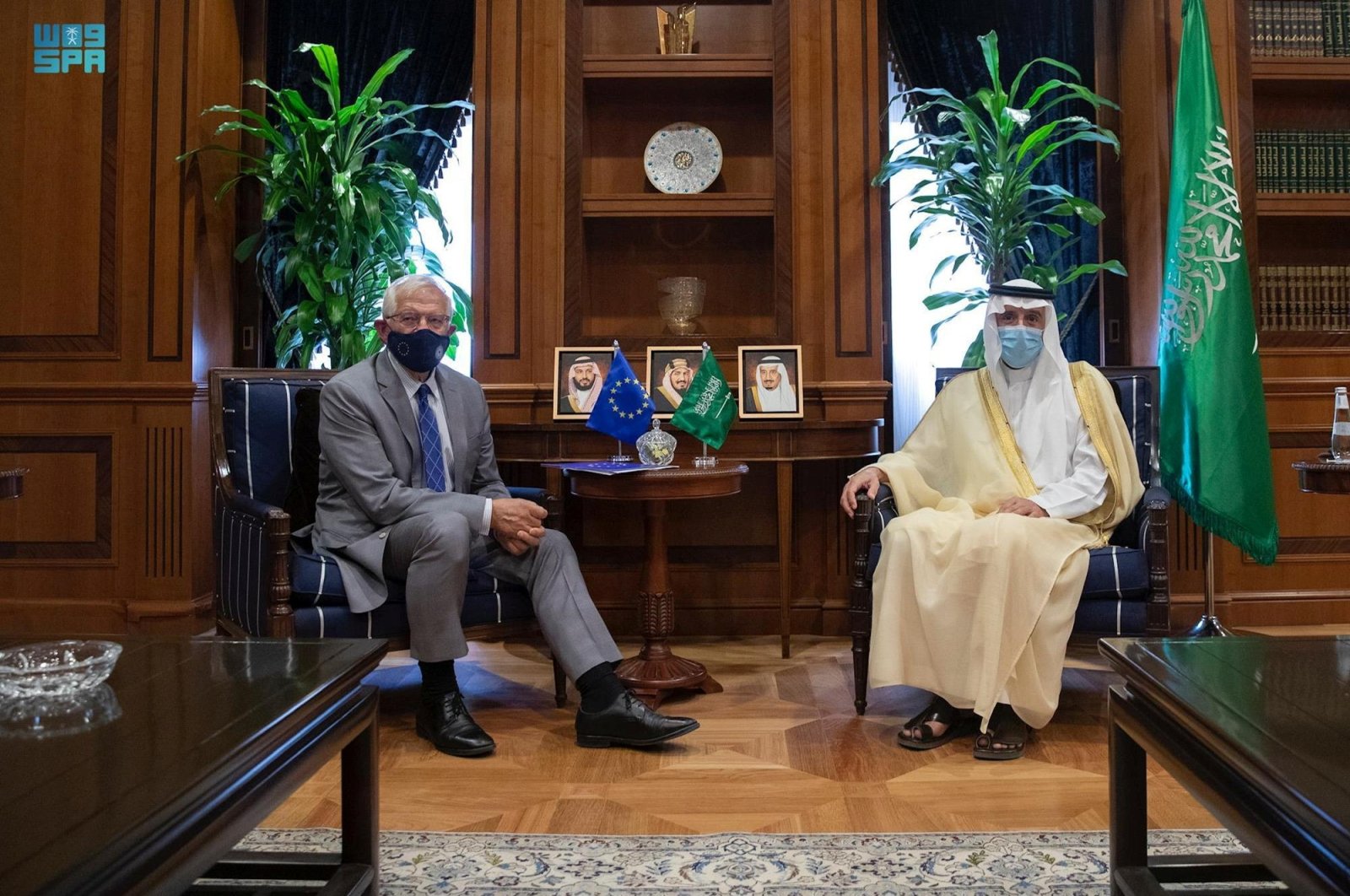 Josep Borrell said on Twitter that he signed with Saudi Arabia's Foreign Minister Faisal bin Farhan a cooperation arrangement to reinforce ties through regular consultations on political, socioeconomic, security, and other topics.

"With 1st ever #HumanRights dialogue this week it shows positive dynamics in our partnership," Borrell added, referring to the meeting held in the Saudi capital Riyadh.

As part of his first tour to the Gulf region, Borrell went to Saudi Arabia after visiting Qatar and the United Arab Emirates (UAE).

Brussels was also engaging on human rights and voiced hope the dialogue would produce "real results," he added.

Saudi Arabia's social and economic reform drive has been accompanied by a crackdown on dissent, which drew intense international scrutiny following the 2018 murder of Saudi journalist Jamal Khashoggi at the kingdom's Istanbul consulate.

Riyadh has also faced criticism over Yemen, where it leads a military coalition that has been battling the Iran-aligned Houthi movement for over six years.

Describing Yemen as a "terrible tragedy," Borrell voiced support for a peaceful settlement of the conflict, largely seen in the region as a proxy war between Saudi Arabia and Iran.

Prince Faisal said Riyadh has a "very robust" dialogue with the United States to end the war.