EU struggles with more exit signs, this time from Italy 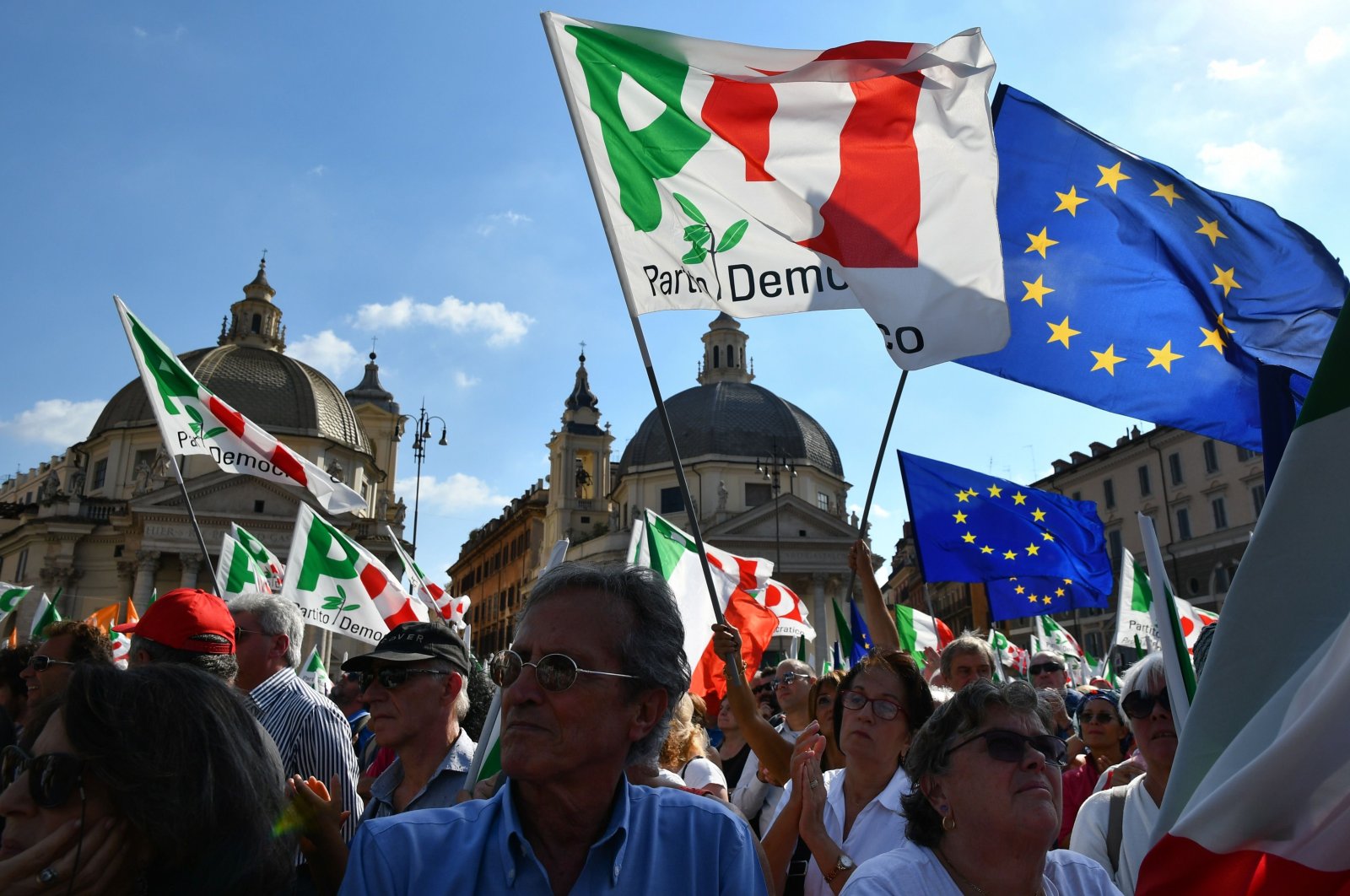 After the EU dithered in helping Rome in times of crisis, Italian populists took a step to cut Italy out of the bloc by launching the Italexit party

In the wake of Brexit, more exit signs are lighting up among European Union countries, with Italy's populists announcing the formal birth of the Italexit party.

Two days after meeting with Brexit Party leader Nigel Farage, Populist Italian Senator Gianluigi Paragone launched the Italexit party last Thursday, aiming at taking Italy out of the EU. The move came as the country is dealing with a migrant crisis, the coronavirus pandemic and growing economic hardship.

Professor Kemal Inat, a prominent academic from Sakarya University, pointed out the impact of the migrant crisis and growing discomfort from dominant countries like Germany on the rising Eurosceptic sentiments in Italy. "Eurosceptics in Italy think that the EU has not given sufficient support to Italy over the migrant crisis ... Leaving the EU would ease the pressure on (Italians)," Inat said.

In Europe, Italy was hit hardest by the pandemic. The country's massive production has collapsed during the pandemic as its gross domestic product (GDP) is expected to drop by about 11% this year. The country’s interior minister warned of possible social unrest this fall if businesses fail and lay off workers. While Italy was suffering from the pandemic, the EU was asked for an apology for not sufficiently helping the country at the beginning of the COVID-19 outbreak. All of these factors have resulted in flagging faith in the EU project among Italians.

According to a survey by pollster SWG at the end of May, just 39% of Italians said they trusted the EU. Another survey conducted by Tecne in April showed that 42% of respondents said they would leave the EU; the number jumped from 26% in November 2018.

Italy has clashed with the EU over migrants stranded on boats in the Mediterranean. European countries have long been struggling to agree on how to deal with migrants trying to cross the Mediterranean. Italy’s government has threatened to cut funds for the EU unless other states take in boat migrants stranded in an Italian port. The country has also impeded nongovernmental organizations (NGOs) and aid groups from operating rescue boats, either by refusing them entry to their ports or by impounding their vessels and placing their crews under investigation.

Inat also underscored the perception among Italians over losing their independence due to Germany's dominance in the bloc. Recalling the 2008-2009 economic crisis, Inat stated that countries like Italy need economic support from Germany as their economies have been negatively affected by the health crisis this year. Last week, Italy and the EU reached a deal to launch an economic recovery fund worth 750 billion euros ($881 billion). "Policies of countries like Germany and France would determine the future of Italy's role in the EU," Inat added.

The first threat to the EU's long-time unity came with the possible withdrawal of Greece from the European single currency program following Greece's profound debt crisis. However, after three emergency bailouts and a debt-restructuring program, the Greek economy has continued to unravel and the threat of a "Grexit" is still on the agenda.

The second one was the Netherlands, one of the original founders of the EU, as the Dutch started to talk about a possible "Nexit" after the majority of people rejected an EU referendum on an association agreement between the EU and Ukraine on April 6, 2016. The vote was a heavy blow to the EU, as it showed growing disenchantment among the Dutch with the EU project. It also led the way in anti-EU sentiment, something that has become more visible in many EU countries. The leader of the far-right Dutch Freedom Party, Geert Wilders, described the result as "the beginning of the end of the EU."

Last but not least is the historical departure of the United Kingdom from the bloc. The U.K. left the EU on Jan. 31 after a slim majority voted for Brexit in a 2016 referendum, but financial firms have unfettered access to the bloc under transition arrangements that end on Dec. 31.