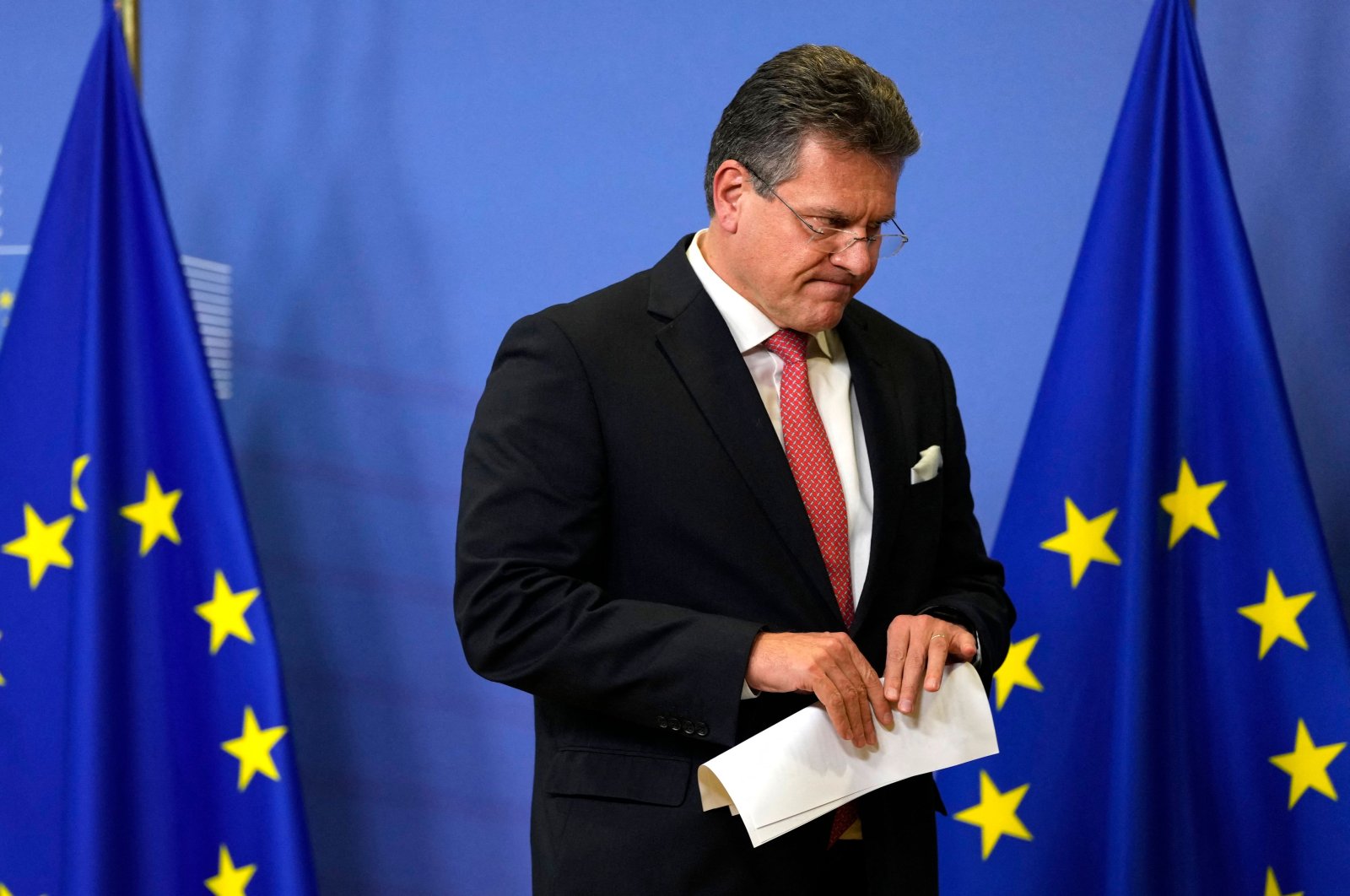 The European Union Friday warned Britain of "serious consequences" if London makes good on a threat to try to suspend part of the Brexit treaty regarding Northern Ireland.

The two sides are locked in talks seeking to resolve problems caused by the trading arrangements for Northern Ireland agreed as part of Britain's acrimonious departure from the bloc.

The EU has offered to ease customs checks on goods entering Northern Ireland from the rest of the United Kingdom, a key point of anger for pro-British parties in the province.

But London says it could move to suspend the protocol unless Brussels agrees to more sweeping changes to rewrite the accord.

"This was a big move by us, but until today we have seen no move at all from the U.K. side," said European Commission Vice President Maros Sefcovic after a fresh round of talks with Britain's Brexit Minister David Frost in Brussels.

"I find this disappointing, and once again, I urge the U.K. government to engage with us sincerely."

Sefcovic hit back at threats from the U.K. to trigger Article 16 of the agreement that could lead to its suspension.

"There'll be no doubt that triggering Article 16 to seek the renegotiation of the protocol would have serious consequences – serious for Northern Ireland ... and serious also for the EU-U.K. relations in general," he said.

He said the two sides would hold talks again in London next Friday, and added, "I see next week as an important one."

The differences over Northern Ireland have embittered relations between Brussels and London, and risk causing a trade war that could bring bilateral trade to a standstill.

A British government statement after the talks said progress has been "limited," but added, "these gaps could still be bridged through further intensive discussions."

"The EU's proposals did not currently deal effectively with the fundamental difficulties in the way the protocol was operating," the statement said.

Britain has previously threatened to use Article 16 if the EU does not redraw the protocol. Europe could retaliate a month later under the terms of the treaty.

A European diplomat said Brussels was increasingly readying itself for the possibility London could trigger Article 16 and warned of a "strong reaction" from the EU if that happened.

The diplomat said that might involve Brussels suspending the overall post-Brexit trade deal – a move that could plunge ties between the two sides to an acrimonious low and take them back to square one.

The dispute over Northern Ireland comes as Britain and France are locked in another furious post-Brexit dispute over fishing rights.

The row has added to a litany of problems between the Channel neighbors in the wake of Brexit that has plunged relations to a level of rancor rarely seen in recent years.