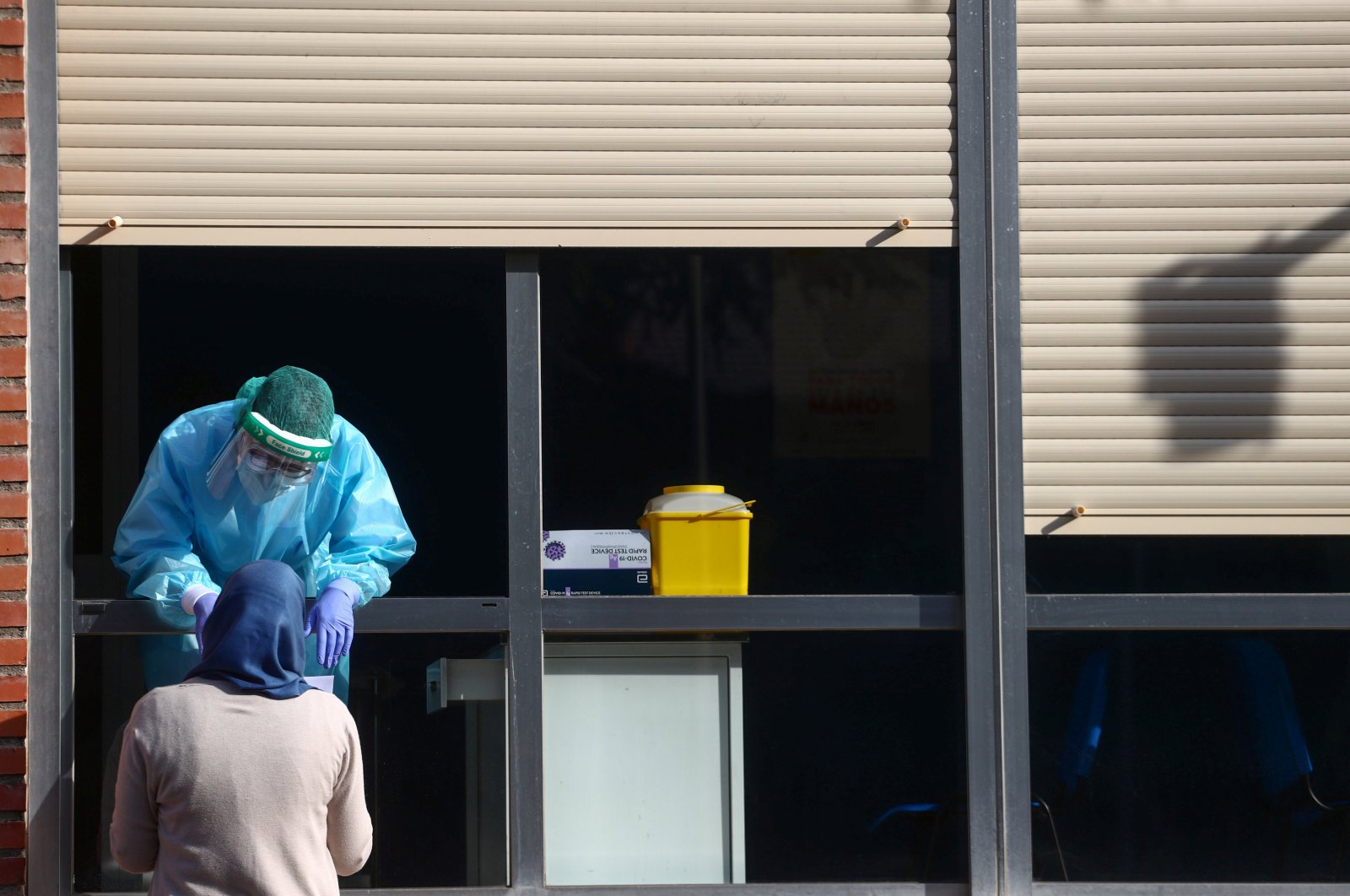 Germany declares 11 European risk zones while Spain puts its capital Madrid, its infection hot spot, under lockdown in a bid to curb the spread of the coronavirus

Amid Europe’s dramatic virus uptick, fear is rising just as fast as the second COVID-19 wave forcing many countries to consider returning to lockdowns with strict restrictions. While France, the U.K. and Spain logged record daily increases in coronavirus cases, Belgium, one of Europe's worst-hit countries, passed the milestone of 10,000 dead.

The central Spanish government imposed new restrictions, putting Madrid under lockdown despite opposition by the regional government. Health Minister Salvador Illa published the order in the official gazette on Thursday. The capital city has 735 cases per 100,000 people, one of the highest of any region in Europe and double Spain's national rate.

From now on, larger cities with more than 500 new infections per 100,000 inhabitants within two weeks, where at least 10% of coronavirus test results are positive and where more than 35% of hospital intensive care beds are occupied by COVID-19 patients are to be placed under lockdown. The measures, which include more severe social distancing and restrictions on movement, currently apply to Madrid and nine other cities in the capital region, according to the official gazette. Madrid's regional leader Enrique Ruiz Escudero, however, announced he would not implement the order because it is illegal, daily El Pais reported.

In Germany, due to the high number of coronavirus infections, the government on Wednesday classified individual regions in 11 European countries including all of Belgium, Iceland, Wales and Northern Ireland as high-risk areas. It also lifted a blanket travel warning in place during the coronavirus pandemic for a total of 160 countries outside the European Union. Each nation in the world will now be assessed individually.

Along with Wales and Northern Ireland, Germany's disease control body, the Robert Koch Institute (RKI), included Britain in its health warnings for the first time in the pandemic. French regions Pays de la Loire and Burgundy were also named. For the first time, areas in the Baltic countries of Lithuania and Estonia were named and regions in Ireland, Croatia, Slovenia, Hungary and Romania were also added.

Virus out of control in UK

In Britain, health experts warned that the coronavirus is out of control as case numbers and hospital admissions rise despite a slew of new restrictions on social gatherings. "Things are definitely heading in the wrong direction," U.K. chief scientific adviser Patrick Vallance said at a government press conference, as a further 7,108 cases and 71 deaths were reported.

Britain has reported some 450,000 coronavirus infections since March. Its official death toll linked to COVID-19 is more than 42,000, Europe's highest total. There was a 61% increase in positive COVID-19 cases in England's latest weekly data, with more than four times the number of infections recorded as there were at the end of August, the health service's test and trace scheme said on Thursday.

In the Netherlands, the Dutch government’s statistics office said the death toll from the peak of the coronavirus outbreak is significantly higher than the official figures published by the country’s public health institute. The Central Bureau for Statistics reported Thursday that just over 10,000 people died of COVID-19 in March through June this year as the first wave of the pandemic swept across the nation. The official total for the entire outbreak stands at around 6,400, but the public health institute has always acknowledged that it includes only people who died after a positive coronavirus test and that many people died without being tested.

The number of cases worldwide has soared past 32 million, with deaths surpassing 1 million, and the global economy has been devastated and major cultural and sports events have been disrupted. The World Health Organization (WHO) warned last week the prospect of another million deaths was not unimaginable if countries and individuals do not come together to tackle the crisis. The United States has suffered the most deaths, with 206,005, followed by Brazil with 142,921, India with 97,497 and Mexico with 77,163.

India on Thursday reported 86,821 new coronaviruses cases and another 1,181 fatalities, making September its worst month of the pandemic. The Health Ministry's update for the past 24 hours raised India’s total to more than 6.3 million people infected and 98,678 dead from COVID-19. India added 41% of its confirmed cases and 34% of fatalities in September alone.

India is expected to become the pandemic’s worst-hit country within weeks, surpassing the U.S., where more than 7.2 million people have been infected. The government announced further easing of restrictions to start Oct. 15. Cinemas, theaters and multiplexes can open with up to 50% seating capacity and swimming pools can also be used by athletes in training.