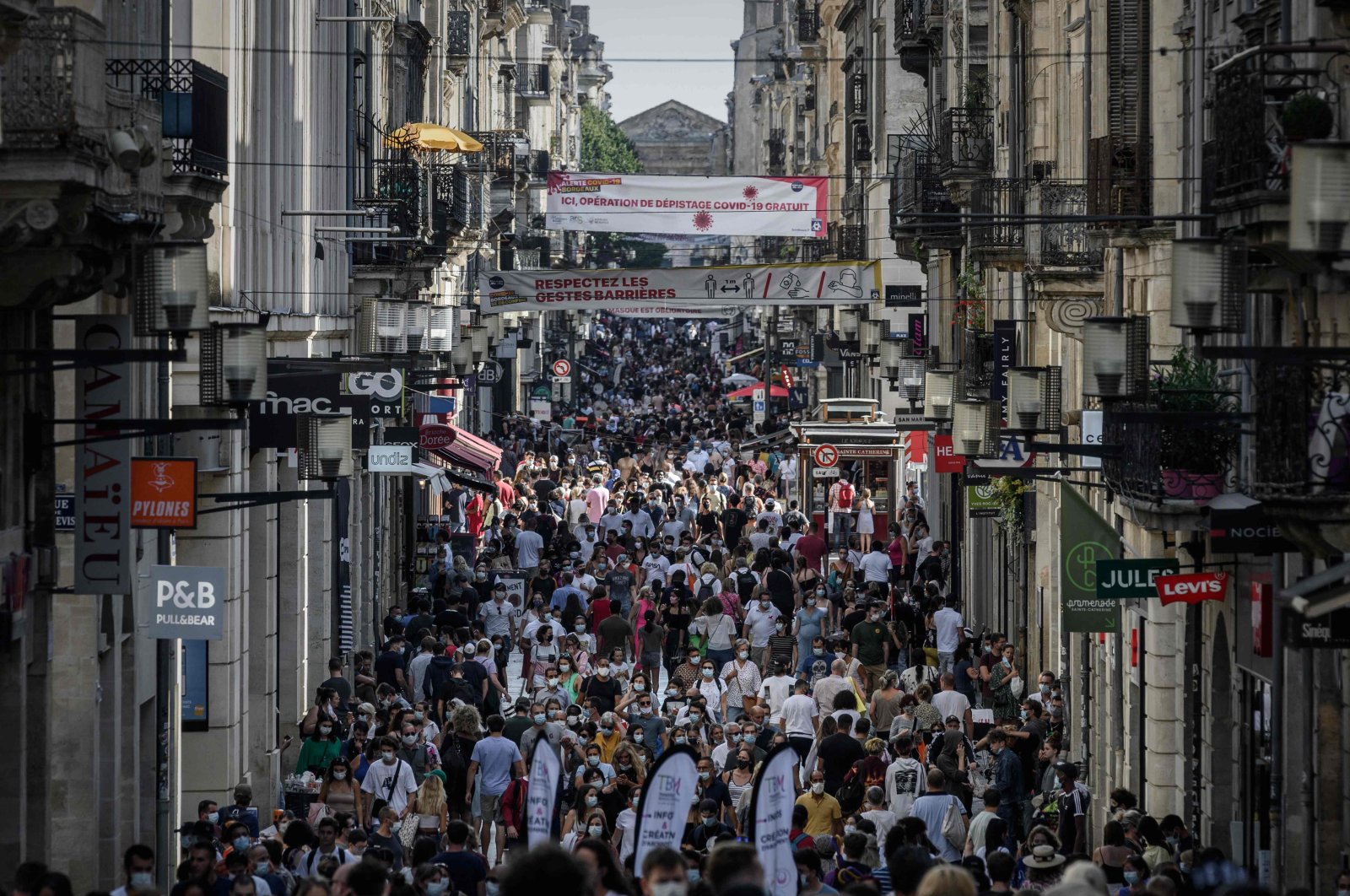 New coronavirus infections have been steadily rising in European countries, with many reporting their highest daily increases in the number of cases since the beginning of the outbreak.

French health authorities on Thursday recorded the highest daily increase in coronavirus infections since the beginning of the pandemic, as the government considers further measures to stop the virus' spread. On Thursday night, 9,843 new cases were announced from the previous 24 hours, according to the Health Ministry.

Many doctors fear that the intensive care units could be overburdened in autumn – as they were in March. Currently, large gatherings are already prohibited. In some cities, masks are mandatory in public places and even on the streets.

The previous daily record was reported at the beginning of September, with around 9,000 new virus cases in a single day. Earlier this year, the daily caseload record had reached around 7,500.

However, as in many countries, the number of tests has increased immensely, and as in other European countries, young adults in France are increasingly contracting the virus, according to the authorities. Risk areas are predominantly the Ile de France region around the capital Paris and the Cote d'Azur region.

Switzerland has reported 528 new cases of the coronavirus, the Federal Office of Public Health said Friday, the highest daily rise in infections since early April. The total number of laboratory-confirmed cases has now reached 46,239, the office said, while the number of COVID-19 deaths rose by three to 1,740.

With billions of people around the world still suffering from the fallout of the pandemic and the global death toll passing 900,000, worldwide infections to date now stand at more than 27 million.

The coronavirus tally passed the 8 million mark on Thursday in Latin America, the region with the most infections in the world, although there were indications the virus was now spreading more slowly in some countries. Brazil, experiencing the worst outbreak in the region, stayed atop the Latin American tables for coronavirus cases and deaths, recording a total of 4.2 million infections and more than 128,000 deaths.

Elsewhere in the world, India crossed 4.5 million COVID-19 cases Friday as the country's top medical research body said a random countrywide survey for antibodies had revealed that 6.4 million people may have been infected with the disease by early May.

"The findings of the first national population-based serosurvey indicated that 0.73 per cent of adults in India were exposed to SARS-CoV-2 infection, amounting to 6.4 million infections in total by the early May 2020," the study by the Indian Council of Medical Research said.

The survey for antibodies tested blood samples of 28,000 people across 21 Indian states from May 11 to June 4. The study was published in the latest issue of the Indian Journal of Medical Research.

With over 4.5 million cases, India currently has the second-largest virus caseload in the world, second only to the U.S. with 6.4 million cases. The numbers in the country of 1.3 billion people continue to surge daily, with 96,551 new cases reported Thursday, according to the health ministry. India's death toll is 76,271, with an average of 1,000 deaths reported daily in September. The first case of COVID-19 in India was reported on Jan. 30. The cases have spiked since the government eased a stringent two-month lockdown from the end of May to counter its impact on the economy.