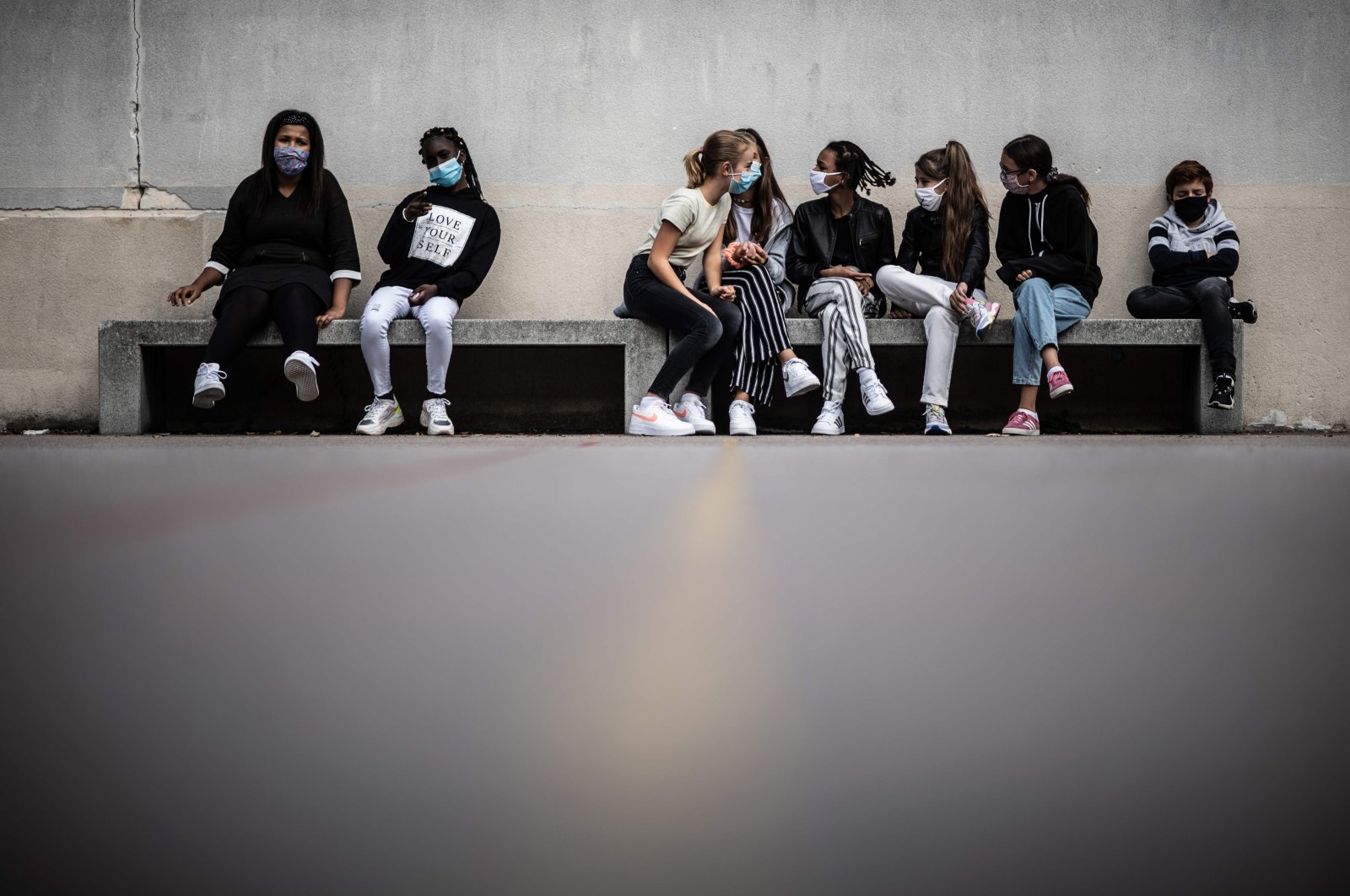 Russia, which Tuesday topped 1 million cases, along with Spain and Britain, recorded the highest number of infections, while 216,080 people have died across Europe.

Schools have reopened in Russia, Ukraine, Belgium and France, where teachers and children aged 11 and older were obliged to wear face coverings, echoing regulations in place across the continent.

The decision to forge ahead with school reopenings comes as the virus spreads rapidly once again in many countries, raising fears that more lockdowns and disruptions are to come in autumn and winter.

France reported 4,982 new confirmed coronavirus cases Tuesday, up from 3,082 registered Monday, but below the highs of nearly 7,400 seen last week.

With most of the new infections reported among young people, who typically show few or no symptoms, the surge in infections has not led to major pressure on the French hospital system so far.

The Moria facility, which hosts about 13,000 people, has been frequently criticized by aid groups for poor living conditions. Since March 1, all migrants who reach Lesbos have been quarantined away from the island’s camps.

The country has recorded 10,524 COVID-19 cases and 271 COVID-related deaths since the first infection in February. In recent weeks it has seen a surge in cases, which has forced Greek authorities to gradually reimpose restrictions to curb the spread of the virus.

Countries worldwide are struggling to balance the need for populations to get back to work and study with keeping cases under control, fearing above all a return to draconian lockdowns. The pandemic has killed more than 851,000 people worldwide since surfacing in China late last year, and more than 24 million infections have been recorded.

The Chinese city at the center of the initial outbreak, Wuhan, took another leap back to normality on Tuesday when its almost 1.4 million youngsters also returned to schools and kindergartens. State media broadcast images of thousands of students hoisting the Chinese flag, a daily routine at all public schools, despite warnings to avoid mass gatherings.

India registered 78,357 new coronavirus cases in the past 24 hours, raising its total above 3.7 million as the government eases pandemic restrictions nationwide to help the battered economy.

The nation of 1.4 billion people is fast becoming the world’s coronavirus epicenter. It has been reporting the highest daily increases in new cases for more than three weeks, and at its current rate is likely to soon pass Brazil and ultimately the U.S. in total reported cases.

The Health Ministry on Wednesday also reported 1,045 deaths in the past 24 hours, taking total fatalities up to 66,333. It now has the third-most deaths after recently passing Mexico's toll, according to a tally reported by the U.S.-based Johns Hopkins University.

Infections have been spreading fast from people in India’s big cities to smaller towns and rural areas. The country's testing capacity of nearly 100,000 per day has been increasing but experts say it is not enough.