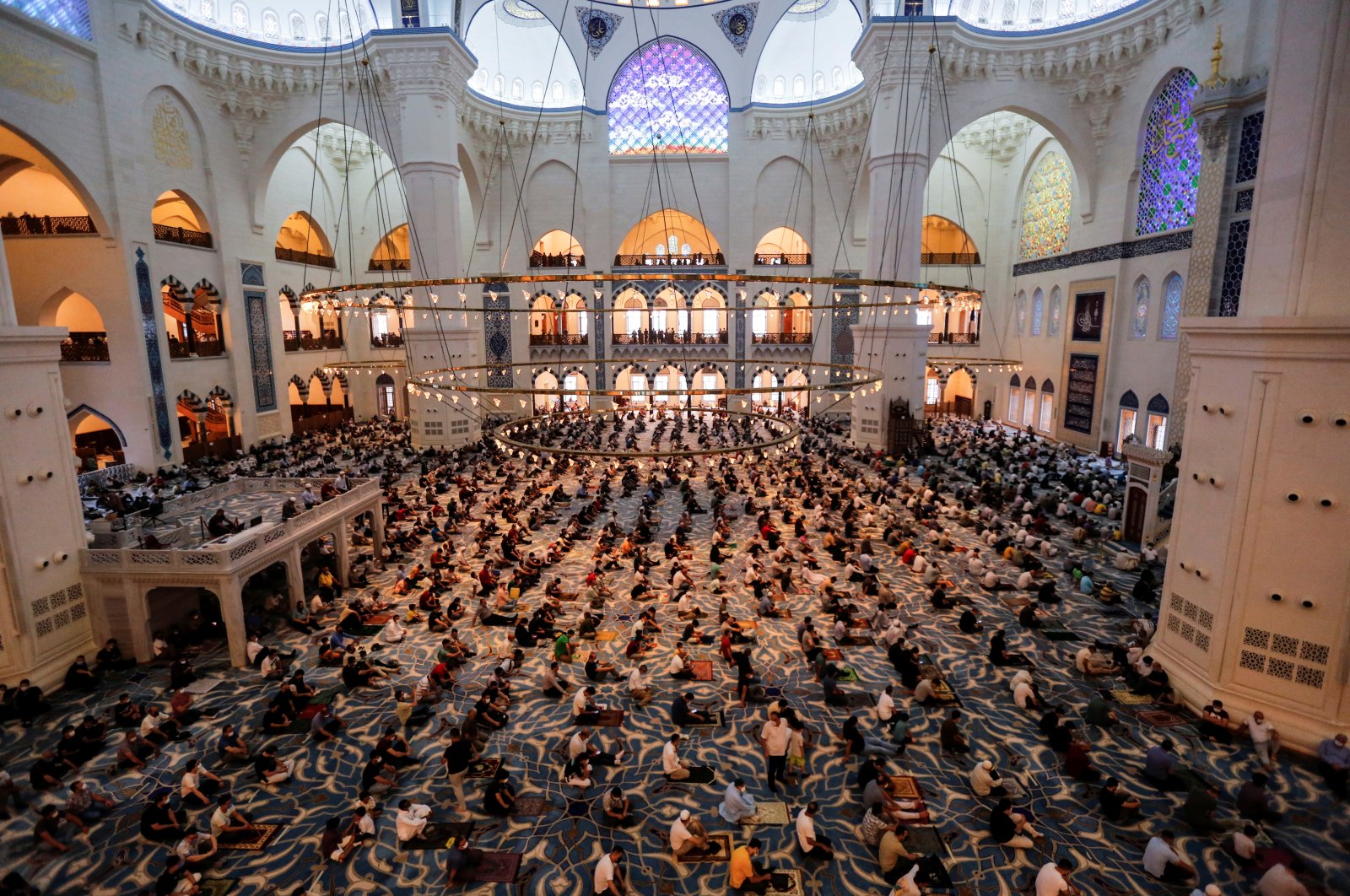 British Prime Minister Boris Johnson on Twitter wished all the Muslims "celebrating here in the UK and across the world, a joyous and blessed Eid al-Adha." Scotland’s First Minister Nicola Sturgeon joined Johnson by "wishing Eid Mubarak to Muslims here and around the world – hope it’s a peaceful and joyous day.”

Kosovo President Vjosa Osmani said she hoped the holiday would bring greater prosperity and health to Kosovo and all Muslims around the world.

Kosovo Prime Minister Albin Kurti said: "The sacrifice that is made for good purpose is loved by God, society loves it too. The sacrifice made in good intent makes our hearts happy. We lose something, but we gain a lot. This is the message of this holiday."

One of the most important festivals in the Islamic calendar, Eid al-Adha, also known as the Feast of Sacrifice, marks the end of the hajj period in which animal sacrifices are made to symbolize Abraham's sacrifice to God. During the bayram, people who can afford to sacrifice an animal are expected to do so and distribute most of the meat to the needy, neighbors and relatives. This year, the holiday comes as many countries battle the delta variant first identified in India, prompting some to impose new restrictions or issue appeals for people to avoid congregating and follow safety protocols.

"I want you to celebrate the Eid holidays in the spirit of tradition and customs, sharing the joy with your loved ones, friends, and neighbors. May the message of Eid al-Adha be an inspiration for strengthening the true values of love, peace, tolerance, and coexistence,” Vucic said.

"I would like to take this opportunity to testify to the determination of the Republic of Serbia to strengthen and develop our state for the benefit of all its citizens with mutual respect and understanding," he added.

"On the day of the great holiday, I would like to say once again that only unity and faith in true values can save us in times full of challenges," said Brnabic. Serbian Foreign Minister Nikola Selakovic, Defense Minister Nebojsa Stefanovic, Justice Minister Maja Popovic, Labor Minister Darija Kisic Tepavcevic as well as head of the Directorate for Cooperation with Religious Communities Vladimir Roganovic also relayed Eid greetings to Muslims.