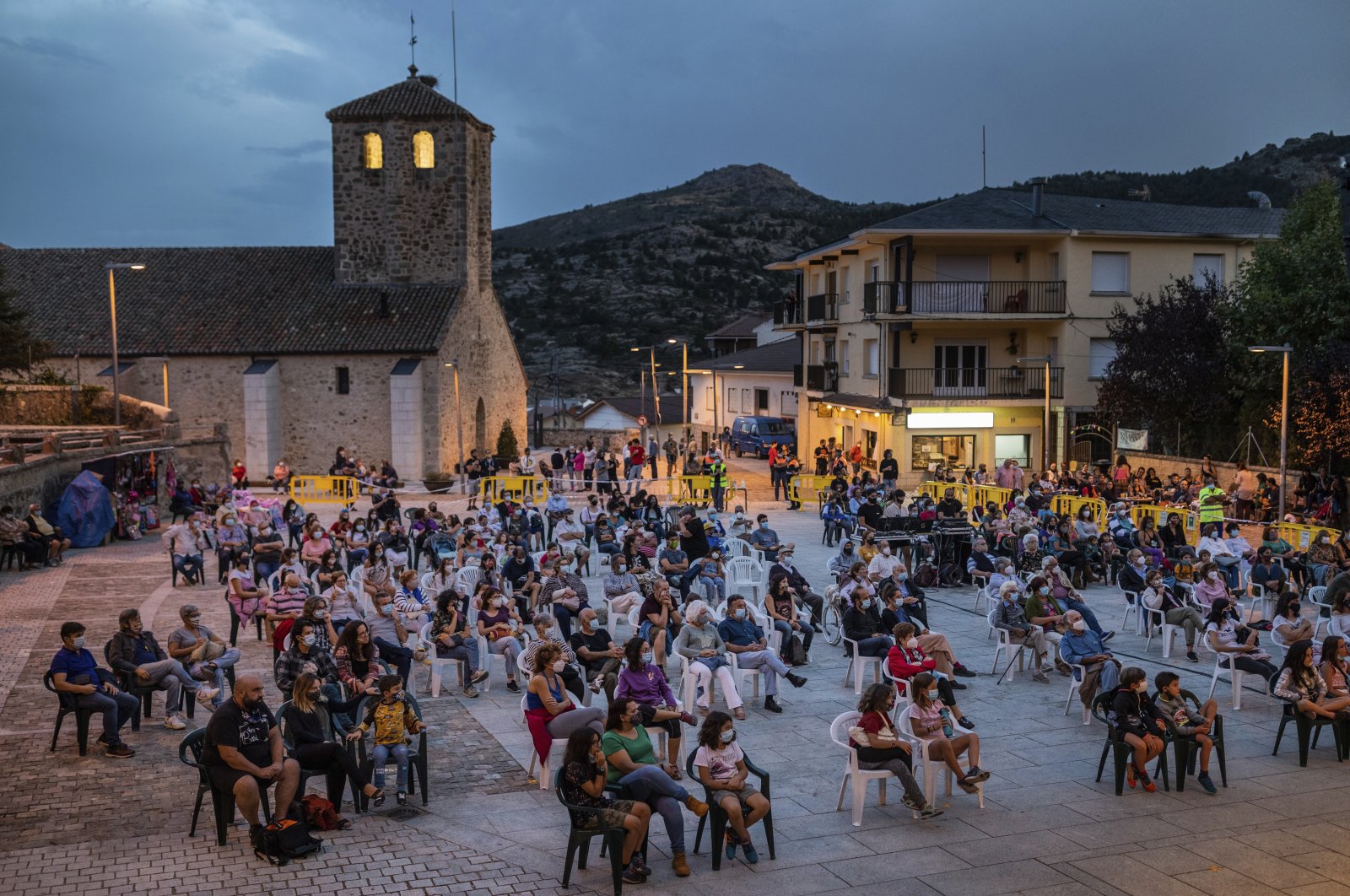 Spectators wearing face masks and keeping social distance to protect against the coronavirus attend an entertainment show in the village of Bustarviejo in the outskirts of Madrid, Spain, Sept. 14, 2020. (AP Photo)
by ASSOCIATED PRESS Sep 16, 2020 12:42 pm
RECOMMENDED

The measures in Madrid, including restrictions on mobility, will most likely affect southern, working-class neighborhoods where virus contagion rates have been steadily soaring since August, deputy regional health chief Antonio Zapatero said at a press briefing.

"Madrid wants to flatten the curve before the arrival of autumn and the complications that cold weather could bring,” Zapatero said, adding that the "drastic measures” to be taken would be decided by the weekend.

Zapatero also said that people have relaxed protection measures by holding large gatherings, often forgetting about social distancing or masks. He announced that police will monitor compliance of mandatory self-isolation. At least 90 people have been found to be skipping quarantines after testing positive for the new virus, the regional government said.

Madrid and its surrounding region of 6.6 million residents have accounted for nearly one-third of the country’s new daily infections, which seem to have stabilized at an average of 8,200 per day for the past week.

With a coronavirus caseload above 600,000 and more than 30,000 confirmed deaths for the new virus, Spain has been the hardest hit European country in what some experts are describing as the second wave of the pandemic.

The country flattened the curve of the contagion earlier this year with a three-month lockdown, one of the strictest in the world. However, since it reactivated in mid-June, outbreaks have spread throughout the country.

Authorities say they are now doing more tests and that more than half of the newly infected show no symptoms, but health centers are starting to struggle to cope with the number of virus tests required and responding to patients. In hospitals, 8.5% of the country's beds are now treating COVID-19 patients, but in Madrid, at least one-fifth of hospital capacity is devoted to coronavirus-related complications.