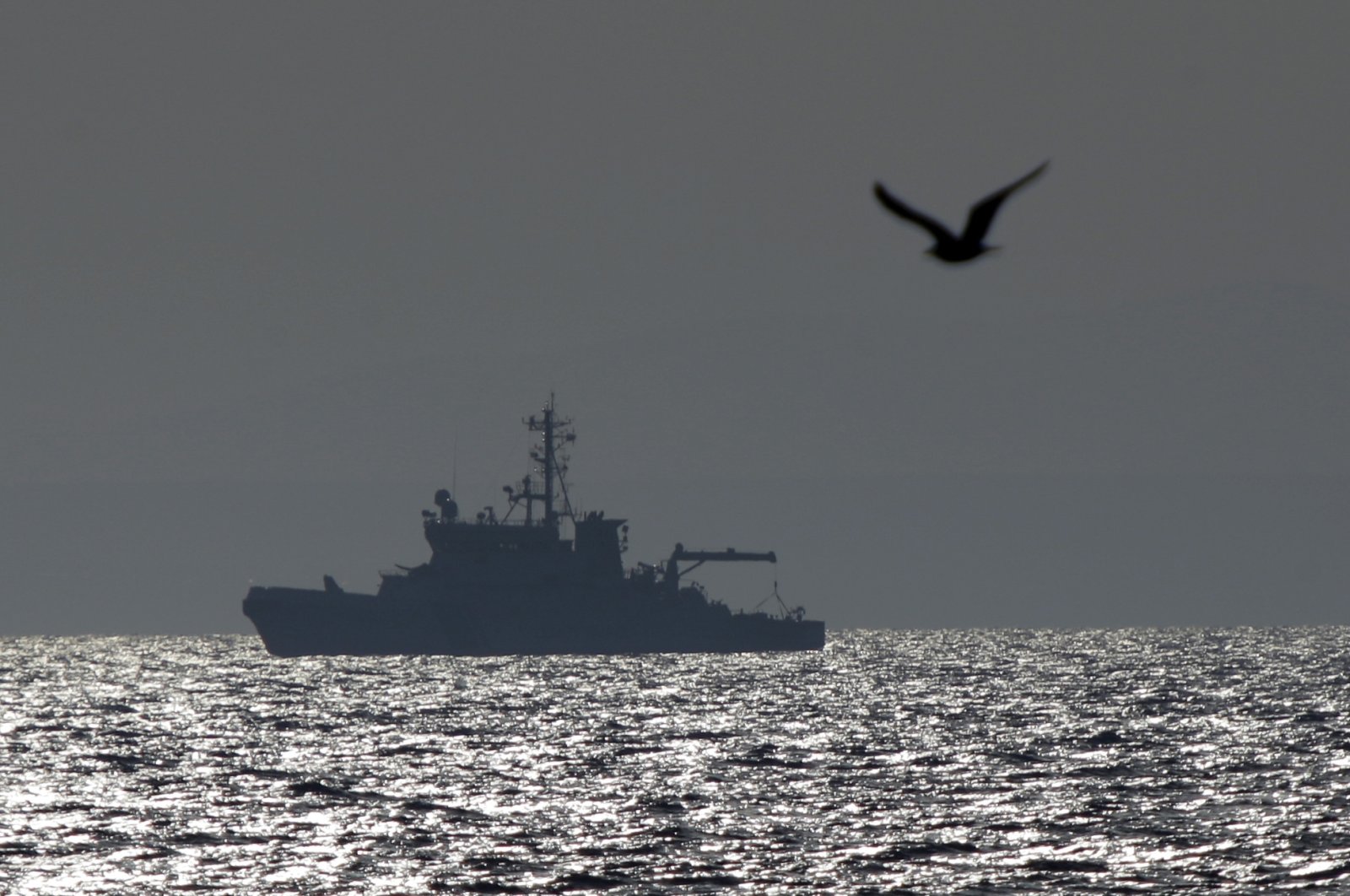 EU Frontex vessel Merikarhu patrols the Aegean Sea, between the eastern Greek Island of Agathonisi and the nearby Turkish shores, Feb. 29, 2016. (AP File Photo)
by DAILY SABAH Jun 08, 2021 11:50 am
RECOMMENDED

The European Union’s border and coast guard agency, Frontex, which is being asked to play a greater role in the deportation of migrants, is falling short in fulfilling the duties it was ordered to carry out five years ago, the European Court of Auditors warned Monday.

The 27-nation bloc began bolstering Frontex and desperately testing new migration policies after well over 1 million migrants entered Europe in 2015, overwhelming reception centers and sparking a major political crisis about who should take responsibility for them. That dispute continues today.

Frontex is set to become the biggest and most heavily funded EU agency with some 10,000 officers and an annual budget of around 900 million euros ($1.1 billion). The agency had 45 staff in 2005.

Presenting a report on the agency’s work helping EU countries manage Europe’s external borders, lead auditor Leo Brincat told reporters that “Frontex is presently not discharging their duty effectively, and we found that this is even more worrying at a time when Frontex is being given added responsibility.”

The auditors said Frontex’s support to EU member countries is “not adequate to combat illegal immigration and cross-border crime.”

A year after hundreds of thousands of people fleeing conflict in Syria sought refuge in Europe, EU countries and the European Commission agreed in 2016 on a new mandate to formally establish Frontex as the European Border and Coast Guard Agency.

Its main duties were to manage the unauthorized entry of migrants through the EU’s external borders and to help reduce cross-border crime while respecting fundamental rights and ensuring that people could continue to move freely once inside the Schengen Area, Europe’s ID-check-free zone.

An updated 2019 mandate established the standing corps that is due to grow to 10,000 officers by 2027. Frontex can now deploy border guards to countries outside the EU and, as the focus grows on deportation, help send people refused entry back to countries they left or transited to get to Europe.

Brincat said the auditors found that even before being set these additional tasks “Frontex was biting (off) more than it could chew.”

“They went through too many changes too fast, and now I think they are paying the price for this,” he said. “They have increased their mandate without really analyzing their performance or the impact of their work.”

Brincat also said some EU countries fear that their best border guards and customs officers might be drawn to jobs at Frontex, depleting national reserves and forcing them into costly recruitment drives.

“Member states feel that not only are they not being given sufficient backup by Frontex, but that Frontex is draining their resources,” he said.

Frontex spokesperson Chris Borowski acknowledged that the agency has “undergone a massive transformation that would have challenged any organization, especially in the times of the COVID pandemic.” He said that it remains committed to its mission despite the difficulties.

“Frontex is aware that improvements are needed and has been working hard to make the agency stronger and even more effective. Unfortunately, many of the raised issues are related to external factors outside of the agency’s control,” Borowski said.

He said that putting the auditors’ recommendations into effect “calls for a combined effort of Frontex, the European Commission and national authorities.”

Frontex has been accused of being linked to migrant “pushbacks," or preventing people from entering a country to use their right to apply for asylum. The agency denies any involvement. An inquiry found no evidence that it had, but it did expose the “monitoring and reporting failures” at Frontex.

While the border agency is required to rescue migrants, the Frontex vessels patrolling the area have been known to speed past the overcrowded, inflatable boats, creating dangerous waves to force them to return to Turkish shores.

Pushbacks prevent asylum-seekers from making claims for protected status and if practiced indiscriminately, can constitute a violation of core EU human rights laws and the 1951 Geneva Conventions.