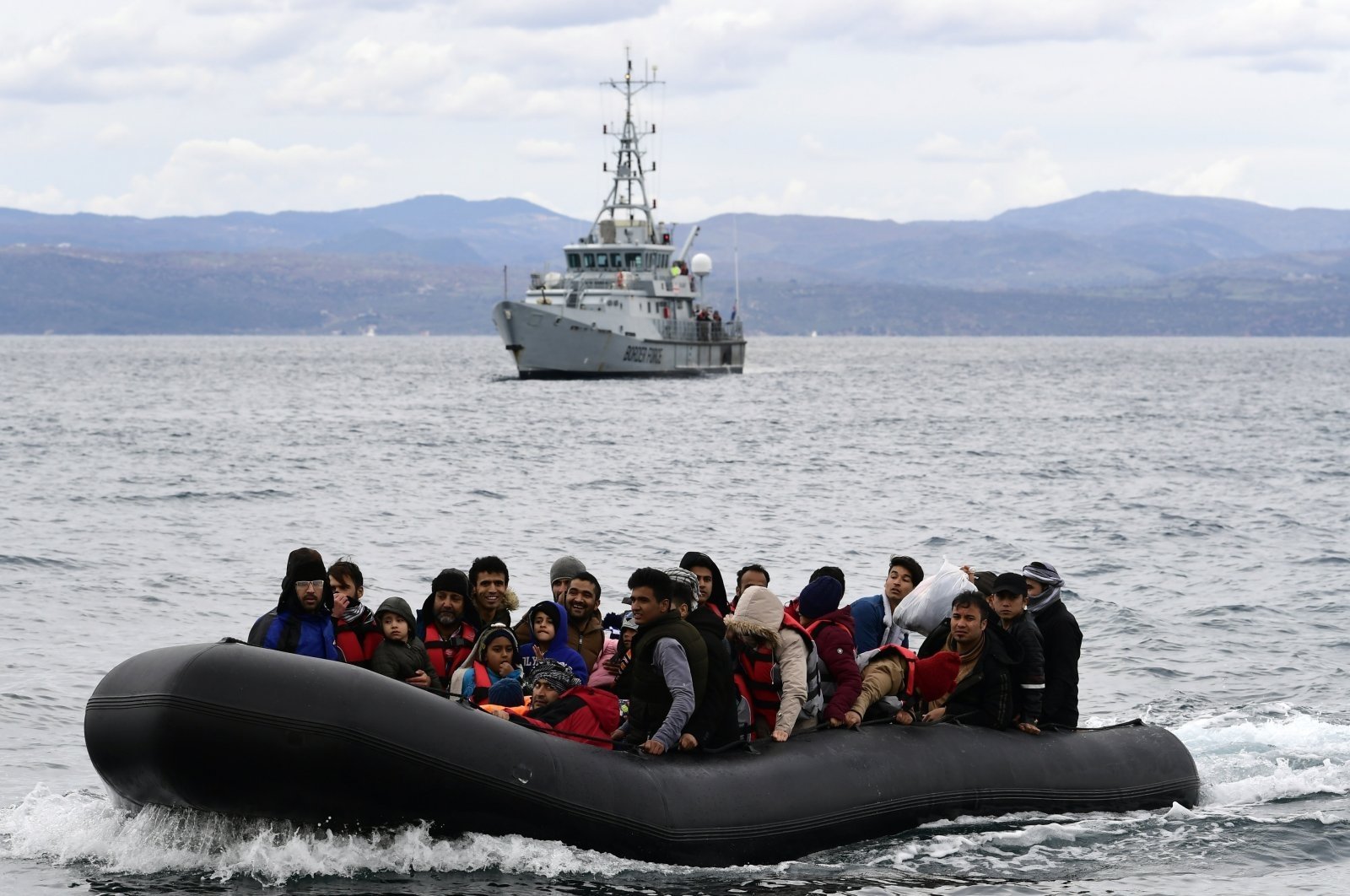 After crossing the Aegean from Turkey, migrants arrive in a dinghy at the village of Skala Sikaminias accompanied by a Frontex vessel, on the Greek island of Lesbos, Feb. 28, 2020. (AP Photo)
by Daily Sabah with AFP Jan 22, 2021 11:04 am
RECOMMENDED

The managing board of the European Border and Coast Guard Agency (Frontex) said Thursday it did not find evidence of rights violations in cases it reviewed where guards were accused of illegal migrant pushbacks from Greece toward Turkish territorial waters in the Aegean sea.

But the body added that its conclusions only applied to some of the disputed incidents, saying it needs additional clarifications to complete the remaining reviews.

Members, including representatives from European Union nations and two from the European Commission, discussed an internal report on allegations that Frontex guards helped force migrants out of EU waters and back to Turkey.

The board said in a statement that "on the basis of the information provided, it could not establish evidence of fundamental rights violations."

But it added that it was "very concerned" that the agency had not provided information on certain incidents in time.

It called on Frontex chief Fabrice Leggeri to "immediately provide the missing information" and to implement various recommended agency improvements.

The meeting came after media and rights organizations had documented multiple cases of Frontex border officers, alongside national counterparts in EU countries, forcing migrants back, particularly along Greece's sea border with Turkey.

It was also reported that the German forces participating in the Frontex mission in the Aegean Sea helped the Greek coast guard push migrants back toward Turkish territorial waters during at least one incident.

The EU's independent corruption watchdog confirmed this month that it was investigating Frontex over the allegations.

Several members of the European Parliament have called for Leggeri's resignation, but Frontex said Wednesday the executive director had no plans to resign.

On Thursday, Leggeri tweeted: "I am pleased that so far the working group did not find evidence of any Frontex involvement in alleged pushbacks."

The EU Commissioner for Home Affairs, Ylva Johansson, for her part, said on Twitter that, "It is in the long-term interests of the agency that the recommendations are met and that the remaining open questions are resolved immediately."

Created in 2004, Frontex has become the first EU agency to build up a standing, uniformed force. It aims to have 10,000 border guards on its payroll by 2027.