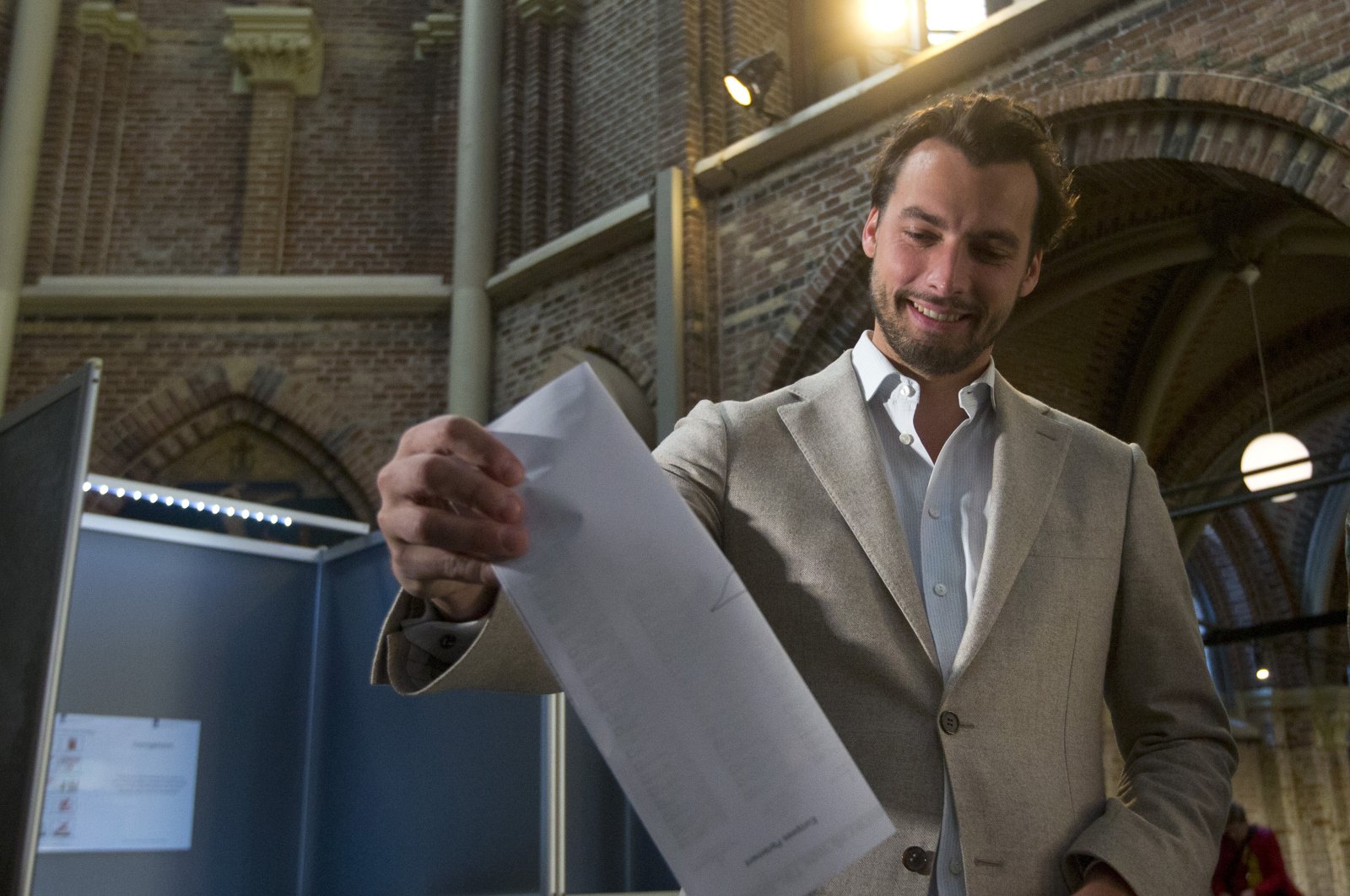 Right-wing Dutch populist Thierry Baudet has resigned as leader of his anti-immigration party after members of the youth wing shared messages praising the Nazis, the party said on Tuesday.

The eurosceptic Forum for Democracy (FvD) rose rapidly since Baudet founded it in 2016, but it is now falling equally rapidly into disarray over the online chat group messages, which also included anti-Semitic and homophobic statements.

"Today Baudet resigned as party chairman," the FvD said in a statement after Baudet announced late on Monday that he was standing down, though he will remain a member of Parliament (MP). Baudet will temporarily be replaced by Vice-Chairman Lennart van der Linden.

In a video message on Monday, Baudet blamed his resignation on a "trial by media," saying the party had moved too quickly to lay blame for the messages.

The messages included a student saying "Jews have international paedophile networks," according to the Amsterdam-based daily Het Parool. The same student also stated that "National Socialism had the best economic formula ever," the paper said.

He also posted a link to a movie, with the text "My honour is loyalty," the slogan of the SS, the organization most responsible for the persecution of Jews under Nazi Germany.

Another FvD youth member played SS songs on his mobile phone during a summer camp in 2019, Het Parool said.

The same member, during a trip through Germany, texted he "had the honour to see this classic masterpiece in real life" after viewing the 1942 anti-Semitic hate book "Der Untermensch" ("The Sub-Human") in a museum. Another youth member posted a homophobic joke.

When concerns were raised, however, youth wing leaders tackled the whistleblowers instead of the culprits, throwing out at least five members, Het Parool said.

Baudet has always been seen as the party's figurehead, similar to the role played by his rival anti-Islam MP Geert Wilders in the far-right Freedom Party. Baudet's FvD won two seats in parliament in 2017 and its support surged in Senate and European Union elections in 2019.

His fondness for climate change denial and anti-immigration rhetoric, however, has earned him comparisons in Dutch media with U.S. President Donald Trump.