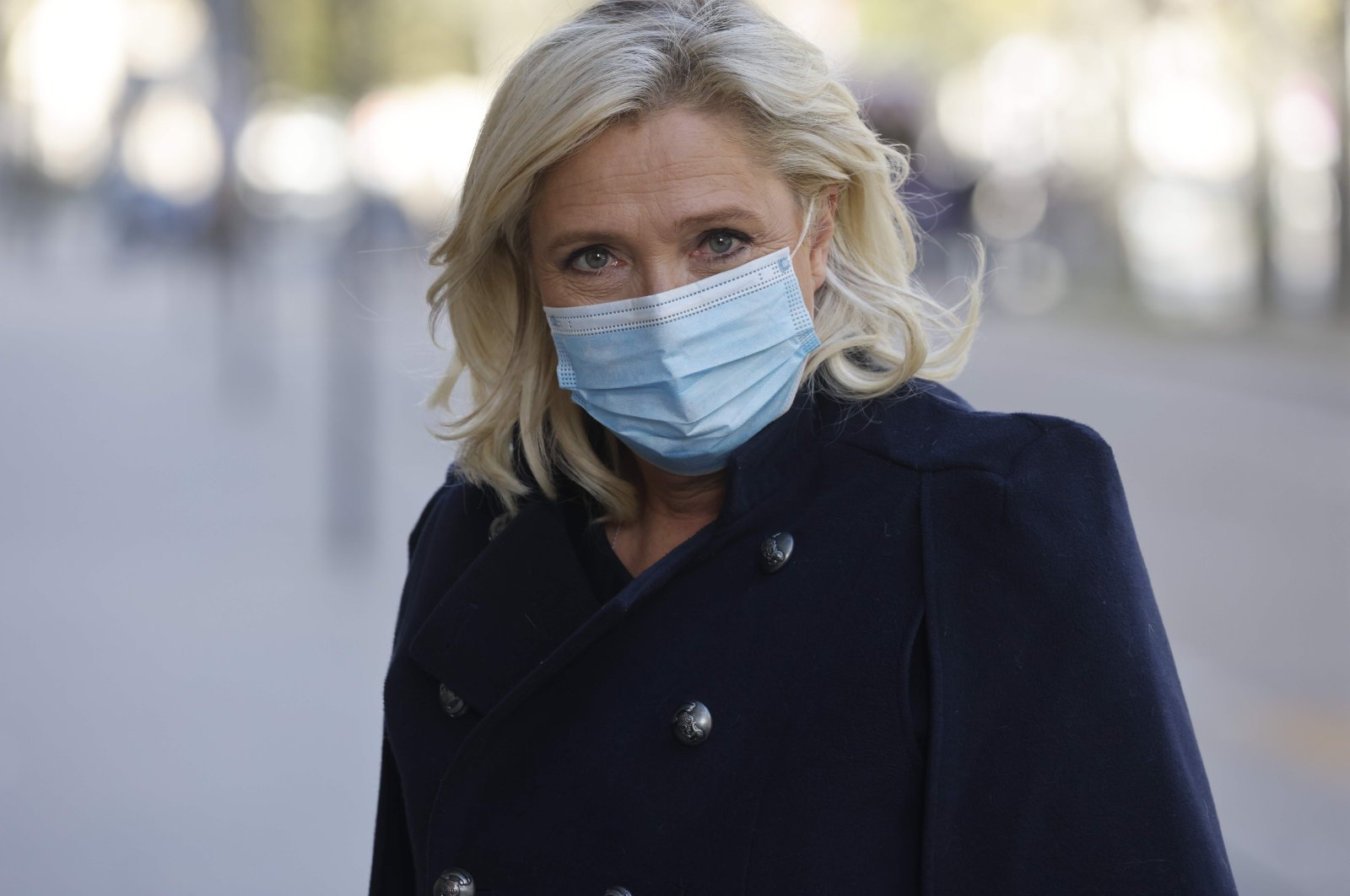 The head of France’s far-right National Front (FN) party called Sunday for a nationwide ban on the wearing of Muslim headscarves in public spaces.

Marine Le Pen made the comments while answering reporters’ questions on the “Grand Jury” TV program.

Le Pen underlined that there has been a rapid increase in the number of women wearing headscarves in France since 1989, adding the veil has accompanied the rise of Islam as a religion in the country.

She claimed that a “war” is being waged against the country and that they should respond.

"We declare this war against not a state" she added, saying the war was against Islam as "an ideology."

Arguing that such ideology should be seen as the enemy of France, Le Pen called for the prohibition of organizations supporting it, the closure of mosques and the deportation of foreigners.

On France’s recalling its ambassador in Ankara following remarks by President Recep Tayyip Erdoğan about his French counterpart, she said it was an important but not strong reaction.

On Saturday, Erdoğan responded to French President Emmanuel Macron’s remarks in which the latter had accused Muslims of "separatism" and described Islam as "a religion in crisis all over the world."

The Turkish president said: “What is Macron’s problem with Islam? What is his problem with Muslims? He needs a mental health check. What else can we say to a president who does not understand freedom of belief and behaves in this way to millions of people living in his country who are members of a different faith?”

Anti-Muslim sentiments have been one of the main agendas of the Muslim communities living in the Western world in recent years, caused by the growing number of anti-Muslim attacks. One of the main reasons behind the culmination of these anti-Muslim attacks is the discriminatory rhetoric of politicians and media targeting Muslims, even to the point that such remarks have become a "new normal" and threaten not only Muslims but all European societies, by leading to the collapse of values and principles that Europe embraced before. Far-right populist politicians and political movements have both fueled and exploited this wave of anti-Muslim sentiment.