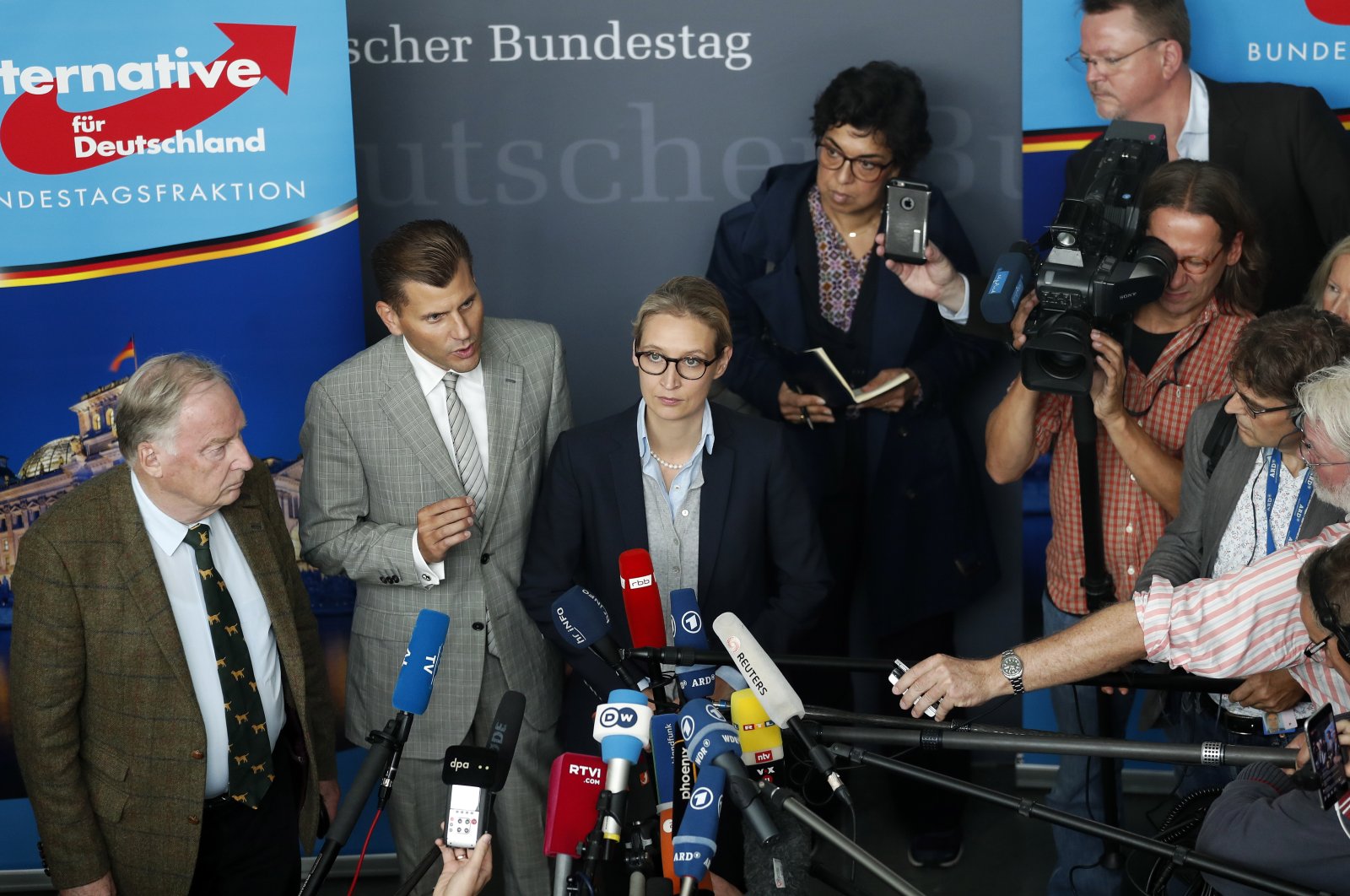 A spokesman for the far-right Alternative for Germany (AfD) party's legislative group is out of a job, the party said Sunday, amid media reports that the spokesman had routinely expressed a fondness for terms linked to Germany's Nazi past.

AfD official Tino Chrupalla gave no reason for the dismissal of Christian Lueth during the Sunday announcement. The decision was announced internally on Saturday by the legislative group's leaders, Alexander Gauland and Alice Weidel.

German publication Zeit Online reported that Lueth, who has been a party spokesman for years, routinely refers to himself as a "fascist" and often refers to his "Aryan" background.

He was also said to frequently mention his grandfather, Wolfgang Lueth, who was in the German Navy during World War II, commanding both a corvette and a submarine.

The AfD began as an anti-euro party, but soon moved further to the right and becoming more of an anti-immigrant party. Party officials have grown worried that the move has made it welcoming to neo-Nazis, an image it is trying to distance itself from.