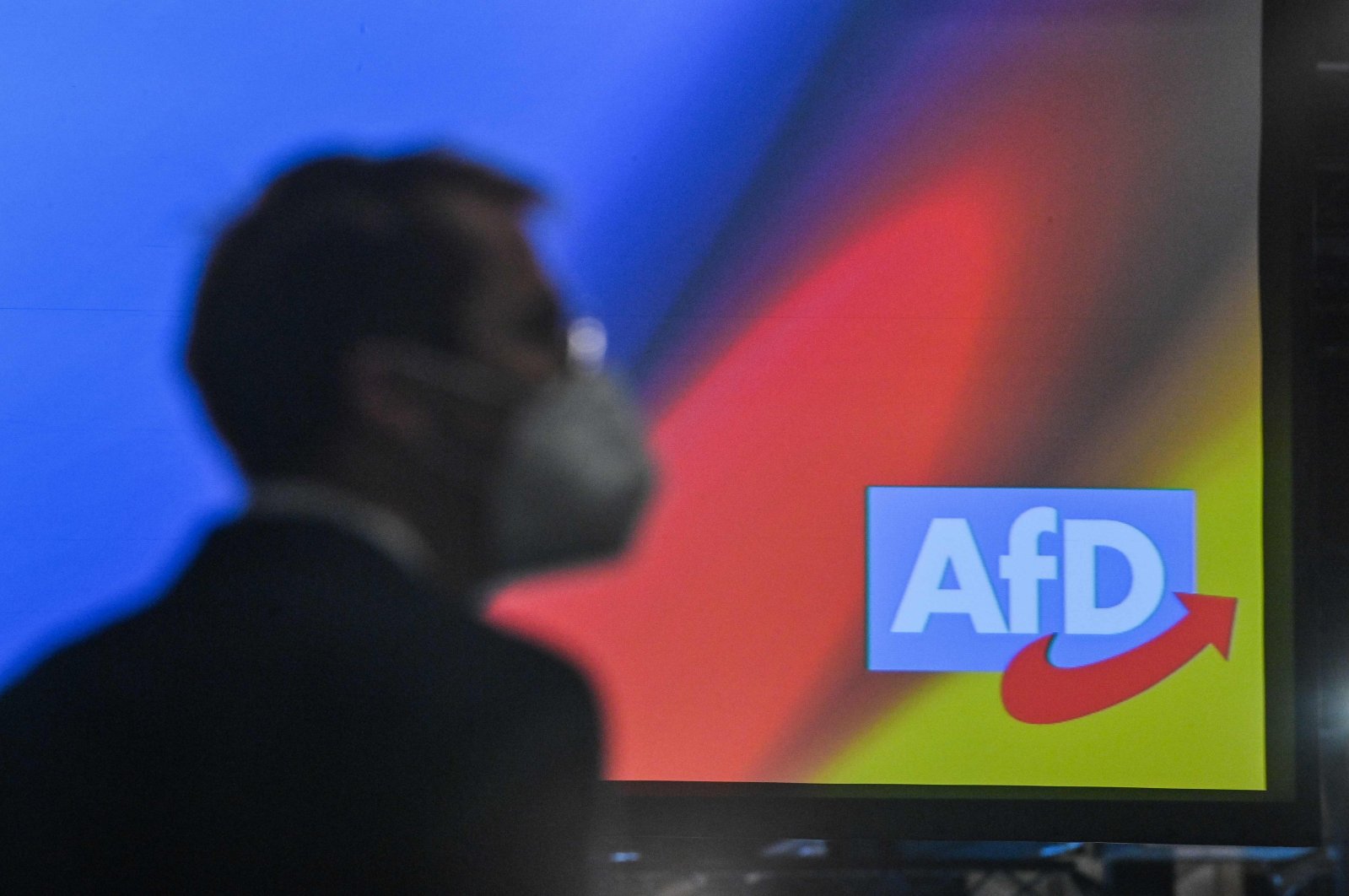 Around 600 delegates from far-right Alternative for Germany (AfD) party gathered Saturday for a congress that the authorities have warned could become a coronavirus hot spot, as the party increasingly aligns itself with militants protesting anti-COVID restrictions.

"Lives have been broken, there's a wave of bankruptcies ... lots of people have lost their jobs," he told the congress being held in a vast hall in a former nuclear plant in the western city of Kalkar.

To win approval for the huge gathering at a time when Germans are asked to limit their contacts to just two households at a time, the AfD had to sign up to stringent rules including compulsory mask wearing and social distancing.

Outside the venue – now a hotel and leisure complex – about 500 people demonstrated against the staging of the conference following a call by the "Stand up to Racism" coalition.

Kalkar's mayor Britta Schulz had said it was "irresponsible" to hold such a big event and warned it could "become a (virus) hot spot" but acknowledged that the gathering could not be banned.

In contrast, Merkel's Christian Democratic Union has twice postponed its congress to elect a new leader because of the risks of coronavirus contagion.

Shrugging off possible risks, the AfD's health policy spokesman Detlev Spangenberg claimed: "The coronavirus is comparable to the influenza in terms of the course taken by the illness as well as in terms of its lethality. So the serious measures (taken to fight it) are not proportionate."

Germany has recorded more than one million coronavirus infections and close to 16,000 people have died, according to official data.

The AfD has been the focus of repeated controversies since it began life as a eurosceptic outfit seven years ago.

In 2015, as public opinion soured against Merkel's decision to keep Germany's borders open to hundreds of thousands of people fleeing war in Iraq and Syria, the AfD morphed into an anti-immigration party.

It was rewarded for its Islamophobic positioning at elections in 2017 when voters sent it into the Bundestag for the first time to become the biggest opposition group in parliament.

A year ahead of national elections, the party is once again positioning itself at the side of militants railing against the government – this time over curbs imposed to battle the COVID-19 pandemic.

During the latest round of protests in Berlin, when violence reached a level that the capital's police chief said had been unseen in decades, an AfD politician was charged for using a forged medical certificate to claim he could not wear the required nose and mouth covering.

In a separate incident recently, Gauland was forced to apologize after two AfD lawmakers invited to parliament two far-right YouTubers who went on to harass politicians in the building.

Nevertheless, the AfD's ratings have held at around 10 percent, compared to highs of 15%-16% at the height of the migrant crisis.

Toxic infighting between ultra-conservatives and others in the party has weakened the AfD.

Some voters are also turned off by association with neo-Nazi skinheads, as the AfD's most radical faction "Fluegel" is now the object of official surveillance by Germany's intelligence agency.

Instead, approval ratings for Merkel – who is due to retire from politics next year – have soared to new heights, as the vast majority of the population voiced satisfaction at her handling of the pandemic.