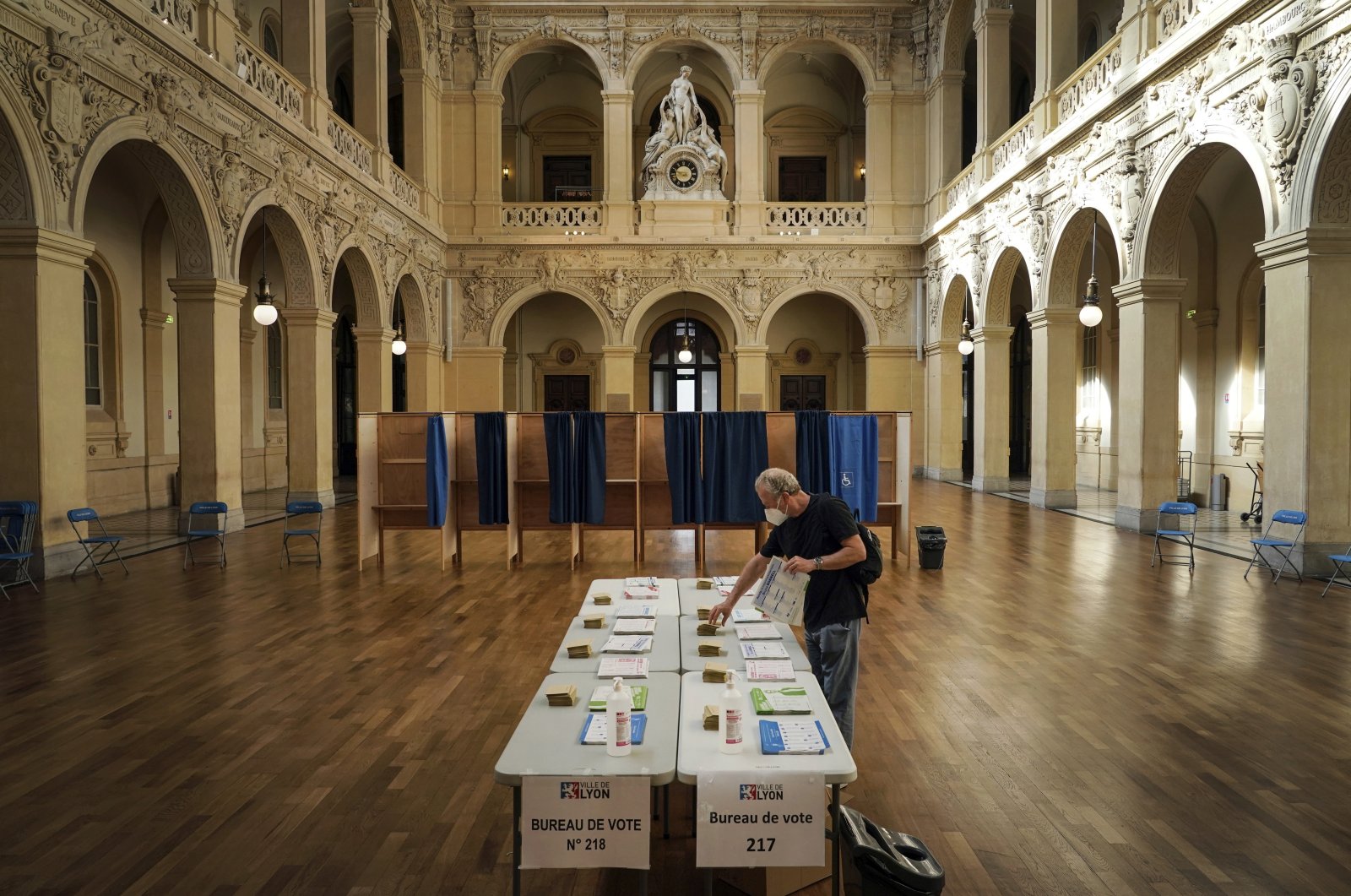 As France heads to the polls for the first round of regional elections Sunday, Marine Le Pen's far-right party eyes gains and hopes to step further into the political mainstream.

The election will see new assemblies elected for mainland France's 13 regions and 96 departments, with Le Pen's National Rally (RN) tipped to win at least one region for the first time in what would be a major coup.

Le Pen is not standing as a candidate, but she has been campaigning hard ahead of presidential elections next year that surveys show could end up being a close race between her and centrist President Emmanuel Macron.

"What would be great for her (Le Pen), and would spark some momentum in the pre-presidential campaign, would be if the National Rally won a region," Stephane Zumsteeg from the Ipsos polling firm told Agence France-Presse (AFP).

Though far-right politicians preside over a handful of towns, running a region with a budget of billions of euros and power over schools, transport and economic development would lend it the sort of legitimacy that Le Pen craves, analysts say.

The one most likely to tip is the southeastern Provence-Alpes-Cote d'Azur – home to Marseille, Saint-Tropez and Cannes – where the RN is fronted by Thierry Mariani, a former minister who defected from the center-right Republicans party.

The election will be held over two consecutive Sundays, with a second run-off vote on June 27 necessary unless parties win more than 50% in the first round.

Analysts say that results in many regions will be driven by local dynamics and a high abstention rate, limiting how much they should be seen as indicators for the larger political picture in France.

But the outcome will inevitably shape the narrative in the coming weeks, particularly with regard to the strength and electability of Le Pen, as well as the state of Macron's enfeebled party, the Republic on the Move (LREM).

"These elections are never good for the party in power. You always get it in the neck," a minister told AFP last month.

Predictions are difficult because of the two-stage electoral system and the impact of tactical voting, which usually sees mainstream parties gang up to keep the far-right out of power.

A survey by the Ipsos and Sopra Steria groups last week showed RN candidates leading in six of the 13 mainland regions in the first round, meaning results on Sunday night might suggest sweeping dominance for the party.

But because of anti-RN tactical voting, they could end up losing all of the run-off votes – as they did at the time of the last elections in 2015.

A possible record abstention rate of up to 60% is also seen as a major factor.

Commenting on the expectation that most French people will stay away from polling booths, Le Monde newspaper called it "a sign of a sick democracy" on Sunday.

"The more abstention goes up, in terms of the number of votes cast, the extreme ends of the political spectrum are the winners," Pierre Lefebure, a political scientist at the Sorbonne University in Paris.

Antoine Bristielle, a public opinion expert at the left-leaning Jean-Jaures Foundation, believes the vote will likely serve as another step in the normalization of the once-fringe far right.

"You can see that it's not so much that the ideas of the National Rally are more popular or are more accepted by French society," he told AFP. "It's that the party no longer scares people enough to spark a wave of opposition."

Voters have largely shrugged off a series of scandals that have enveloped at least half a dozen RN candidates over their past racist or anti-Semitic comments, or criminal records.

The vote is also seen as critical for center-right presidential hopefuls Xavier Bertrand, head of the Upper France region, and Valerie Pecresse, who runs the Paris area, who are both running for reelection.

The election could also result in gains for the green EELV party, which performed strongly in local elections last year.