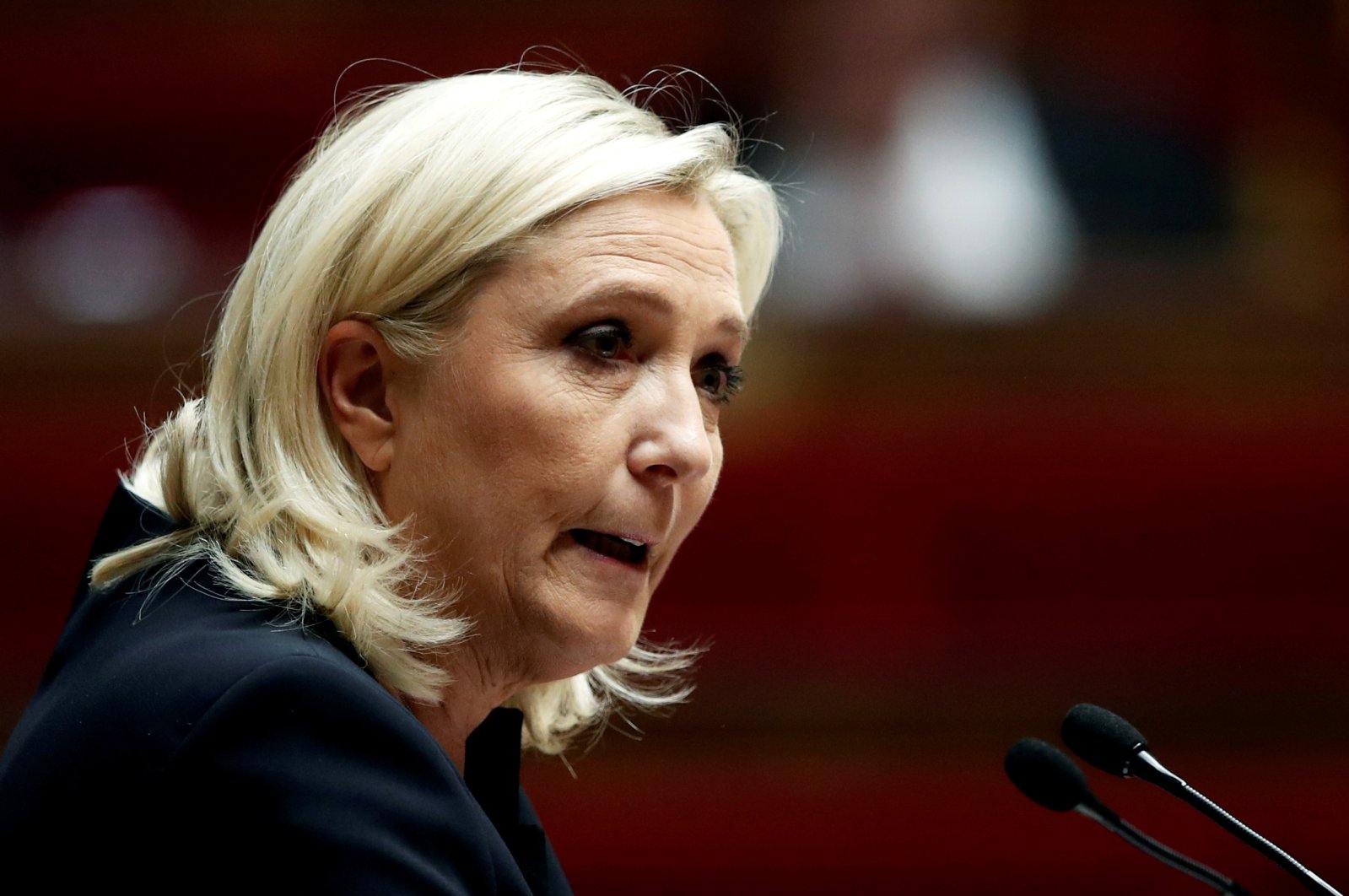 Marine Le Pen, a member of parliament and leader of the French far-right National Rally (Rassemblement National) party, delivers a speech during a debate on immigration at the National Assembly, Paris, France, October 7, 2019. (REUTERS Photo)
by Anadolu Agency Apr 09, 2021 10:29 pm

Far-right French political leader Marine Le Pen confirmed Friday that she will run for the country's presidency next year.

Le Pen, leader of the National Rally, told a press conference she would run for a third time, buoyed by encouraging poll results.

"This is the first time that I have been given a plausible victory in the polls," she said.

This year, election polls have given her good odds in a tough fight against President Emmanuel Macron, some even showing support of 48%.

In light of the polls, she said, "I drew the conclusion that beyond a debate that had been missed, after a very good campaign, the French understood that the substance was essential and that the candidate was solid."

Le Pen has drawn fire for controversial statements seen as hate speech by many, including an anti-Muslim, anti-immigrant stand.

In January, her Islamophobic party proposed a controversial ban on headscarves in public spaces as well as deporting so-called "radical" foreign nationals from French territory, among other draconian measures.