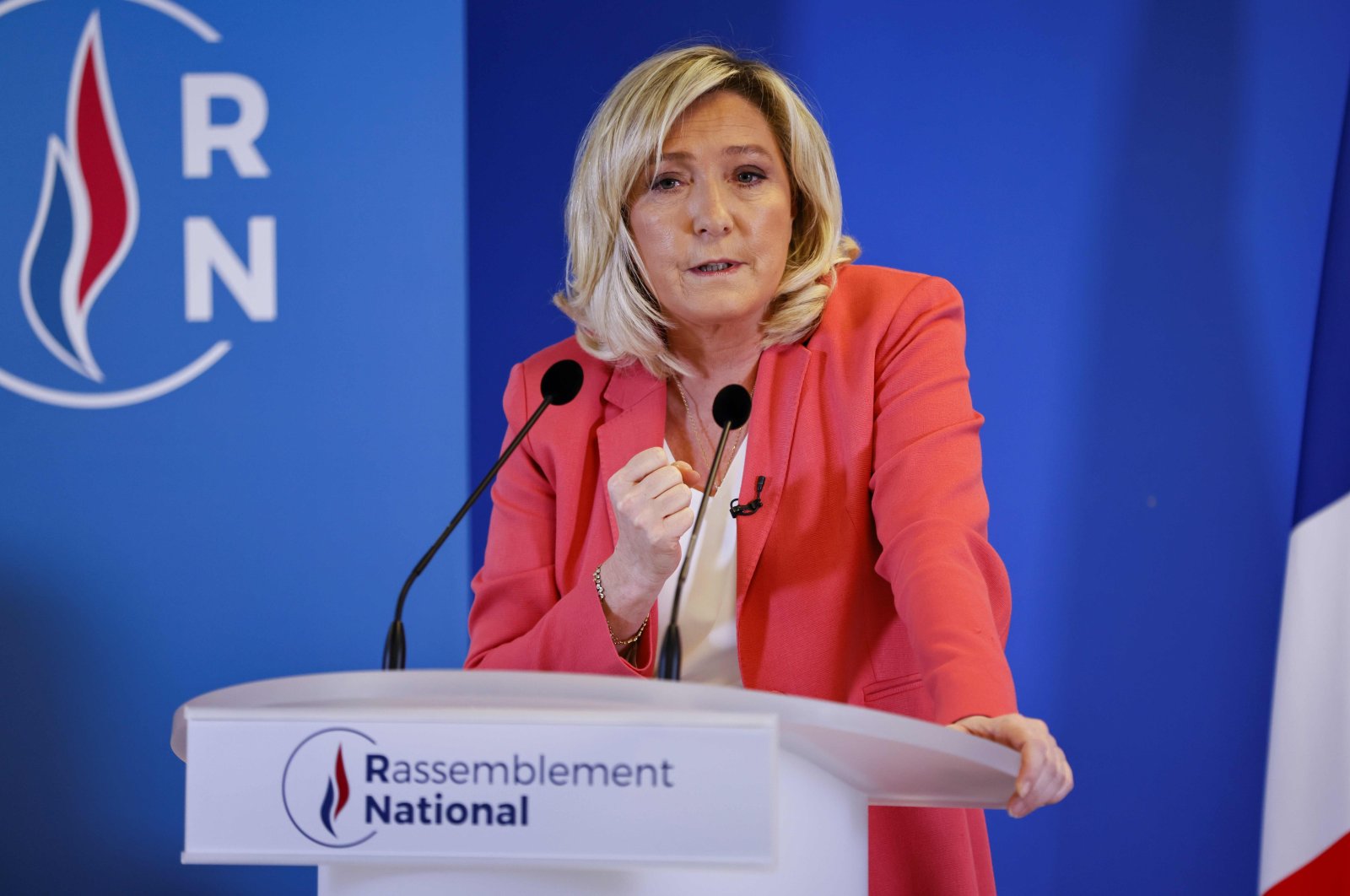 'Islamophobia's surge in Europe linked to rise of nationalism'

French far-right leader Marine Le Pen Friday proposed a ban on Muslim headscarves in all public places, in a bid to build on a record recent poll that put her almost neck-and-neck with President Emmanuel Macron.

The hijab policy, which would be contested in court and would almost certainly be ruled unconstitutional, saw the 53-year-old return to a familiar campaign theme 15 months from the country's 2022 presidential election. This is not the first time that Marine Le Pen has lobbied to ban the headscarf.

"I consider that the headscarf is an Islamist item of clothing," Le Pen told reporters at a press conference where she proposed a new law to ban "Islamist ideologies" which she called "totalitarian and murderous."

Since taking over from her father, Le Pen has run twice for the French presidency, losing badly in 2017 to political newcomer Macron in a defeat that she took months to recover from.

But recent polling shows her closer than ever to her ultimate prize and has led to a rash of new speculation about whether the anti-EU, anti-immigration populist could finally enter the Elysée Palace.

Despite recent setbacks for fellow ideologues such as Donald Trump and Matteo Salvini in Italy, a survey reported earlier this week showed her within striking distance of Macron.

The poll conducted online by Harris Interactive suggested that if a final-round presidential runoff were held today Le Pen would garner 48% while Macron would be reelected with 52%, Le Parisien newspaper reported.

The margin, the narrowest ever recorded, set off alarm bells in the French political mainstream as the dual health and economic crises caused by the coronavirus pandemic sweep across the country.

"It's the highest she has ever been at," said Jean-Yves Camus, a French political scientist specialized in the far-right, while adding that it was "too early to take the polls at face value".

He said Le Pen was benefiting from frustration and anger over the pandemic, with France on the verge of a third lockdown, but also the beheading of a French school teacher by Abdullakh Anzorov, an 18-year-old of Chechen origin, for showing controversial cartoons of Prophet Muhammad to his students during one of his classes on freedom of expression last October. Islamophobic attacks in France rose by over 50% in 2020.

"It had a major impact on public opinion," the expert from the Jean-Jaures Foundation told AFP. "And in this area, Marine Le Pen has an advantage: her party is well known for its position denouncing Islamism."

The beheading of Samuel Paty in a town northwest of Paris rekindled bitter arguments in France about immigration, while causing a major international crisis for Macron.

Macron came out strongly in support of the "right to free speech" – saying "we will not stop drawing cartoons" – while French media and even city authorities defiantly republished the caricatures, which are offensive to many Muslims.

The French leader was denounced as Islamophobic by detractors abroad, particularly Turkish President Recep Tayyip Erdoğan, and anti-France protests took place in many Muslim-majority countries from Bangladesh to Lebanon.

'Islamophobia's surge in Europe linked to rise of nationalism'