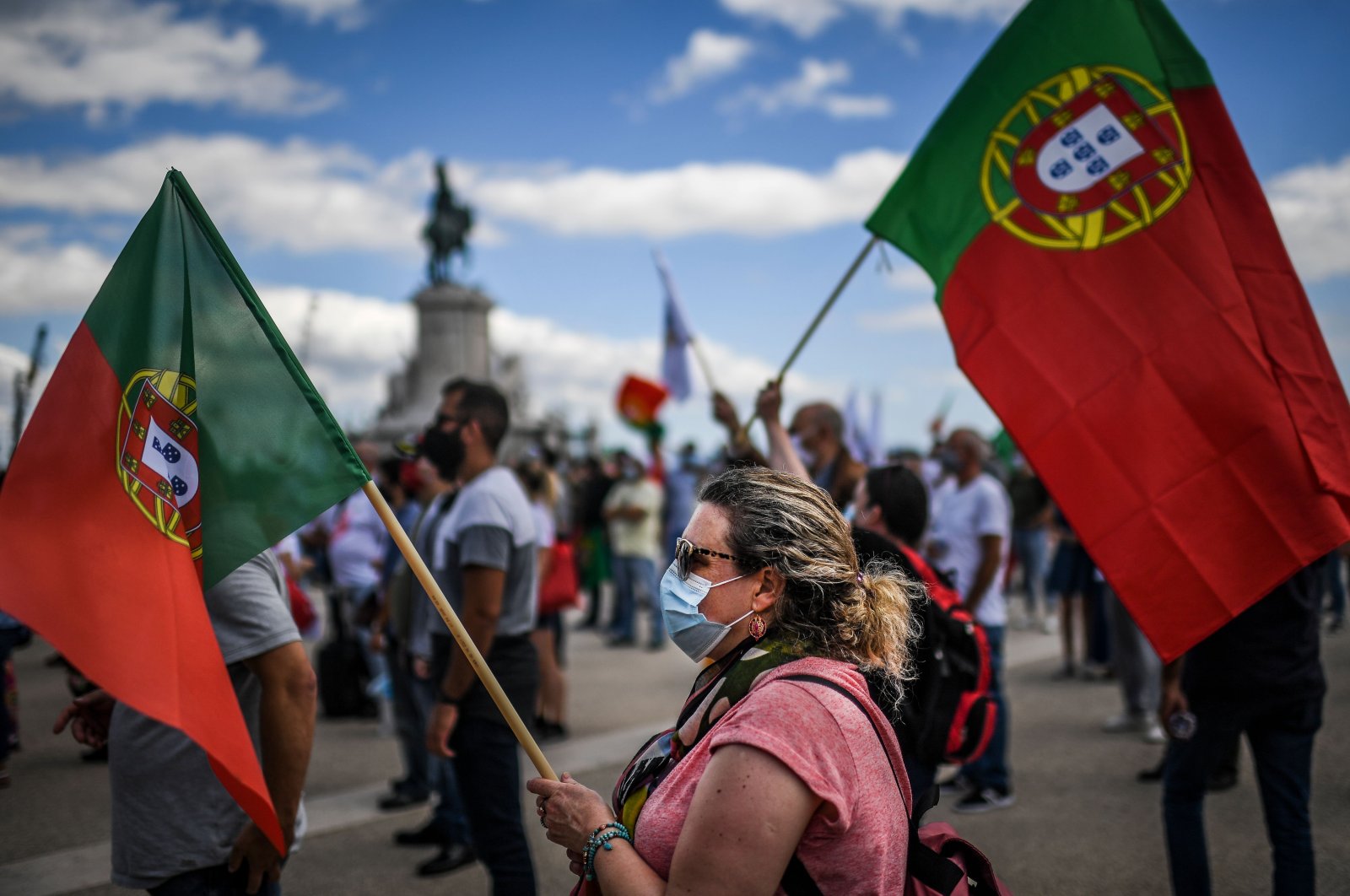 A protester wearing a face mask and a Portuguese flag takes part in a demonstration organised by the Portuguese far-right party Chega in Lisbon on June 27, 2020. (AFP Photo)
by Reuters Jun 27, 2020 8:27 pm
RECOMMENDED

Hundreds of protesters marched through one of Lisbon's main avenues on Saturday shouting "Portugal is not racist," in a demonstration organized by the leader of a far-right party known for his derogatory remarks against ethnic minorities.

Dozens of police officers were on standby as protesters wearing face masks marched and waved Portuguese flags in the demonstration organized by the leader of the Chega (Enough) party Andre Ventura, a former soccer commentator. There were no immediate reports of violence or arrests.

In October, Ventura won the far right's first seat in parliament since Portugal's dictatorship ended in 1974.

"Today will be historic because the right has decided to go out on the streets for the first time in 40 years," Ventura, who has been involved in several controversies since the election, told a crowd of supporters.

In January, Ventura called for a black MP with dual Portuguese-Guinean citizenship to be "returned to her own country" after she proposed that items in Portuguese museums be sent back to their countries of origin.

A month later, Ventura questioned if Porto striker Moussa Marega, who quit a soccer match in protest after being subjected to monkey chants and other insults, was a victim of racism.

Saturday's protests took place at a time when Portuguese authorities are worried about a wave of new coronavirus cases across Lisbon's suburbs and have been forced to reintroduce certain lockdown measures.

"We are outdoors, we know the virus dies under a certain temperature, we are social distancing, we have masks and I believe we are complying with all rules," said Chega supporter Joao Rodrigues.

The march came around three weeks after thousands gathered in Lisbon and other Portuguese cities in protest against racism and alleged police brutality.