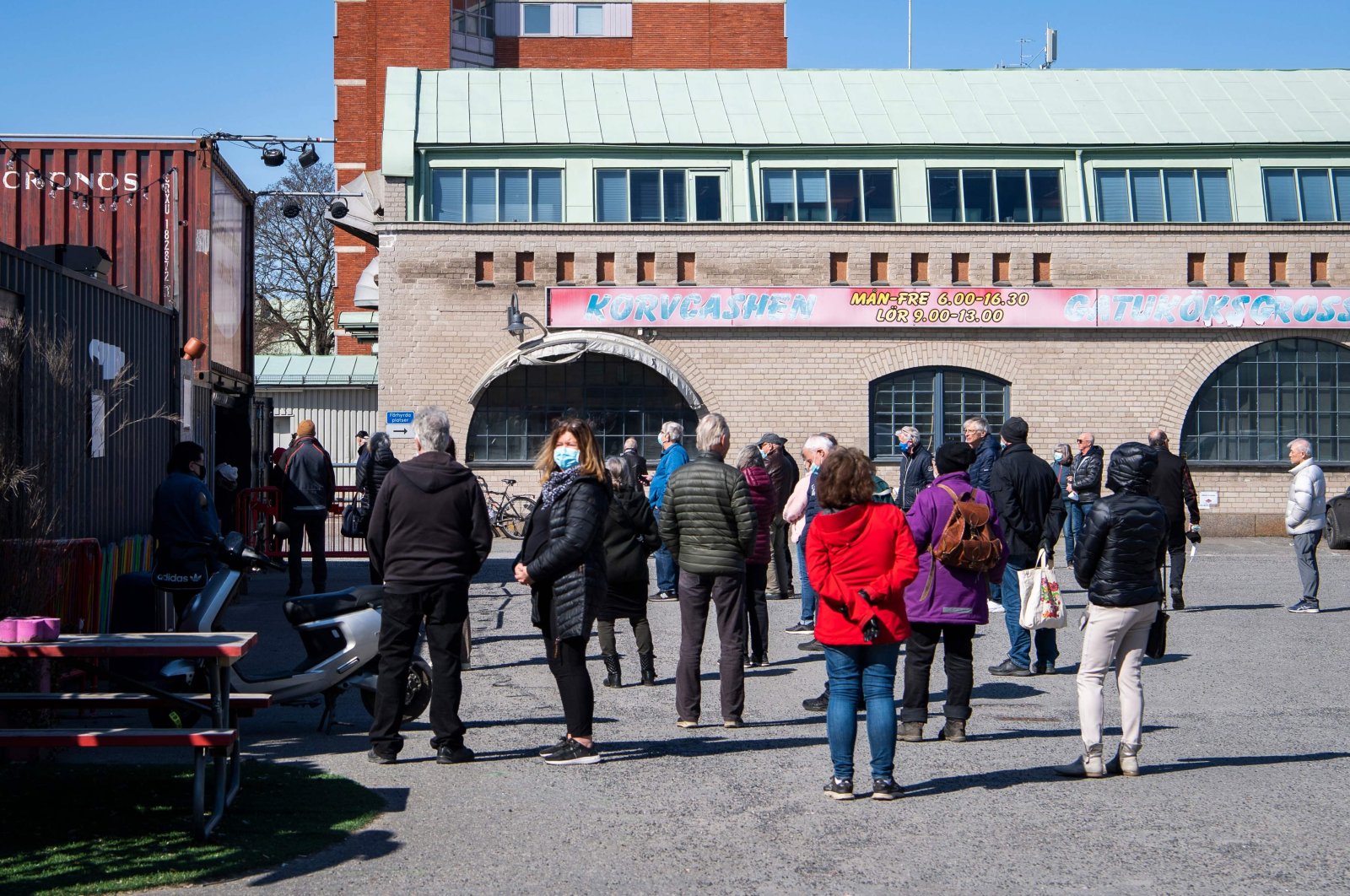 People wait in line to get their vaccines against Covid-19 outside a nightclub turned mass vaccination center in Stockholm, Sweden, on April 16, 2021, amid the COVID-19 pandemic. (AFP)
by Anadolu Agency Apr 19, 2021 10:54 pm

Femicide is on the rise in Sweden as at least five women were killed by men over the past few weeks, the country's prime minister said on social media on Monday.

"The men who expose women to these heinous crimes should be punished, but men's violence against women should not be reduced to individual cases. It is a societal problem that must be fought with the collective power of society as a whole," Stefan Lofven said on Facebook.

In 2020, nearly 9,000 women filed reports of violence by men with whom they had a close relationship, said Lofven.

In a powerful post, he underlined that for men's violence against women to end, it is men who must change.

"Especially we, men, have to mark and say no. We need to talk to men about what true masculinity is, that it is not beating or harassing. Never accept that someone uses violence or threats of violence to gain power over their loved ones. Never look away. Never apologize. Sound the alarm," he added.

Lofven added that the government will do everything it can to stop violence against women.

Annie Loof, the leader of the Center Party, also took to Facebook to condemn violence against women.

"Where is the roar from society? From my political colleagues? Where are the commissions, the tough ones? The common signal? I am ready to sit down at the party leadership level to take action against men's violence against women at any time," she added.