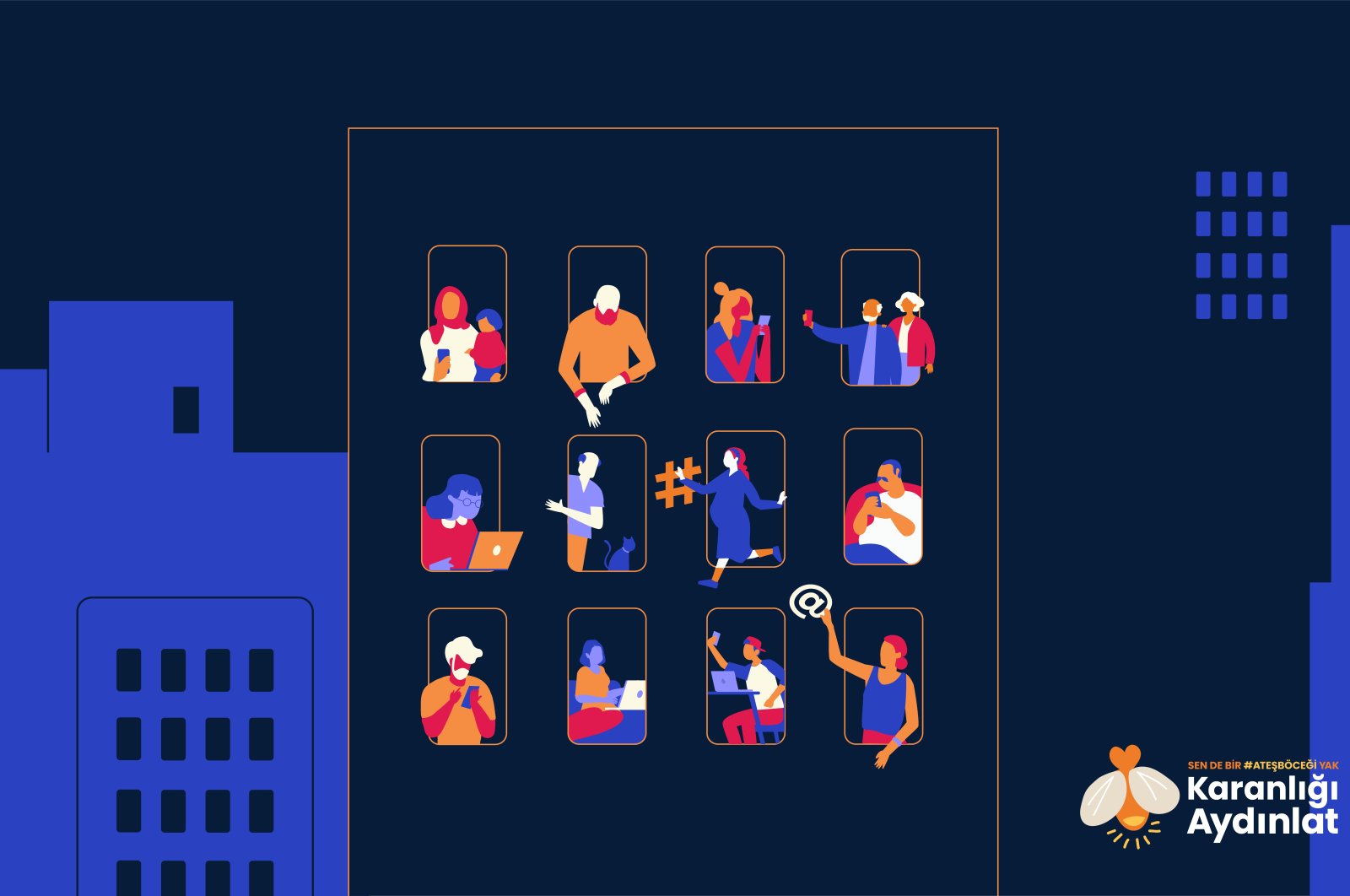 An illustration of the UN Women's “Light a firefly and light the dark” campaign. (Courtesy of UN Women Turkey)
by DAILY SABAH
Nov 25, 2020 2:39 pm

As part of its 16 Days of Activism against Gender-Based Violence campaign, U.N. Women has invited everyone to complete an interactive test about cyber violence at www.fireflies.digital, download a guide on how to combat violence and challenge their friends to join in to raise awareness. The United Nations' 16 Days of Activism begins on Nov. 25 and runs until Dec. 10, Human Rights Day.

Launched with the motto “Light a firefly and light the dark,” the campaign is expected to see support from celebrities and social media influencers across the world.

The project, the media partner of which is the Turkish Milliyet newspaper, is funded by the Swedish International Development Cooperation Agency (SIDA).

By clicking on the following links, you too can join and light up your screen to raise awareness:

Women and girls have been subjected to many forms of digital violence, such as physical threats, sexual harassment, stalking, cyberbullying and even zoombombing, when an uninvited person joins a Zoom meeting. This has been much worse during lockdowns, statistics have shown.