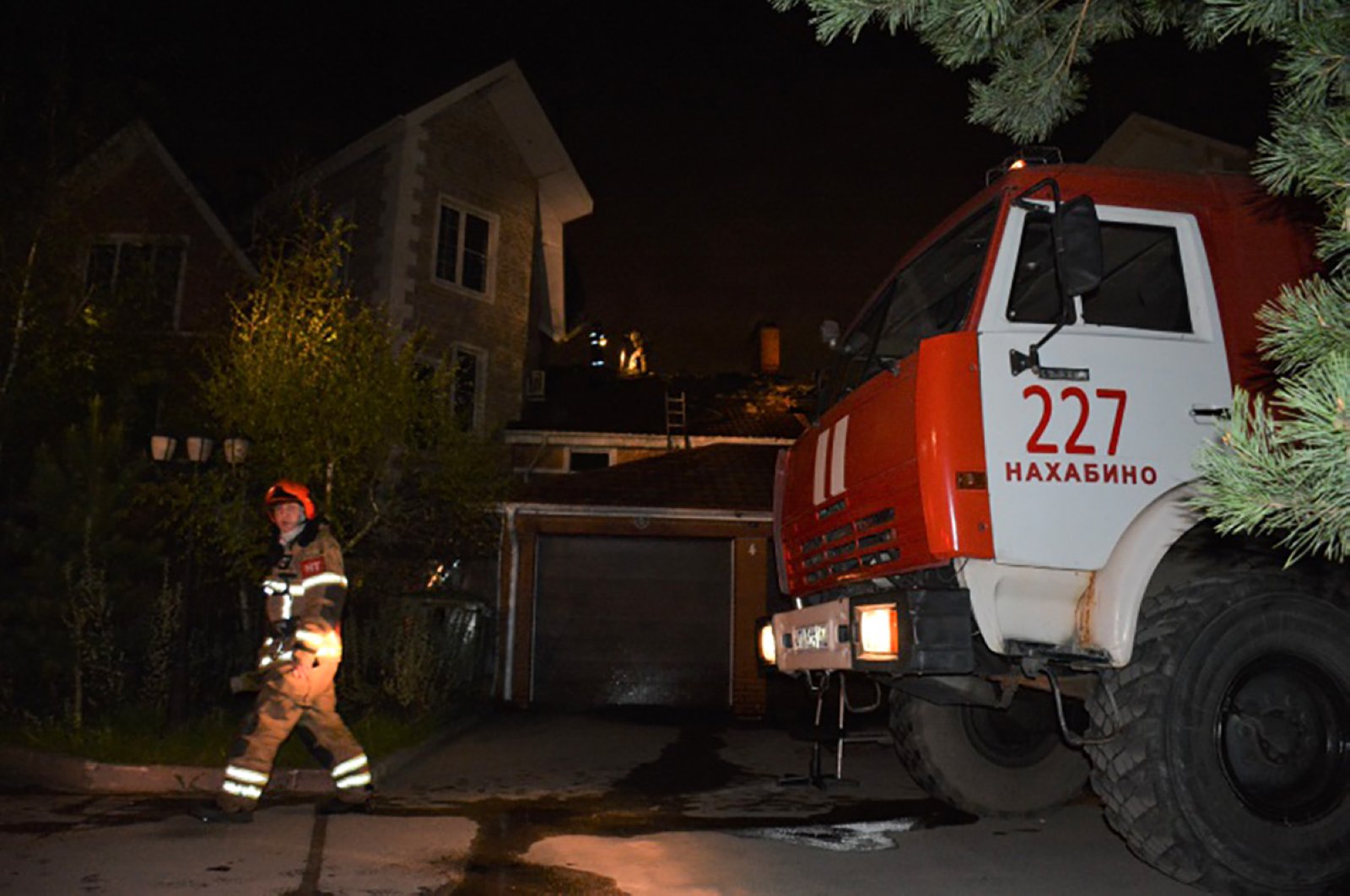 A fireman in front of a retirement home outside Moscow, after a fire broke out in the building, Krasnogorsk, Russia, May 11, 2020. (Russian Emergency Situations Ministry via AFP Photo)
by French Press Agency - AFP
May 11, 2020 12:10 pm

A fire broke out in a retirement home in the Moscow region, killing at least nine people, local authorities said Monday.

The blaze in the privately-owned care home in the town of Krasnogorsk started at around midnight Sunday and was extinguished within an hour, emergency services said.

"Nine people died on site and nine more were rushed to the hospital in serious condition and are being treated in intensive care," the Krasnogorsk municipal government said in a statement.

Russian news agencies said 37 people were in the building at the time of the fire.

Investigators said the victims whose burnt bodies were recovered were aged between 66 and 90.

They said a faulty electrical wire was a possible cause of the incident and launched a probe into fire safety violations.

They later detained the care home's manager, treating him as a suspect, news agencies reported.

Kommersant newspaper said many of the care home residents were not mobile and the employees were unable to carry them out despite the fire being small.

The blaze is the second such incident around Moscow in just over a month: investigators are probing another fire in an upscale retirement home in Moscow in April, which caused the deaths of six people.