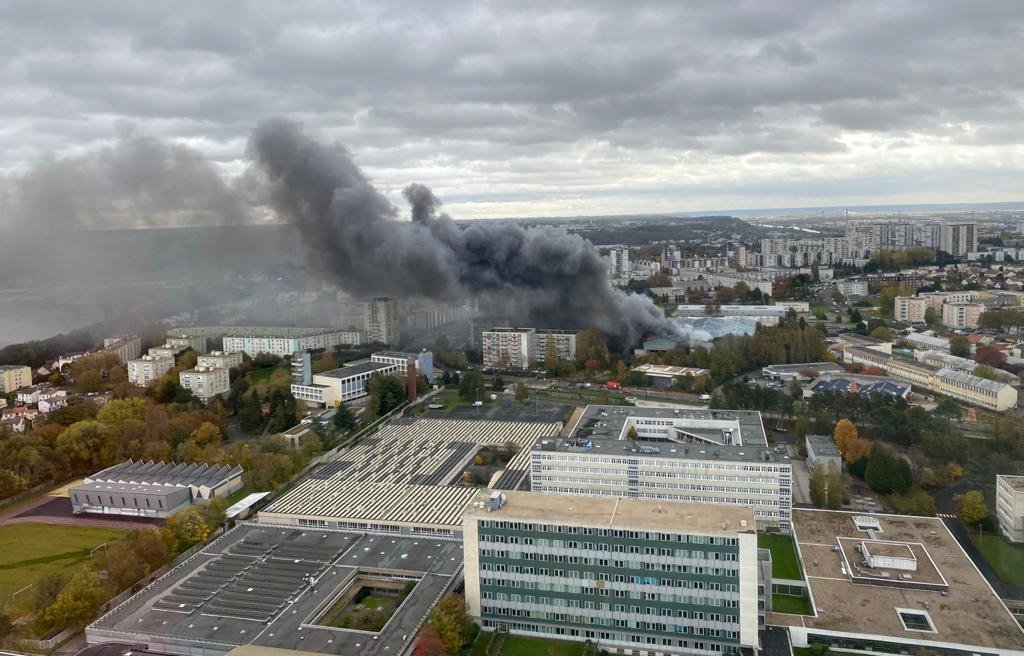 This grab taken from a video obtained by Civil Defence Agency of the French Government (Securite Civile) shows a fire broke out from a Lipton tea manufacturer warehouse in Le Havre on October 24, 2020. (Securite Civile / AFP Photo)
by REUTERS
Oct 24, 2020 5:25 pm

A major fire broke out on Saturday in an abandoned building in the northern French port city of Le Havre, sending huge clouds of black smoke into the air, police and local media sites said.

In a statement on Twitter, police said houses in the neighborhood of Le Havre's harbor were being evacuated.

Tendance Ouest radio reported on its Twitter feed that the fire was burning in an old Lipton warehouse. Local news websites showed smoke funneling skyward from the depot, visible kilometers away.

Le Havre is located in the Seine estuary and is one of France's biggest port cities.