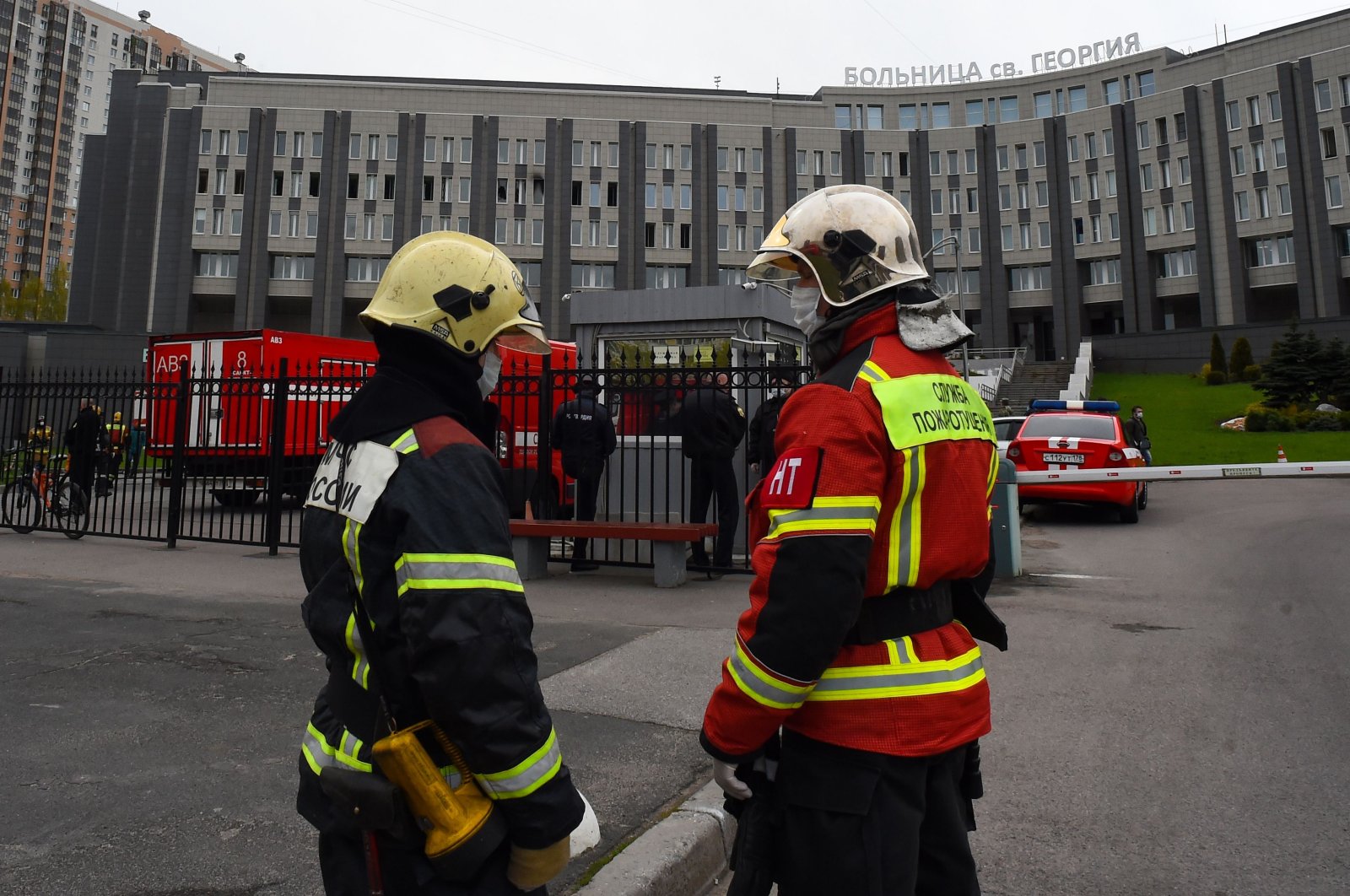 Five people died in a fire at a hospital for coronavirus patients in Russia's second-largest city of Saint Petersburg on Tuesday, with some victims attached to ventilators, officials said.

Another 150 people were evacuated after the blaze broke out on the sixth floor of the Saint George hospital, the emergencies ministry said, one of a string of fires in care facilities and clinics in Russia in recent days.

The blaze erupted after a ventilator in an intensive care ward treating 20 patients with the coronavirus burst into flames, one source told the TASS news agency.

The hospital had been repurposed to treat coronavirus patients and some of the dead patients had been connected to ventilators when the fire began.

Windows near the top floor of the hospital were blackened with soot as firefighters worked outside.

Four patients died in an intensive care ward, the city's Vyborg district attorney Pavel Danilov told Agence France-Presse (AFP), adding that the cause of death of the fifth person was being clarified.

"Everyone is shocked by what happened," said Svetlana Stepanova, a pensioner receiving treatment at the hospital.

"A fire in the hospital is a nightmare," she told AFP.

Saint Petersburg Gov. Alexander Beglov, citing preliminary information, said a short circuit in a ventilator was believed to be the cause of the fire.

"A ventilator has caught fire," his office said in a statement.

Roszdravnadzor, Russia's federal service for supervising health care, said it would check the quality and safety of the ventilators in the two hospitals, the RIA news agency reported.

Russia is relatively well stocked with ventilators and has increased domestic production since the coronavirus outbreak. But data, experts and some medics say many machines outside big cities are old.

In this case, however, the ventilator reported to have started the St. Petersburg fire was new, TASS reported, having only been installed this month.

Russia's Investigative Committee, which examines serious crimes, said it had launched a probe into the incident.

A fire at a Moscow hospital treating coronavirus patients last week killed one person and forced hundreds of others to evacuate.

On Monday, a fire broke out in a retirement home in the Moscow region, killing nine people.

With a total of 232,243 infections, Russia is the second most-infected country in the world, topped only by the United States, and followed by Spain and the U.K.

Russia's reported mortality rate is much lower compared to other European countries hit hard by the pandemic, with 107 new deaths and 2,116 dead from the coronavirus as of Tuesday.