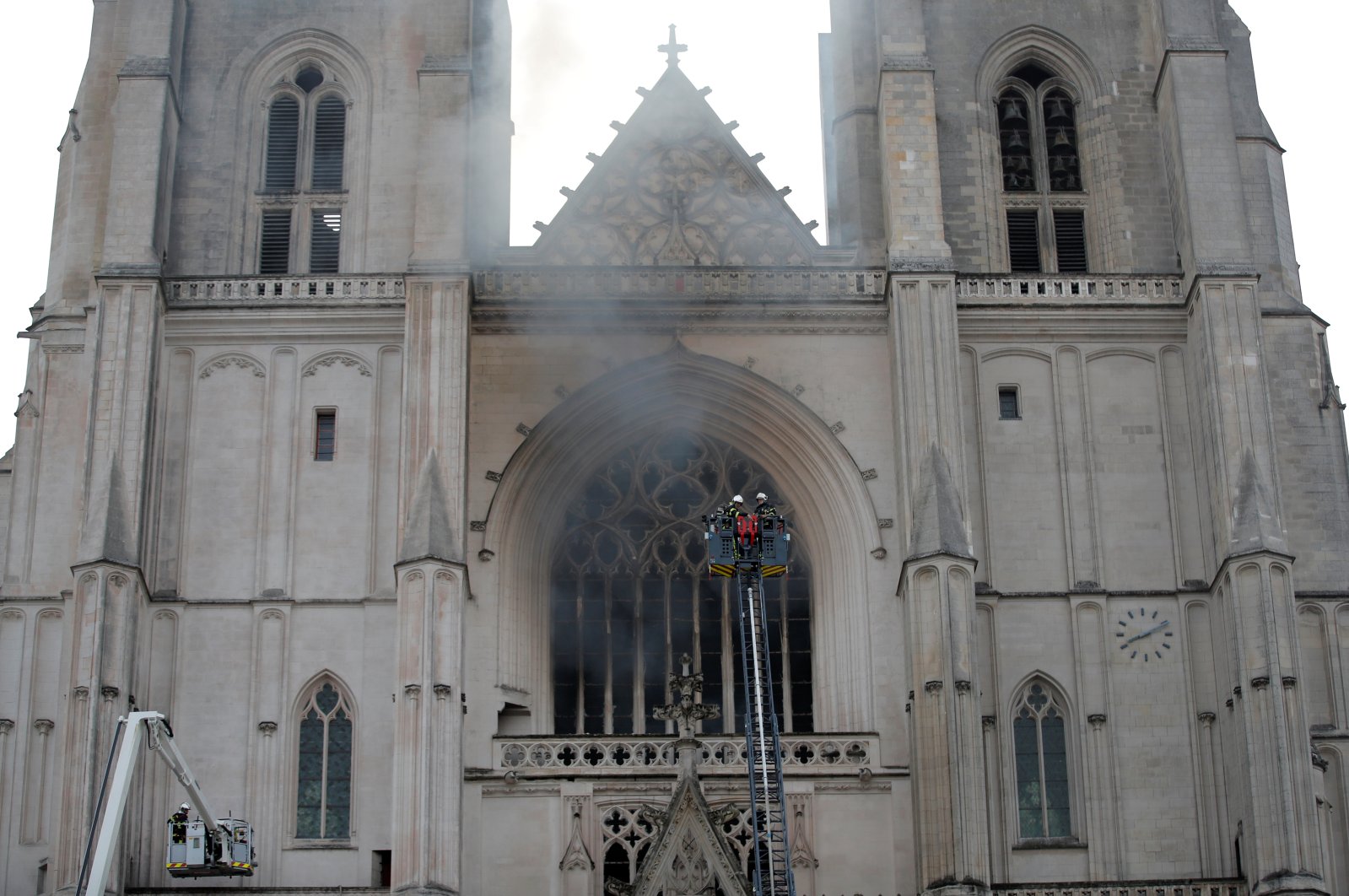 French firefighters battle a blaze at the Cathedral of Saint Pierre and Saint Paul in Nantes, France, July 18, 2020. (Reuters Photo)
by compiled from agencies Jul 18, 2020 10:16 am
RECOMMENDED

A blaze that broke inside the gothic cathedral in the French city of Nantes on Saturday has been contained, emergency officials said, adding that the damage was not comparable to last year's fire at Notre-Dame cathedral in Paris.

"The damage is concentrated on the organ, which seems to be completely destroyed. The platform is very unstable and could collapse," regional fire chief General Laurent Ferlay told a press briefing in front of the cathedral.

TV images showed smoke coming out of the 15th-century structure. The blaze comes just over a year after a major fire at the Notre Dame cathedral in Paris, which destroyed its roof and main spire.

Fire crews were alerted just before 08:00 am (0600 GMT) to the blaze at the Cathedral of St Peter and St Paul and around 100 personnel rushed to the scene.

Prime Minister Jean Castex said he would visit the scene later on Saturday.

"I want to know what happened but first I'm going to show my solidarity with the people of Nantes," Castex told reporters.

President Emmanuel Macron tweeted his "support for our firefighters who are taking all the risks to save this gothic jewel".

Cecile Renaud, who works in a bakery facing the cathedral and alerted the fire services early on Saturday, told BFM TV she had seen huge flames inside the building.

"It was a huge shock. It's extremely sad."

It is not the first time the cathedral has caught fire. It was partly destroyed during World War Two in 1944 after the Allied bombings. In 1972 a fire completely ravaged its roof. It was finally rebuilt 13 years later.