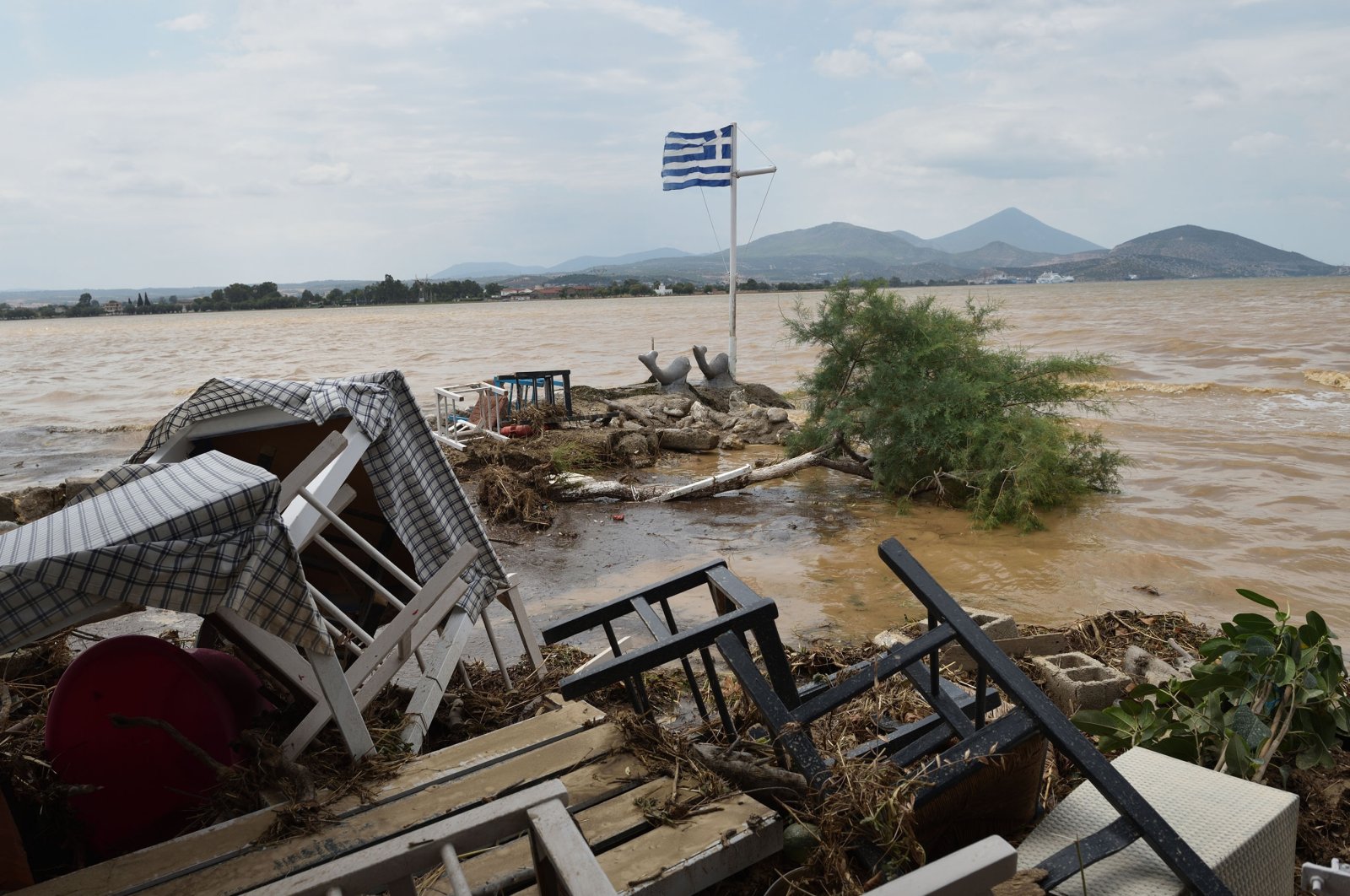 Dubbed Athena by Greek meteorologists, the storm caused "huge damage" to the road network near the coastal villages of Agia Anna and Psaropouli, a regional official told state broadcaster ERT.

"Dozens of homes have flooded ... torrents burst their banks (even though) the rain only lasted a couple of hours. This is a sign of a very tough winter to come," deputy central Greece governor for Evia George Kelaiditis told the channel.

There were no immediate reports of people trapped in homes or cars, he added.

Wildfires in July and August ravaged the islands of Evia and Rhodes as well as forests to the north and southeast of Athens, and parts of the Peloponnese peninsula.

Hundreds had to be evacuated and three people died as a result of the fires. Several others were hurt, some critically.

It took a huge international firefighting force from the EU and other countries to bring the blazes under control, but over 100,000 hectares (250,000 acres) were lost.

The government blamed the disaster on the worst heatwave the country had seen in decades.