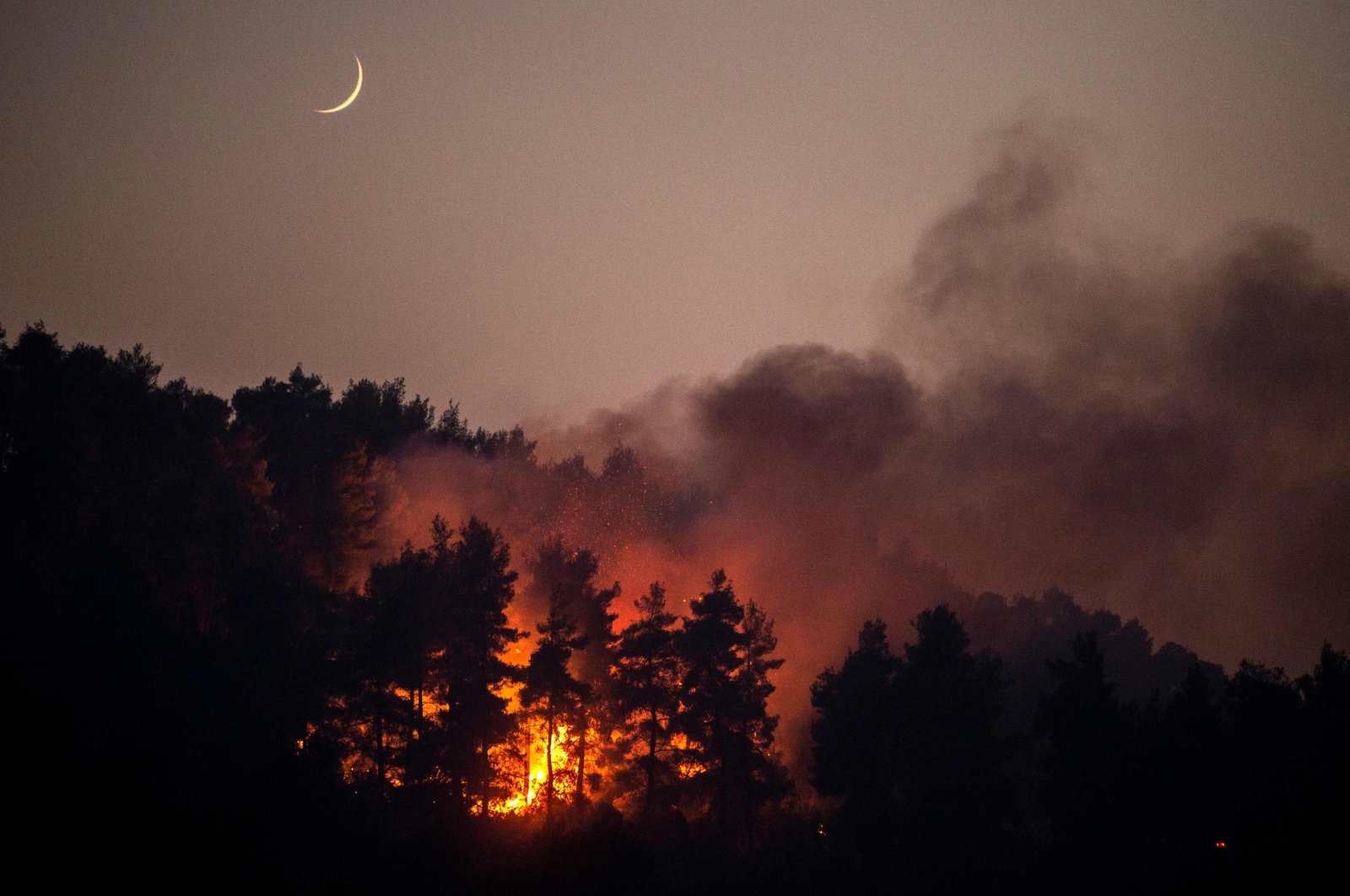 Greek firefighters battled to bring a new wildfire on Evia (Euboea) island under control on Saturday as forest fires continue to ravage the country.

The fire, in the southern part of Greece's second-largest island, was drawing closer to the village of Mesoxoria and forests nearby, according to the fire brigade.

The villagers were called on to evacuate.

Four firefighting aircraft, two firefighting helicopters and the members of 15 firefighting platoons were deployed on Saturday to bring the fire under control, according to the fire service.

Strong winds fanned the flames, as predicted earlier by the Greek Civil Defence that warned of wind in some parts of the country that could easily fuel emerging wildfires.

Fires burning in Evia over the past 12 days have already destroyed 50,000 hectares of land.

Meanwhile nationwide, hundreds of firefighters in Greece remain on alert even though the wildfires that have devastated the country in recent weeks are under control and largely extinguished.

The fire danger in large parts of the country is still "high" to "very high," according to the Civil Defence, noting the strong winds can turn a small flame into a large forest fire.

According to the fire brigade, 51 forest fires broke out between Friday and Saturday morning.

The seriously affected areas in the north of Athens, the island of Evia and the Peloponnese peninsula are especially of concern. The regions are also being monitored from the air, says the fire brigade.