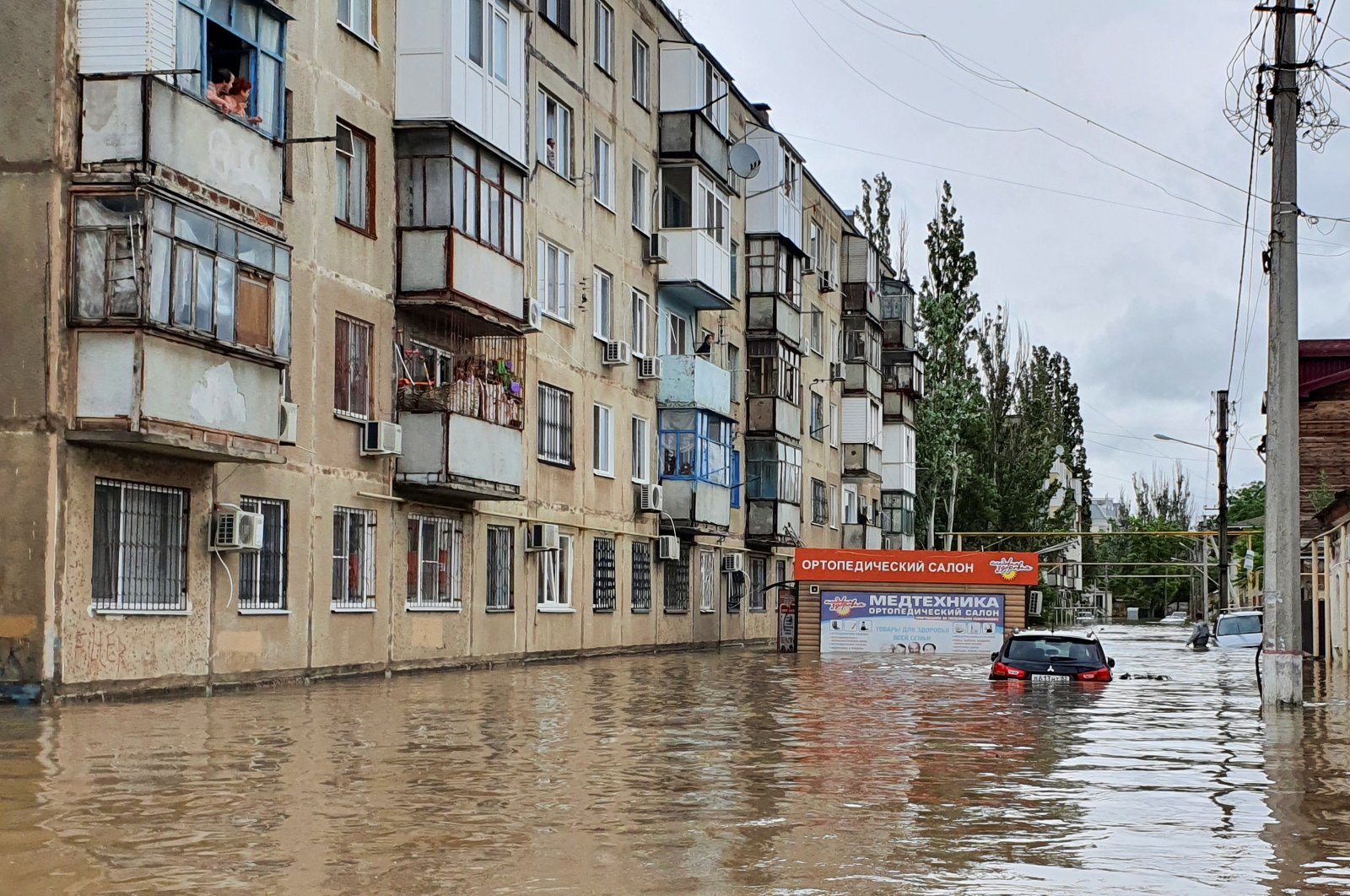 The southern city of Yalta on Friday announced a state of emergency, closed entry points and appealed to the Russian Navy for support.

Yalta's declaration followed a region-wide state of emergency Thursday after a cyclone struck the Black Sea peninsula and began lashing it with heavy rains.

On Thursday night alone, the peninsula was inundated with double the average monthly rainfall, according to estimates from Crimea's meteorological service. It predicted that the storm would subside by Monday.

Floods also hit the city of Kerch in the peninsula's east, where whole streets were submerged in water and hundreds of homes and a city hospital were affected.

Images circulating on social media Friday showed water rushing through Yalta's streets, sweeping aside cars and reaching up to the second story of buildings.

In a video address to residents, Yalta's head Yanina Pavlenko announced a state of emergency and said entry points to the city would be closed.

She said people in flooded areas were being evacuated from their homes but asked those who were not in immediate danger to stay put.

She later told journalists that she had appealed to the Russian Black Sea Fleet for support in evacuating residents.

The Crimean branch of the emergencies ministry said Friday that 49 people had been evacuated.

Pavlenko also asked residents to stock up on drinking water as the city would be temporarily shutting off its water supply, though she did not provide details on timing.

Russian news agencies reported that the flooding had affected the quality of Yalta's water treatment.

In a statement Friday, Crimea's largest state energy provider said the rainfall had left about 2,700 people without electricity.

The de facto head of Crimea, Sergei Aksyonov, said that he would appeal to President Vladimir Putin for financial assistance to cover the damage from the storm as well as to compensate victims.

Aksyonov had caused his own storm on social media Thursday after a video showed him touring the flooded city of Kerch by boat with three men swimming in its wake that he said were employees of the local emergencies ministry.

Russia annexed Crimea from Ukraine in 2014, a takeover that was not recognized by most countries.