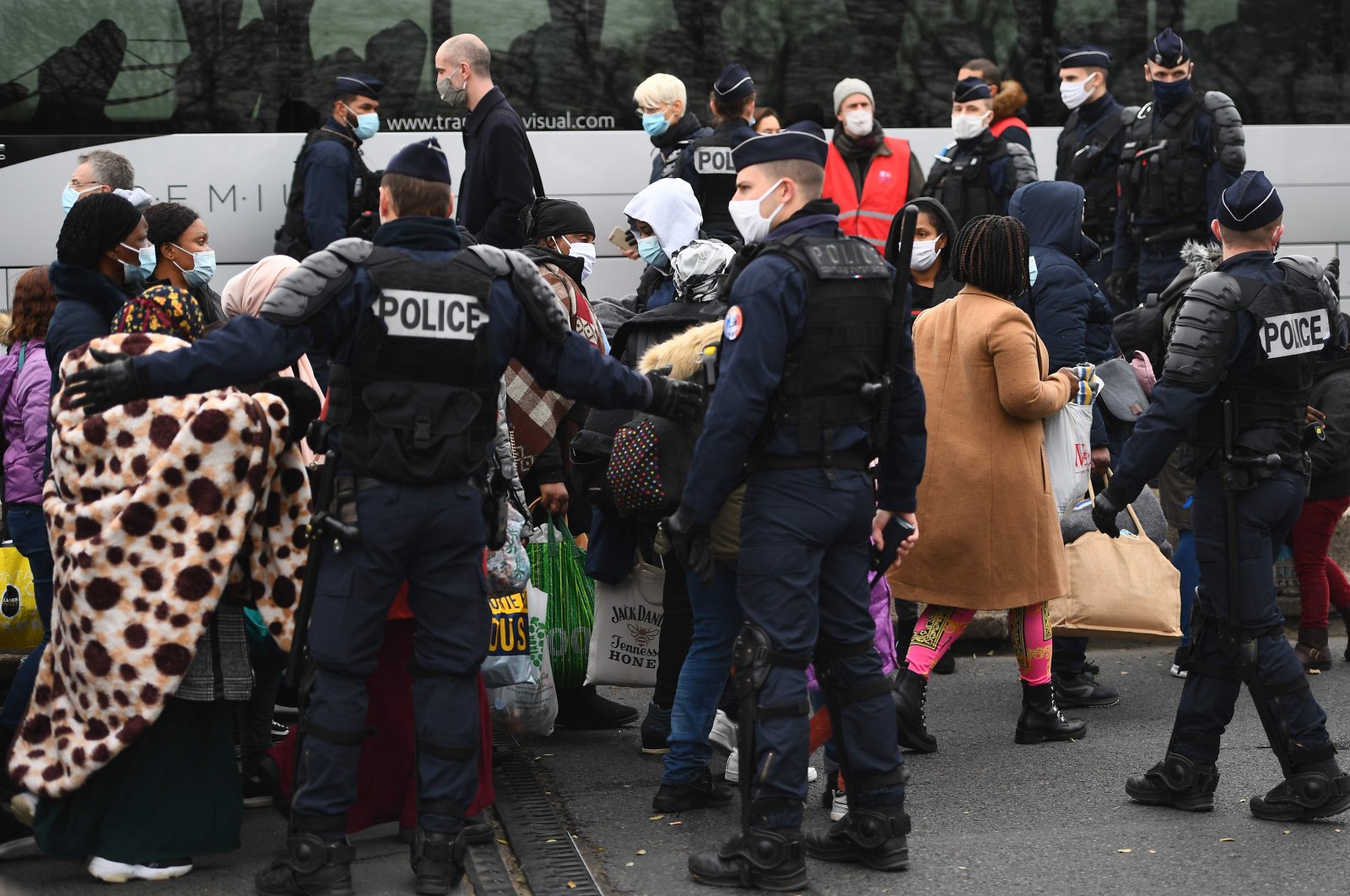 Migrants wait to be taken to shelters after French police raided a makeshift camp set up below the A1 highway in the north of Paris' popular suburb of Saint-Denis, France, Nov. 17, 2020. (AFP Photo)
by French Press Agency - AFP Nov 19, 2020 5:50 pm
RECOMMENDED

A video of migrants being hounded by French police as they try to get some sleep in a park after their camp was torn down prompted outrage from rights groups Thursday.

Footage of the migrants, who had been expelled Tuesday from an informal camp on the northern outskirts of Paris, being forced by the police to keep moving, was captured by journalist Remy Buisine and uploaded onto social media, where many users expressed disgust.

The videos show between 300 and 400 migrants carrying bags and blankets wandering the streets of the suburb of Aubervilliers, pursued by police ordering them to "get out" and "move."

Yann Manzi of migrant support group Utopia56 told Agence France-Press (AFP) they were among about 1,000 people who were left on the street from a total of about 3,000 who were evacuated from a camp in the Saint-Denis area north of Paris earlier in the week.

Aid workers scrambled to distribute food and blankets to the abandoned migrants, "and we followed them all night as they were being chased by police, until 5 a.m.," Manzi said.

"It is inhuman. The aim of the police is clearly just to drive them crazy, to break up these groups and to arrest some of them ... to make the 1,000 abandoned people disappear," he added.

An official in the Seine-Sant-Denis region, where Aubervilliers is located, said preventing informal settlement was part of the police's "normal work."

On Tuesday, the authorities had said that people cleared from a sprawling migrant camp next to the Stade de France stadium would be taken to shelters and sports halls.

The head of security for the greater Paris region later admitted that the shelters did not have space for everyone.

Social media users denounced the behavior of the police, who have also been accused of harassing migrants to prevent them from setting up camp in the northern port of Calais, a key hub on the European migrant route.