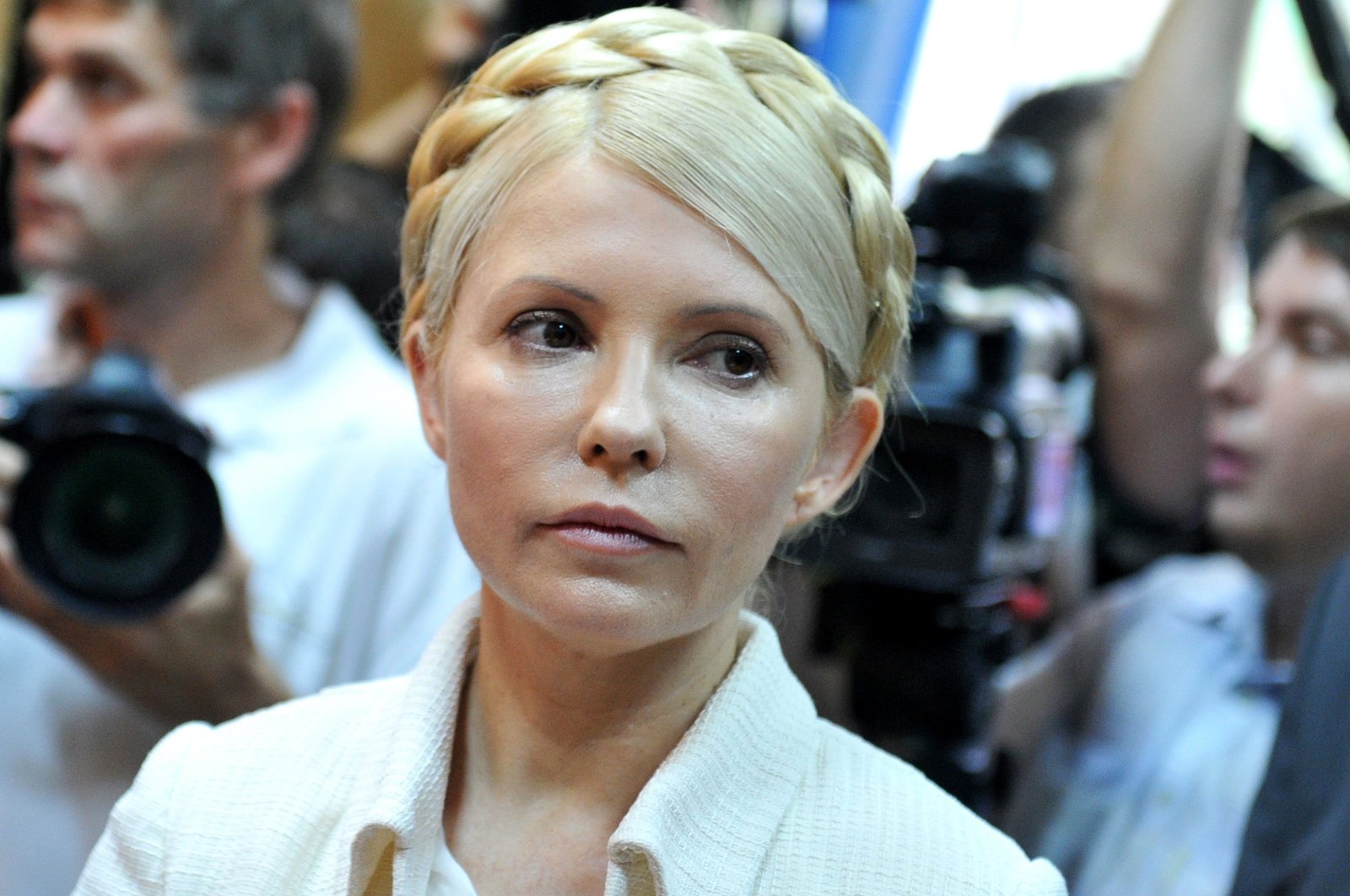 In this photograph taken on June 24, 2011 Ukraine's ex-prime minister Yulia Tymoshenko looks on at the beginning her court hearing in Kiev. (AFP Photo)
by Compiled from Wire Services Aug 23, 2020 5:32 pm
RECOMMENDED

Former Ukrainian prime minister Yulia Tymoshenko has tested positive for the novel coronavirus and is in serious condition with a fever, her party’s spokeswoman said Sunday.

Tymoshenko, 59, who twice served as premier before her defeat in the 2010 presidential election, became the first high-profile Ukrainian politician known to have contracted COVID-19. Parliament has been on summer vacation since mid-July.

“Her condition is assessed as serious, her temperature is up to 39 (Celsius),” the spokeswoman for her Fatherland party Marina Soroka said, declining to say whether Tymoshenko had been hospitalized or give further detail.

"She is fighting," Soroka added.

Ukraine has experienced a sharp rise in infections this week, with a new 24-hour total of 2,328 cases reported on Saturday. [L8N2FO0N6] The overall number of infections reached 104,958 along with 2,271 deaths.

Tymoshenko rose to prominence as co-leader of Ukraine’s Orange Revolution in 2004 in which pro-Western Viktor Yushchenko was confirmed as president after a court declared the election result to have been rigged in favour of his pro-Moscow foe.

She served twice as prime minister under Yushchenko before the two fell out after years of political turmoil.

Tymoshenko ran for president in 2010 and lost to Russian-backed Viktor Yanukovich and in 2011 was sentenced to seven years in prison on abuse of office charges, which she denied, calling the accusations politically motivated.

She was freed from prison in early 2014 after Yanukovich was toppled in a popular uprising that put Ukraine on a path away from former Soviet master Moscow toward closer ties with the European Union and the United States.

Since the beginning of the outbreak, the virus has claimed 2,271 lives in Ukraine while 51,735 people have recovered.

The infection was first confirmed on March 3 in the western city of Chernivtsi. On March 17, authorities announced a nationwide lockdown.

Since Aug. 1, Ukrainian regions are divided into four zones, where different restrictions apply depending on the epidemic situation.